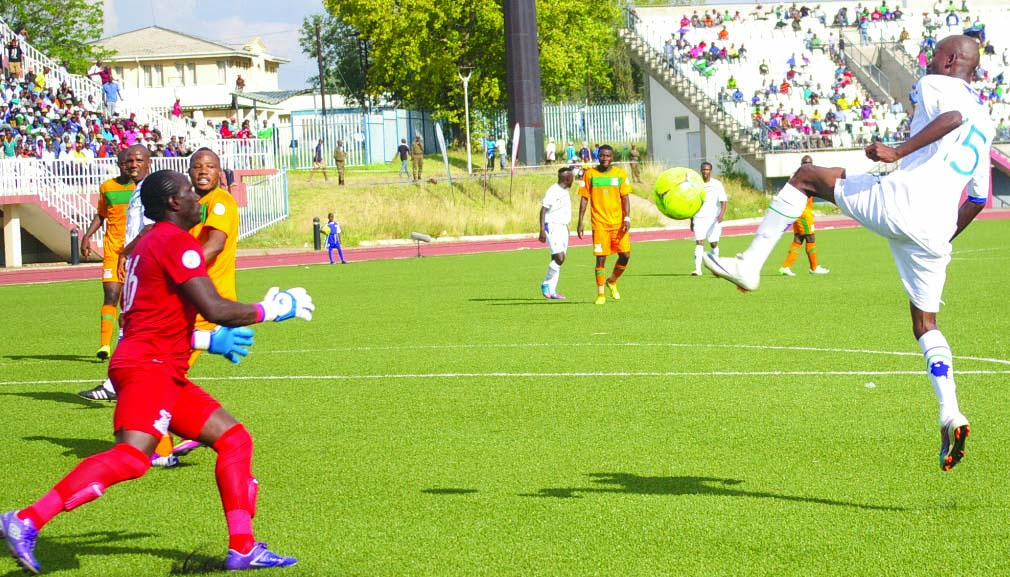 National team interim coach Seephephe Matete has shaken-up his squad ahead of the group stage of the 2015 Africa Cup of Nations (Afcon) qualifiers.

Lesotho face Burkina Faso, Angola and Gabon in Group C of the final qualifiers, which begin next month and Matete has dropped three players—America-based Jane Tšotleho, and the Matlama duo of Phafa Tšosane and Sepiriti Malefane—who were part of the knockout stage of the continental football  competition.

According to the team’s assistant coach, Halemakale Mahlaha, the trio has been replaced by Bantu’s Litšepe Marabe, Lehlomela Ramabele of Likhopo and Matlama’s Lisema Lebokollane, at-least for the first two matches against Burkina Faso and Gabon set for 6 and 10 September in Ouagadougou and Maseru, respectively.

Mahlaha, however, emphasised the axed players would remain part of Likuena, as the national football team is popularly known, as well as the coaches’ future plans.

“We felt there was need to reinforce our attack, but the three players who have been dropped remain part of our plans going forward as there are many matches to come in the group stage of the qualifiers,” Mahlaha said.

Likuena, he added, returned to training on Monday this week after a short break which followed their qualification for the group stage early this month, at the expense of Kenya.

“We started training on Monday and the players will only be with us for three days, until we start fulltime camp on Sunday. This is to allow them to be with their respective teams on Thursday and Friday since the 2014/15 season begins on Saturday, 23 August. After the weekend’s first matches of the season, the players would then be in camp fulltime, and only be released on Fridays to play for their respective clubs,” Mahlaha added.

According to Mahlaha, the team would be watching videos of their Group C opponents to ensure they are ready for them when the fixtures begin on 6 September.

Mahlaha added: “We are hoping the changes we have brought into the team, especially Marabe and Ramabele, will improve the firepower in our striking department, while Lebokollane is a very versatile player and gives us options in defence and midfield.

“As far as our defenders are concerned, it is obvious we are happy about them because they only conceded once in four matches, which proves they have been very solid.

“Our worry had been in attack, hence the change to bring the two players who have been part of the team before.”

Mahlaha, who has coached two of Lesotho’s biggest clubs, Lioli and Matlama, also told the Lesotho Times the current Likuena squad was good enough to ensure the country qualifies for its maiden Afcon competition .

Mahlaha also noted star-player Bokang Mothoana was close to full recovery and could be ready for next month’s matches against Burkina Faso and Gabon.

Pageant to show the ropes of modelling

The long wait is finally over