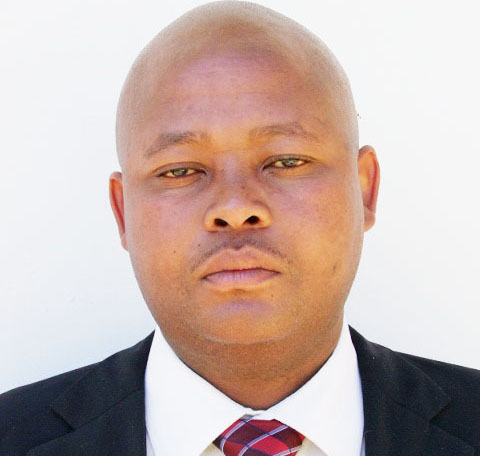 MAKHOAKHOENG Principal Chief Tumane Thaabe Matela on Monday pleaded with High Court judge Justice Tšeliso Monaphathi to dissolve his marriage on the grounds his wife had deserted their matrimonial home.

The 36-year-old chief told Justice Monaphathi his wife, ‘Mathaabe, left their Makhoakhoeng home in 2008, and he had since failed to bring her back.

Senator Matela told the court according to Basotho custom, a principal chief’s wife should stay with her husband to familiarize herself with chieftainship affairs. He denied filing for divorce because of his alleged infidelity and failure to have a son with ‘Mathaabe.

“My wife is a teacher at Motimposo Primary School in Maseru. Our marital problems started in 2008 when we were still staying in Sea Point in Maseru. That was just before I was inaugurated Principal Chief of Makhoakhoeng.”

His wife, the Senator added, subsequently went to their marital home in Makhoakhoeng, in Butha-Buthe district.

“However, when I arrived in Makhoakhoeng, she had left the matrimonial home for Khubetsoana.

“I made several attempts to bring her home, but I failed. At first, she used to attend family functions although still living in Khubetsoana. However, she has since stopped attending them and I realised she had already made-up her mind to desert the family,” he said.

But Senator Matela made a surprising revelation that he used to visit his wife in Khubetsoana, resulting in the birth of their second daughter in 2011.

Asked by Justice Monaphathi if he would accept his wife back should she decide to return home, the youthful chief was emphatic.

“No! I don’t need her anymore,” he declared. “I am now afraid of her because I have learnt she has become a liar. I only ask this honourable court to dissolve the marriage.”

Senator Matela also refuted allegations that he had an extramarital affair with one ‘Mamotebo Majalle, hence his decision to seek divorce.

The allegations were put to him by his wife’s lawyer, Advocate Lerotholi, during cross-examination.

“I put it to you that the defendant was evicted from home so that you could stay freely with one ‘Mamotebo Majalle you had an extramarital affair with.

“The defendant also says you have always been happy together and you would frequently visit her in Khubetsoana to the extent that you even enjoyed conjugal rights together,” Advocate Lerotholi said.

In response, the Senator denied the affair with Majalle, insisting he only knew her as one of his old schoolmates.

However, he admitted visiting his wife in Khubetsoana until 2011, but denied seeking divorce for fear he might not have a successor from his own house as his wife does not have a son.

“The main reason you want her out is she hasn’t given birth to a male child.

“You are under pressure because you want a male child to inherit your throne and part of the pressure comes from your mother,” Advocate Lerotholi said.

However, the Senator denied the allegations, insisting he wanted the divorce simply because his wife had deserted the matrimonial home.

Leribe counts down to arts festival

‘We need to be partners in growth’