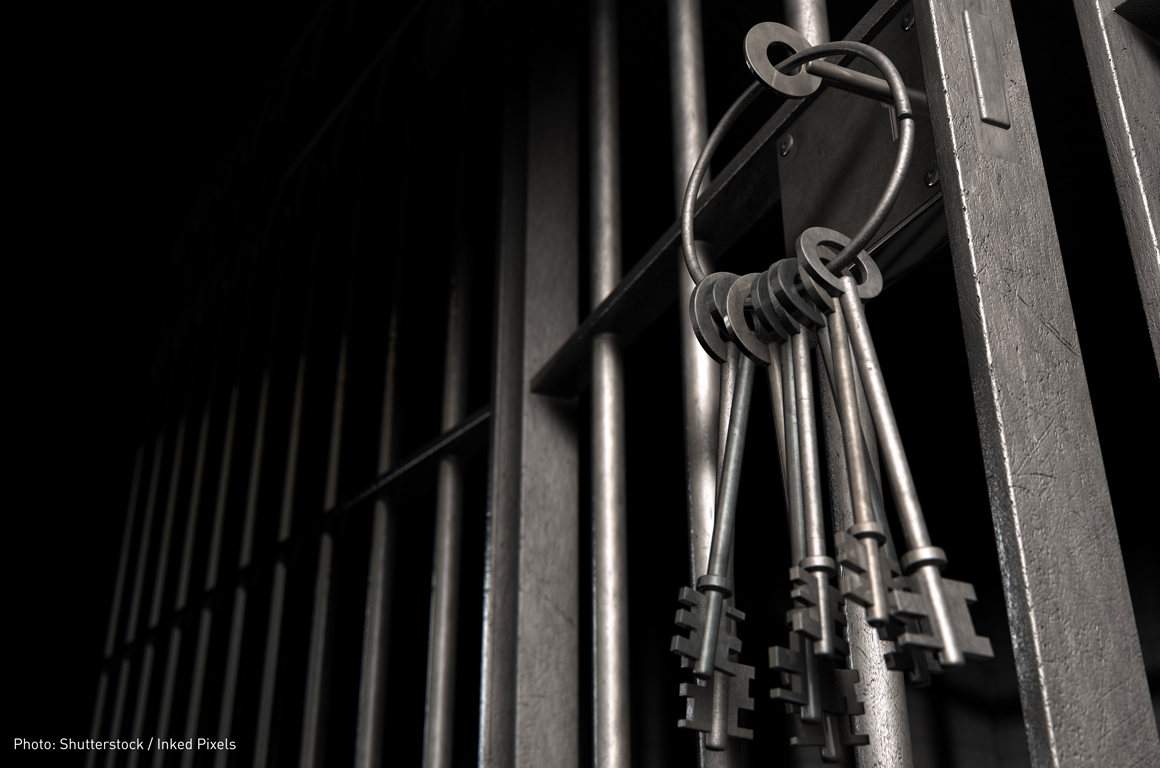 ACTING Lesotho Correctional Services (LCS) Commissioner, Chabana Majara, has come under fire from some senior correctional service officers for his decision to break-up the service’s Special Weapons and Tactics (SWAT) team which is responsible for the security of high-profile inmates.

The officers who spoke to the Lesotho Times on condition of anonymity said Commissioner Majara’s decision to transfer some SWAT members and replace them with officers who had not undergone the specialised training required to guard high-profile inmates severely compromised security at prisons.

They said that without highly trained guards, there was a real danger that the inmates could escape from custody. Former army commander Lieutenant General (Lt-Gen) Tlali Kamoli is among several high-profile inmates currently locked up at the Maseru Maximum Prison. Other high-profile suspects are Major Pitso Ramoepana, Captain Litekanyo Nyakane and police Senior Superintendent Thabo Tšukulu

They have been locked up since 2017 when they were arrested on various murder and attempted murder charges including the murder of former army commander Maaparankoe Mahao. They also face treason charges in connection with the 30 August 2014 attempted coup against the first government of former Prime Minister Thomas Thabane.

The high-profile inmates have always been guarded by a highly trained SWAT team. During the tenure of former LCS Commissioner Thabang Mothepu, the SWAT team underwent further specialised training in Zimbabwe to enhance their skills to guard and escort high profile inmates to and from the courts.

Commissioner Mothepu was at the helm of the LCS from 2018 until 24 July 2020 when he was sent packing by Prime Minister Moeketsi Majoro over a host of issues including his alleged irregular appointment by Mr Thabane.

Since taking over, Commissioner Majara is said to have effectively disbanded the SWAT team by transferring most of its members to other departments.

LCS spokesperson, Assistant Superintendent Pheko Ntobane, confirmed the transfer of the SWAT members to other departments. Ass Supt Ntobane conceded that those brought in to replace the transferred officers might not be as skilled because they had not attended the latest training courses. He however, said they were more than competent to guard the high-profile inmates.

“The high-profile inmates’ security has been compromised by the removal of the highly trained team of SWAT officers who have been guarding them all along,” a source told the Lesotho Times this week.

“The Commissioner (Majara) has since transferred those SWAT members to different posts which do not require their specialised skills. The SWAT team has effectively been disbanded because it has been replaced by officers who do not possess specialised skills to guard inmates deemed extremely dangerous.”

Another source said the LCS could already have paid dearly for Commissioner Majara’s “inexplicable” move to replace the highly qualified SWAT team two months ago. This after the new security team deployed to guard the high-profile inmates left a cell housing one of the big-name prisoners unlocked for the entire night.

“Fortunately, the inmate did not take advantage of the negligence to escape.  Investigations are still ongoing into the matter,” another source said.

Asst Supt Ntobane admitted that some SWAT members had been relieved of their guard duties and transferred to other departments.

“However, it is wrong to say the SWAT has been completely disbanded. We cannot function without a SWAT team because there are high profile suspects and that requires us to have highly trained personnel guarding them.

“The positions left vacant by those who have been transferred have been filled by other LCS officers. I think the acting commissioner used his own discretion after consulting with his assistants to transfer them.

“I think the transfers were done in a manner which took into the account the security of the high-profile inmates. Their security was top priority,” Asst Supt Ntobane said.

He however, conceded that those brought in to replace the transferred officers might not be as skilled as those they were replacing.

“This (SWAT) unit was not created during Ntate Mothepu’s tenure. It was there long before he was appointed commissioner.

“The inmates that we label high-profile have always been there and the SWAT team was there to guard them. This means that there were some LCS officers who underwent SWAT training before Ntate Mothepu’s time.

“But we should not run away from the fact that any training should be updated to be able to respond to current challenges. Those who have been transferred from the SWAT unit had just come back from a fresh training programme which was probably more relevant compared to the one conducted in earlier years during (former LCS Commissioner) Mme (‘Matefo) Makhalemele’s era.

“The recent training was more relevant but that does not mean that those who attended trainings prior to Ntate Mothepu’s era were not SWAT members. They remain members even though their training may be outdated. I don’t know the acting commissioner’s thinking about the new SWAT members but I think they will attend refresher courses.

“There are always trainings for LCS officers. Ntate Majara will send people to different training programmes. I have heard something along those lines but I cannot deny or confirm it,” Asst Supt Ntobane said.

He also confirmed that there was a prison cell which was left unlocked, saying the matter was still under investigation.

H, however, denied that it housed high profile inmates.

“I can tell you that it is not true that the cell left unlocked housed a high-profile inmate.

“High-profile inmates are locked up in the maximum prison and they stay in single rooms. Some are locked in cells with people who have been given the death sentence.

“I know for a fact that the acting commissioner formed a panel to attend to those issues. I am aware that the panel has not issued a report as we speak. I am also aware that the investigations involve the police as well. Please allow me not to comment further on the issue for now,” Asst Supt Ntobane said.

He also confirmed that some of the vehicles allocated to the SWAT team had been withdrawn.

He said the vehicles were withdrawn because they were too many and being under-utilised. He however, said the SWAT team could always access them upon request.

“The SWAT team was allocated a large fleet of LCS vehicles which remain idle most of the time and therefore they were taken away from them. The team now has to make a request whenever it needs the vehicles,” Asst Supt Ntobane said.

Despite his assurances that the withdrawal of the vehicles had not compromised the SWAT team’s work, the Lesotho Times has observed that there are now serious problems in transporting the high-profile inmates to and from the courts for their cases.

Judges presiding over the high-profile cases often complain about the LCS’ failure to bring the accused to court on time. They usually arrive at about 11am for court proceedings set down for 9.30am.

The SWAT team used to transport the suspects in a large convoy. The police’s Special Operations Unit (SOU) used to be part of the convoy but that is no longer the case. The current SWAT team has a much smaller convoy and makes several trips to court especially when the cases are running concurrently thus delaying the court proceedings. This is most likely due to the shortage of vehicles.

Two months ago, when two South African soldiers were arrested for illegally crossing into Lesotho, it became a problem to bring them to court from the Maseru prison for their bail hearing.

Although their bail fees were paid at about midday, they were only brought to court at about 4pm for the reading of their bail conditions because there were no vehicles to transport them before then.