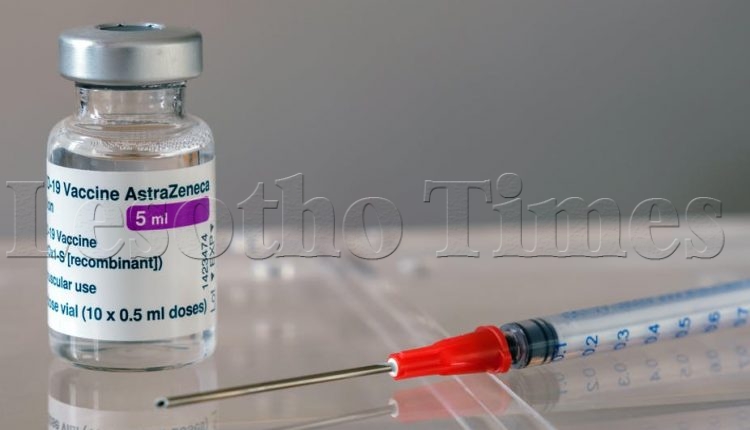 Addressing parliament this week, Mr Sekatle said the government would this time also procure Johnson & Johnson vaccines in addition to the AstraZeneca vaccines.

“Until now we have only received 36 000 AstraZeneca vaccines but the Ministry of Health is waiting for more vaccines to arrive in the country in May,” Mr Sekatle said.

He said Lesotho was expecting 1 156 806 doses of the Johnson & Johnson vaccines from the African Union (AU). He said the government had since paid a M25 million deposit which amounts to 15 percent of the total cost of the vaccines.

He said in addition, Lesotho was expecting 946 253 AstraZeneca and Johnson & Johnson vaccines from the COVAX facility.

The COVAX facility is a fully subsidised initiative of the World Health Organisation (WHO) to enable poor countries like Lesotho to get free vaccines covering 20 percent of their respective populations. Lesotho has approximately 2, 1 million people and 20 percent amounts to about 400 000 people.

This means that the country will have to procure its own vaccines for the remaining people to be vaccinated excluding those who are under the age of 16. The Ministry of Health has said those below the age of 16 will not be vaccinated due to safety concerns as the vaccines have not been tested on people in that age bracket.

Lesotho received the first batch of AstraZeneca vaccines on 3 March 2021. The 36 000 doses enabled the government to roll out its mass vaccination programme a week later. King Letsie III and Prime Minister Moeketsi Majoro were among the first to vaccinated against the deadly virus which had infected 10 720 people and killed 316 by yesterday in Lesotho.

The vaccination campaign was then spread to essential workers such as health workers and media practitioners. The ministry has also begun vaccinating the elderly and those with life-threatening conditions like HIV/AIDS and tuberculosis.

To date, the ministry has vaccinated 20 267 people, Mr Sekatle said.

How WAMPP is working with farmers to help them use…