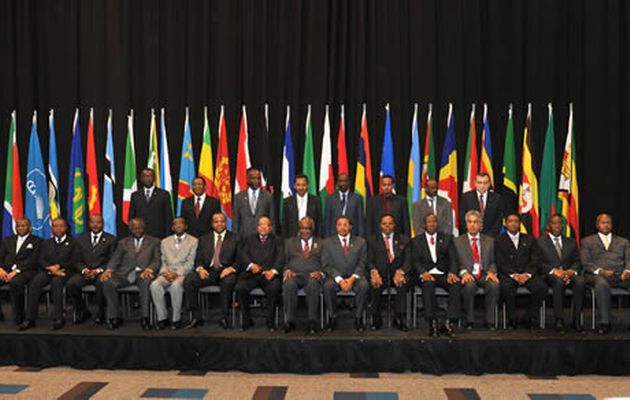 LESOTHO suffered the embarrassment of failing to secure the Southern African Development Community (SADC) Organ on Politics, Defence and Security Cooperation chairmanship on Sunday owing to the political instability and security agency feuds bedeviling the kingdom.

While other supposedly troubled states such as Madagascar and Zimbabwe came back to the SADC fold, with the latter assuming the regional bloc’s chairmanship, Lesotho seems to be taking the opposite direction.

Following the peaceful transfer of power in 2012, Basotho rightfully thought the kingdom had turned a corner from the days of instability which, in 1998, resulted in SADC’s military intervention to quell a coup d’état. We have certainly come a long way from that regrettable era in our history and being labelled a troubled state.

However, the 34th Summit of SADC Heads of State and Government brought to bear the reality that Lesotho still has a long way to go. In the aftermath of this rebuttal by the regional bloc, the natural knee-jerk reaction for the powers that be is to embark on a witch-hunt with ire already directed at the Lesotho Council of Nongovernmental Organisations (LCN) leaders who have been accused of influencing SADC’s decision. But the facts speak for themselves. SADC did not need to be convinced by anyone on the current state of Lesotho’s body politic. The regional bloc has over the course of this year been roped in to mediate in the still unresolved turf war between the Lesotho Defence Force (LDF) and Lesotho Mounted Police Service.

The intervention was precipitated by the LDF’s ignoring a request by the LMPS to release eight soldiers needed to help with investigations into the simultaneous bombings on the homes of Police Commissioner Khothatso Tšooana in Tšieng Ha-Abia, and Prime Minister Thomas Thabane’s partner, Liabiloe Ramoholi, and her neighbour ‘Mamoletsane Moletsane in Moshoeshoe II.

Subsequent visits by Namibian President Hifikepunye Pohamba and South African President Jacob Zuma to amicably resolve the impasse between the coalition government parties, namely the Lesotho Congress for Democracy (LCD), All Basotho Convention (ABC) and Basotho National Party (BNP), were in vain with Prime Minister Thomas Thabane not meeting the deadline to remove barriers which have stalled progress in finding a lasting solution to the parties’ differences.

Dr Thabane was supposed, by 14 August, to have re-opened parliament as the LCD reciprocated by terminating its 11 June agreement with the main opposition Democratic Congress. As if that is not enough, Commonwealth envoy, Rajen Prasad’s recommendations have remained unimplemented more than a month after the New Zealander handed it over to the three partners.

While the DC have been rightly accused of throwing spanners in the coalition government works, the ruling parties oftentimes tend to be their own worst enemies. It is clear what the coalition government needs to do to reclaim their place in the region; stop squabbling and put their house in order. Elsewhere in this edition Sports Minister and BNP leader Thesele ‘Maseribane hit the nail on the head when he said the on-going bickering between the country’s leaders left the bloc doubting the country’s capacity to lead such a crucial structure.

“We have a lot of unresolved issues as a country and have to first resolve them before assuming the chairmanship of the Organ,” said Chief ‘Maseribane.

“We recommended, as a country, that because we had serious political, defence and security issues, that we be allowed time to clean our house.”

Let’s hope cooler heads, such as that of Chief ‘Maseribane, prevail as the nation grapples with SADC’s snub.
Ironically, this time last year, Dr Thabane was lecturing the leaders of Madagscar and Zimbabwe on what SADC expects of them in as far as governance is concerned.

“Sadc is serious about the affairs of those countries and we are not going to allow them to do as they like,” Thabane said, adding: “Democracy must be left to prevail.”

Indeed, Mr Prime Minister! Hopefully you will heed your own advice.

The ideal of Pan Africanism is dead

Commissioner Molibeli has failed and must go;…