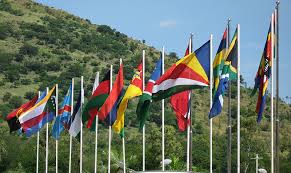 The SADC troika on Politics, Defence and Security Cooperation chaired by Mozambique President Felipe Nyusi, is expected to meet in Botswana next week to discuss Justice Mpaphi Phumaphi’s report on Lesotho’s instability, among other issues.

Lieutenant-General Mahao was killed on 25 June 2015 just outside Maseru during an army operation to arrest soldiers suspected of being part of an alleged plot to topple the LDF command.

He had had been fingered as the ringleader of the soldiers involved in the alleged mutiny, with the military later announcing Lt-Gen Mahao was shot while resisting arrest.

Soon after the killing, Prime Minister Pakalitha Mosisili asked SADC to help establish the circumstances surrounding the shooting, resulting in the Phumaphi-led commission.

However, despite completing its probe on 23 October 2015, and submitting its findings to the regional bloc last month, the Phumaphi report has not yet been made public after one of the people interviewed by the Commission, Lt-Col Tefo Hashatsi challenged its legality in the High Court. The case continues in the High Court on 18-19 January 2016 and government has since said it would only receive the Phumaphi report when Lt-Col Hashatsi’s challenge has been finalised.

Although SADC has expressed concern over the court case, government has refused to budge on its stance regarding Lt-Col Hashatsi’s challenge. Lt-Col Hashatsi on 16 October 2015 filed an urgent application seeking to block the inquiry as he accused it of bias against him.

The Special Forces commander alleged in his court papers this bias was clear during his first appearance before the commission on 17 September 2015 when Justice Phumaphi suggested he participated in the killing of Lt-Gen Mahao.

However, the Lesotho Times established yesterday that the SADC troika comprising Mr Nyusi, President Jacob Zuma of South Africa, and Tanzania President John Magufuli would be meeting at the SADC secretariat in Gaborone on Monday to discuss the way forward regarding the report.

SADC Executive Secretary Lawrence Stergomena Tax yesterday confirmed Monday’s meeting but would not give any details.

“The troika meeting will be on Monday, 18 January 2016, in Botswana but I cannot disclose the agenda because it is confidential,” Ms Tax told the Lesotho Times.

But sources close to the matter told the Lesotho Times that the Phumaphi report would top the agenda in Monday’s meeting.

“Judge Phumaphi’s report is the main reason why the meeting has been convened. This summit follows the one held in Sandton, South Africa, last month, where the report was submitted to the SADC troika, but was not discussed,” said the source.

It was at the 6 December 2015 meeting in Sandton that the troika mandated the SADC facilitator in Lesotho, South African deputy president Cyril Ramaphosa, to “expeditiously communicate the concerns of SADC to the Kingdom of Lesotho,” regarding Lt-Col Hashatsi’s case.

Critics believe the court case is just a ploy to frustrate SADC and delay the release of the report, many believe could help restore stability to Lesotho.

Repeated efforts to seek a comment from the Lesotho government on next week’s summit were unsuccessful yesterday.