SA to assist with probe 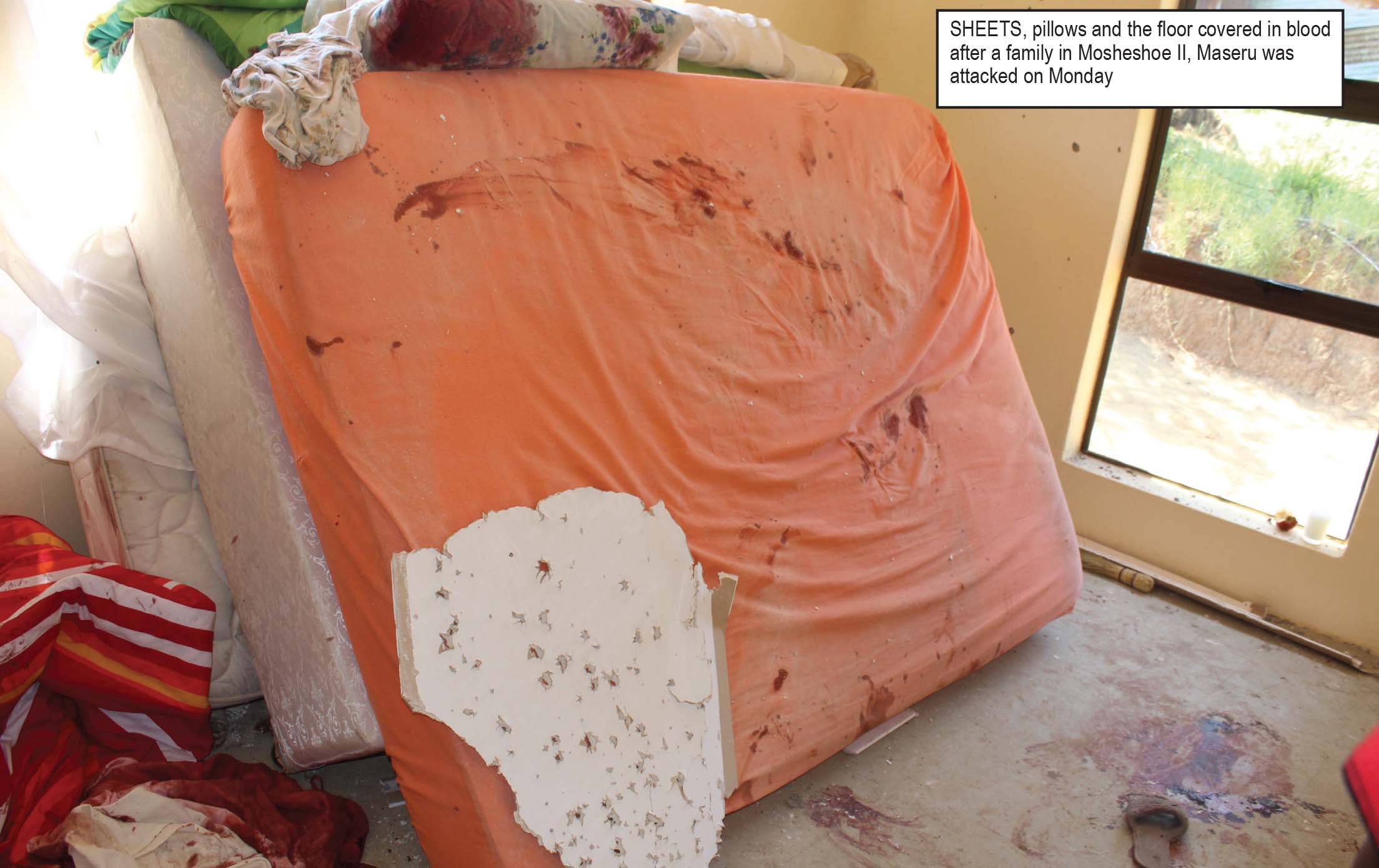 MASERU — The Lesotho Mounted Police Service (LMPS) has enlisted the help of experts from the South African Police Service (SAPS) as it intensifies efforts to uncover those behind this week’s horrendous attacks on the homes of new police commissioner Khothatso Tšooana and prominent All Basotho Convention (ABC) activist Liabiloe Ramoholi.

Both Tšooana and Ramoholi are lucky to be alive after the siege of terror on their homes early Monday morning by assailants whom police suspect to command expert knowledge in the use of explosives.
Ramoholi’s 11-year-old son, a cousin and an orphan she took into her care were nevertheless
seriously injured in the explosives attacks and are all currently recuperating at the Queen ‘Mamohato Memorial Hospital.

The Lesotho Times cannot identify the three for security reasons.

The attacks have once again dumbfounded a country that has hitherto grown accustomed to the use of violence against its influential citizens, mainly politicians.

The motives of the attacks are still unclear although speculation is rife that Tšoona could have been targeted by those jealous of his meteoric rise to the apex of the Kingdom’s police service while Ramoholi could have been a victim of her suspected influence over key politicians.

Ramoholi this week said she was absolutely clueless about why anyone would have wanted to harm her (see story on Page 2).

As it cast a dragnet across Lesotho this week in a spirited effort to find the culprits, the LMPS was also roping in forensic experts from the SAPS to boost its investigative capacities.

Authoritative sources have told the Lesotho Times that the suspected heavy grenade attacks on Tšooana and Ramoholi’s residences were so expertly executed that they could only have been carried out by people with military backgrounds, an allegation confirmed by the LMPS itself. The explosives used were also not ordinarily accessible to civilians.

LMPS spokesperson, Senior Inspector Lebona Mohloboli, said police were still inspecting the shrapnel from the attacks to ascertain its origins.

He confirmed that South African Police Service (SAPS) experts had been roped in “to improve
our team’s capacity”.

“Although we’ve never seen this kind of shrapnel before, what we know is that it cannot be easily accessed by an ordinary person but only by members of the security forces,” Mohloboli said.

“The shrapnel is of a nature used in serious wars and under serious circumstances . . . .”
He said their SAPS peers would assist in establishing the nature of the devices used to build the explosives.

Preliminary investigations suggest that both houses, one in the East of Maseru and another about 15km away in the West, were attacked by either grenades or some explosives released from a substantial projectile launcher.

Mohloboli said that police had not yet established any link between the twin attacks by the unknown assail­ants; neither had they established what motivated the at­tacks.

“So far, the perpetrators of these heinous crimes have neither been identified nor arrested. Their number has not been established either,” Mohloboli said.

Mohloboli expressed concern at what he described as the general laxity of security in Lesotho.
This laxity required immediate attention to “avoid simi­lar attacks in future”, he said, adding that members of the LMPS’s Special Operations Unit (SOU) had been dis­patched to the two homes of Tšooana and Ramoholi to “pro­vide 24-hour security” for an indefinite period.

The neighbour’s house was also extensively damaged by the shrapnel from the explosives that landed on Ramoholi’s property.

Although speculation was rife that the attacks on Ramo­holi and Tšooana’s residences were linked, Mohloboli said only the final outcome of the police’s investigations would determine the facts.
“We are giving our forensic investigative team space to establish if the two attacks are linked because at first glance they look similar,” Mohloboli said.

“We will also be able to determine whether or not the frag­ments of the grenade (or whatever explosives) are identical to the explosives used by our respective security forces.”

Meanwhile, the Lesotho Defence Force (LDF) has con­demned the attacks as “heinous” and “barbaric” and meant to derail the peace and stability enduring in the Kingdom lately.
LDF spokesperson Major Ntlele Ntoi appealed to all “peace-loving” Basotho nationals to provide information that could assist in the arrests of the culprits.

He vowed that the LDF would perform its constitutional obligation to protect Lesotho, Basotho and their property “working in collaboration with other security forces.”
“The LDF will stay alert at all times and do everything in its power to ensure that Lesotho remains a stable and secure country,” Ntoi said.

The properties targeted were extensively damaged in the attacks.
An explosive tore through the ceiling of Ramoholi’s roof and landed in her children’s bedroom. They were badly in­jured by the shrapnel from the exploding device. The occu­pants, Ramoholi’s 11-year-old son, a cousin and an orphan she took into her care, were rushed to Queen ‘Mamohato Memorial Hospital after the attack.

Tšooana’s house was also similarly attacked, caus­ing serious damage to the walls and roof of the bedroom of the police commissioner’s sons. At the time of the attack Tšooana’s brother was sleeping in the sons’ bedroom and was lucky to escape unhurt, as the commissioner him­self.

A house belonging to Ramoholi’s neighbour, only known as ‘M’e ‘Mamoshoeshoe, was also caught in the crossfire and the property sustained extensive damages with its slid­ing door being destroyed while parts of the roof and wall were damaged.

Senior security officials and coalition government minis­ters visited the scenes shortly after the attacks.
Minister in the Prime Minister’s Office Molobeli Soulo, who is also responsible for military and police affairs, as well as Gender, Youth, Sports and Recreation Minister The­sele ‘Maseribane, were among those seen visiting Ramoho­li’s house.

The attacks follow several similar attacks that have been perpetrated against other influential Basotho in the past in what has increasingly become a worrying trend of settling seeming political scores. (See fact box below).

CHRONOLOGY OF OTHER ARMED ATTACKS