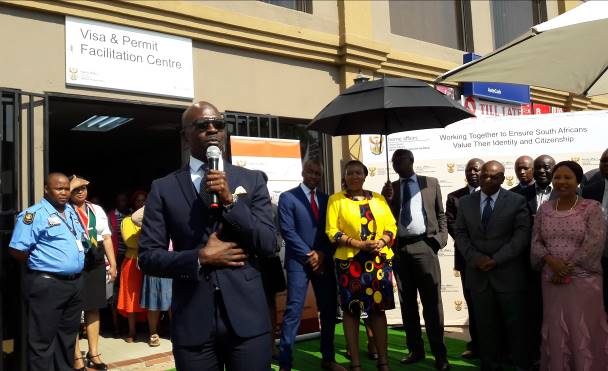 WITH less than three weeks to go before the closing date for Lesotho Special Permits (LSP) applications, Lesotho nationals living in South Africa illegally have been urged to come forward and regularise their stay before it is too late.

According to a statement issued by South African Home Affairs Minister Malusi Gigaba, the neighbouring country would not accept new applications for the four-year permits after the deadline.

“September is the last month for Basotho who work, study or do business in South Africa to apply for special permits – to regularise their stay in South Africa,” reads the statement.

“The initial closing date was 30 June 2016. We accepted a request from the Lesotho authorities to extend for three months, ending this month, to allow more time for Basotho to apply.

“Out of these, the number of applicants who made the necessary payment and booked appointments to visit VFS centres to complete the process is 42 185. Of these, 39 195 applications have gone through at VFS.”

He says between now and the end of the month, they will take applications without passports.

“But the applicants have until the end of December 2016 to present their valid passports. We are doing this because people had to travel back to Lesotho to get passports.

“I therefore urge Basotho nationals, who had not applied, to visit various centres provided by the Lesotho Government to complete their birth registration and ID enrolment so they can apply for the special permit before the end of September (2016).”

Mr Gigaba also reveals his government had granted a universal amnesty to Basotho in possession of fraudulently-acquired documentation until 31 December 2016 saying holder need not fear arrest or deportation.

“It is for this reason that we have gone out, in full force, to remind the Basotho of the final countdown. This is in their best interest, and in the interest of South Africans to whom they render services or with whom they do business,” he adds.

For its part, the Lesotho government has deployed staff at various centres to facilitate birth certificates and identity card enrolment.