SA gets tough on Lesotho 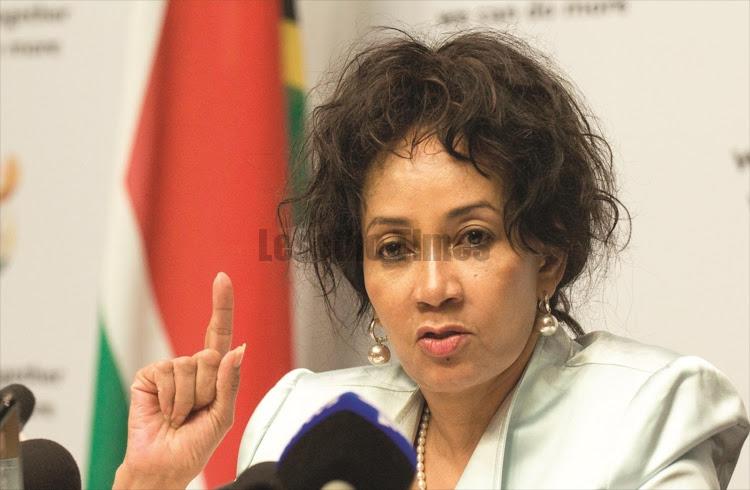 …imposes travel embargo on Lesotho politicians who derail the reforms

SOUTH Africa has resolved to impose a travel embargo and to stop providing refuge to exiled Lesotho Congress for Democracy (LCD) leader, Mothetjoa Metsing, and other opposition leaders who are seen as frustrating the reforms process.

This was revealed this week by the South African Minister of International Relations and Corporation, Lindiwe Sisulu, in a media briefing in that country.

South Africa resolved on the measures as part of efforts to force all Lesotho politicians to participate in the long-drawn out processes to implement multi-sector reforms that are seen as crucial to long-term stability and socio-economic development.

The hardening of South Africa’s stance is in line with the position that was adopted by the Southern African Development Community (SADC) heads of state at the SADC summit that was held in Windhoek, Namibia a fortnight ago.

Miffed by the apparent lack of progress in implementing constitutional, security sector, media and governance reforms that were recommended by SADC in 2016, the regional leaders called on member states to take the “necessary measures” to force Lesotho’s bickering politicians to implement the reforms.

Lesotho has until May 2019 to have fully implemented the constitutional and security sector reforms.

However, the reforms process has stalled largely as a result of the constant bickering between the government and the opposition over the latter’s preconditions for its participation in the reforms.

Among other things, the opposition has demanded assurances that exiled leaders such as Mr Metsing, will not be prosecuted upon their return to participate in the reforms. Besides Mr Metsing, other opposition leaders currently in exile are LCD deputy leader, Tšeliso Mokhosi and Teboho Mojapela of the Socialist Revolutionaries party.

But a fortnight ago SADC heads of state resolved “not to entertain any further delays in the implementation of reforms and national dialogue and called upon SADC member states to take necessary measures against those with intentions to delay, or threaten to derail the reforms and the national dialogue processes”.

The regional leaders further stated that “the (SADC) summit urged the government of Lesotho to put in place a programme with clear milestones for the implementation of priority activities on the reforms roadmap and national dialogue, while recognising that the SADC Preventive Mission in Lesotho (SAPMIL) and Oversight Committee tenures end in November 2018”.

Last week, SADC sources told the Lesotho Times that Prime Minister Thomas Thabane issued an impassioned plea to the SADC heads of state to extend the SAPMIL mandate by a further three months.

However, his pleas were rejected by the SADC leaders who instead told the premier that it was high time Lesotho put its house in order and implemented the multi-sectoral reforms to achieve durable peace and stability in the Kingdom.

The sources also said South African President Cyril Ramaphosa was also taken to task at the SADC summit for allegedly being too soft on the exiled opposition leaders whose refusal to return to Lesotho and consequently stalled the reforms process.

The regional leaders’ tough stance appears to have galvanised South Africa into taking decisive and “necessary measures” this week with Ms Sisulu announcing that they had resolved not to habour any of the Lesotho politicians who are supposed to be in Lesotho to participate in the reforms process.

Ms Sisulu singled out Mr Metsing as one of the politicians who should leave South Africa and take his place alongside other leaders in the reforms process.

“The SADC summit noted with concern that, despite a number of SADC initiatives in the Kingdom of Lesotho, progress on the implementation of the reforms roadmap, and national dialogue remains very slow.

“There will be travel bans and we will adhere to those travel bans. This is something that we would like to convey to all those who are participants in the negotiations around Lesotho because this (delays in implementing the reforms) has gone on for too long. By the time SAMPIL is withdrawn by SADC, we will be leaving Lesotho in a very vulnerable situation if we have not achieved peace there.

South Africa and SADC’s tougher stance has been welcomed by the government with the Minister of Foreign Affairs and International Relations, Lesego Makgothi, telling this publication that SADC took the measures to expedite the implementation of the reforms.

Mr Makgothi said it was necessary for SADC member states to act against individuals who frustrated the reforms as the regional body could only impose measures against countries and not individuals.

However, Ms Sisulu’s pronouncements have drawn the ire of the opposition with LCD spokesperson Teboho Sekata saying it made no sense because Mr Metsing was already preparing to return to Lesotho.

“The (Sisulu) statement make no sense at all because Ntate Metsing will go to the border when the time is right. He will not immediately come to Lesotho but when he does come, it will be on his own volition and he does not expect anyone to take him to the border. There was really no need for the minister to say that they expected him to,” Mr Sekata said.

Supporters of the opposition parties have also come out guns blazing against the SADC heads state. The opposition supporters recently addressed an open letter to the SADC chairperson, Hage Geingob, accusing the regional body of bias against Mr Metsing and the opposition in general.

“We read with an utter consternation the communique of the 38th SADC Summit which was held in Namibia on 17 to 18 August 2018. Our disappointment emanates from clause 22 of the Communique in which the SADC Summit ‘resolved not to entertain any further delays in the implementation of the reforms and national dialogue and called upon SADC member states to take necessary measures against those with intentions to delay or threaten to derail the reforms and national dialogue processes’.

“Although the clause is amenable to a multiplicity of interpretations, our own interpretation is that its crafters were specifically targeting the Lesotho coalition of opposition parties and more in particular Mr Metsing,” opposition supporters wrote.

They further stated that the opposition had made a “democratic choice” not to participate in the reforms and their choice “is a not a threat to the reforms process”.

“Our view is that SADC and the government can happily continue with the reforms without issuing unwarranted threats to anyone who is not willing to participate.

“We find it regrettable that the regional organisation of the stature of SADC which prides itself as an advocate of democracy cannot accommodate differing views and use coercive bullying tactics to trample upon people’s conscience. Freedom of conscience is entrenched in the constitution of Lesotho and it is, ipso facto, a democratic right of every citizen whether in government or in the opposition.

“It is our belief that those who are not willing to participate in the reforms because the government does not want to accede to their demands commit no crime and should not be coerced to do so. Hence it would not be fair on the part of SADC to interpret their abstinence as a threat or derailment geared towards reforms and national dialogue processes since these can still continue without their participation. It is our view that SADC should endeavour to assist the government to implement the reforms while at the same time respecting the views of those who have their own reservations,” the opposition supporters further stated.

An open letter to SADC