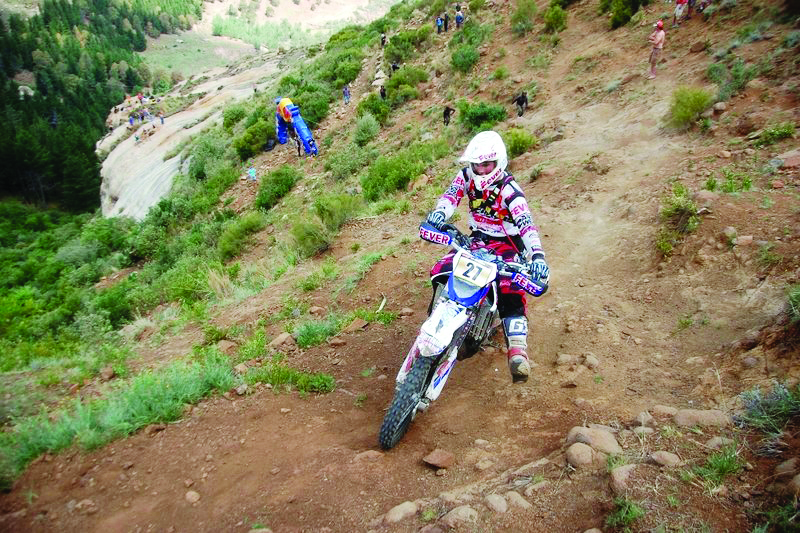 Some of the world’s top bikers will be in town today as the 2015 edition of the Roof of Africa gets underway at Maseru Club.

Dubbed the world’s toughest off-road motorcycle races due to its route through Lesotho’s rugged terrain, the Roof begins with bikers racing around the city’s suburbs before roaring into the countryside for four days of tough riding.

According to Lesotho Off–Road Association public relations officer, Keketso Malebo, some of the riders arrived in the country as early as Monday ahead of yesterday’s registration and media interviews.

Malebo said 400 riders had initially registered for the race but some had pulled out due to injuries. He could immediately say how many riders would be taking part.

“Everything is in place for the race and as usual, we expect a very competitive battle especially between previous winners of this event,” Malebo said.

Young, now aged 19, made history when he became the youngest rider to win the race when he was only 16 in 2012.

Meanwhile, Lesotho will have their highest-ever number of riders in the race.

Last year, Molamu Morojele, Basia Maseatile, and Joseph Motenane represented the country in the Roof, but they are joined by ‘Muso Mohlahatse and Victor Matekane this time around.

“It is very encouraging to see our representation growing and that is why I want people to come and see the riders perform especially when the race starts at Maseru Club,” said Malebo.

“This is where riders create such a spectacle and display their talents.

“I believe this is something worth seeing, especially for the youngsters, so I call on them to come in big numbers to see what professionals do with a bike.”