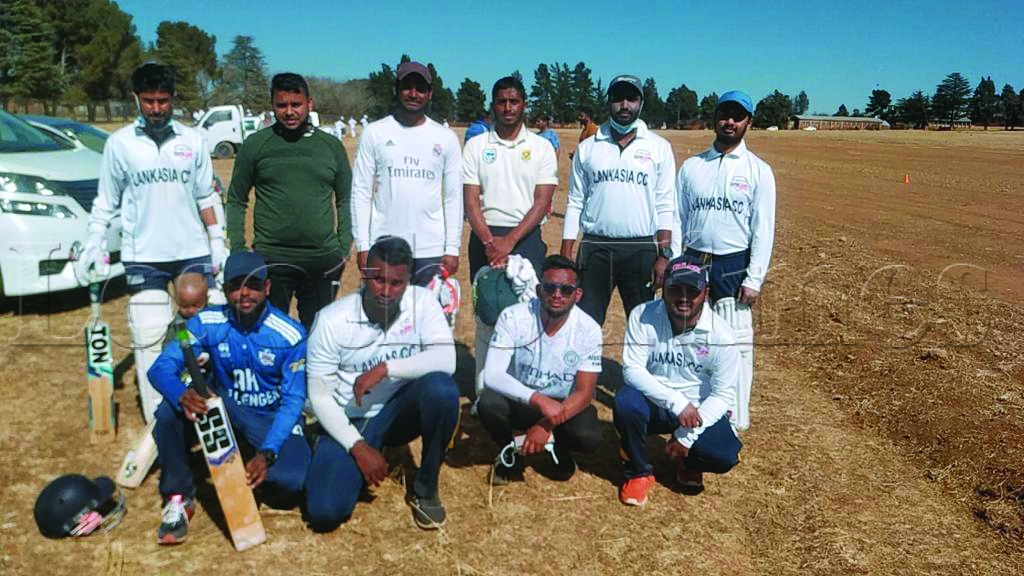 RISING Star and Lankasia cricket clubs have proceeded to the finals of the ongoing Lesotho Cricket Association (LCA) T20 tournament.

Lankasia were the first to book a place in finals after a semifinal score of 205 runs for seven wickets against Linare’s 93 runs for 10 wickets last week.

The tournament had two streams with five teams from Leribe and another five from Maseru. The top two teams from each stream advanced to the semifinals.

In an interview with the Lesotho Times this week, Rising Star deputy captain, Patel Sarfaraj, said they were happy reached final.

“Reaching the semifinal in Maseru was not easy because the stream had tough teams,” Sarfaraj said.

“However, our semifinal against Hlotse 11 was easy. Our best batsman didn’t even go for batting in that match.”

He said they were now preparing for the final which they expect to be tough. While, they beat Lankasia in the group stages, they are expecting a different ball game in the final.

Rising Star already has two trophies after winning the Indian Association of Lesotho tournament in the 2018/19 and the 2019/20 seasons and are keen to add another one to the list.

On his part Lankasia deputy captain, Mohammed Inshaf, said they are also anticipating a tough final.

“We are trying our best. This will be our second match against them. Having lost in our previous match, we are going to focus on the mistakes from the last game to improve our winning chances,” Inshaf said.

He said they are also banking in their bowlers for a good innings.

Inshaf said they are also facing challenges in their preparations as four of their first team players, including the captain, have tested positive for Covid-19.

With the date for the finals yet to be set, Inshaf is hopeful that by then, the said players would have recovered.

LeFA can do better