Renal patients give up as treatment costs bite 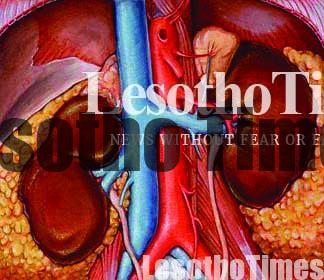 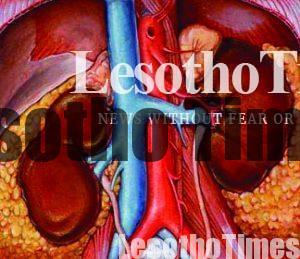 MASERU —  After living with high blood pressure for years nothing seemed worse than a lifetime of medication for ‘Matlokotsi Makoa (46) until a debilitating kidney disease struck her in February last year.

The ailment, chronic renal failure (a progressive loss of the kidney function), has changed her life.

She had to fork out thousands of maloti for treatment or die.

A civil servant with no medical aid and also the only breadwinner in her family, Makoa was left with no choice but to exhaust her savings. This was money she could ill-afford to lose as it also meant the difference between life and death for her husband and daughter.

It appeared, the battle was just beginning and sooner than later, she realised the bills kept mounting.

When she was transferred to a private clinic from Pelonomi Government Hospital in Bloemfontein, South Africa, on June 13, she was made to pay an M84 000 bill for the 10 days she was hospitalised.

She now also have to pay an additional M3 000 for the renal hemodialysis treatment she has to undergo twice a week.

Makoa is not the only one who is overwhelmed by bills that come with the renal failure.

Dozens of Basotho have to pay huge bills to get treatment in South Africa because Queen ‘Mamohato Memorial Hospital, Lesotho’s only referral hospital, does not provide hemodialysis treatment for chronic renal failure patients.

Hemo or Peritoneal dialysis is a medical process that removes toxins from the blood after kidneys collapse.

However, because South African government hospitals are unable to cope with the number of their own local patients, Lesotho citizens have no other choice but to seek private and costly renal treatment and dialysis services, Makoa said.

“I did not know that I was just about to have my worst nightmare and come face to face with death.”

Her nightmare started when she was referred to Queen ‘Mamohato Memorial Hospital eight months ago.

She was treated as an outpatient but did not get better.

“I started researching about my condition and was advised by a renal centre in India where I had sent my test results that I needed to be on dialysis”.

Makoa realised this form of therapy was not possible in Lesotho, since such services for chronic renal failure patients were unavailable.

Meanwhile, her condition drastically continued to deteriorate and on May 26, she collapsed at her home.

Unconscious, she was rushed to Queen ‘Mamohato Memorial Hospital where she was admitted.

A week later, her family took her to Pelonomi Hospital, a government hospital in Bloemfontein, which refused to admit her because she did not have a referral letter.

The family then took her to Provincial Hospital, also a government health  centre in Bloemfontein, where she stayed for a day before she was referred back to Pelonomi.

She made no payments at the two government hospitals but after a week at Pelonomi, a doctor advised her family to take her to a private clinic.

“It was at this clinic that I not only had to worry about my illness but also where I was going to get the money to pay the bill.”

Before doctors could attend to her, Makoa claimed her family had to pay M30 000.

“After one week, they wanted me to pay another M16 000, an additional M6 000 and then another M12 000, three days before my discharge. The company contracted to provide hemodialysis services within the clinic also charged a separate M20 000, which I have since paid.”

And just when she thought her nightmare was over, another M30 000 bill came.

“I was told the last charges emanated from the blood checks made after every dialysis and services provided by the dietician, cardiac specialist and the breast surgery following the breast abscess I suffered.

“I had thought all that had been covered with the M84 000, which I had initially paid. I am still running around in order to pay the outstanding bills.”

Currently Makoa is using a temporary catheter for her dialysis.

She will have to pay M40 000 to get a permanent catheter.

“I am supposed to use the temporary one for just three months, which means I only have up to the end of this month to raise the required M40 000. I also get dialysed twice a week and pay M1 500 for each dialysis treatment and have to be on a special diet for life. I cannot cope,” Makoa said, adding over recent weeks, she has seen other patients die from renal complications.

“I think because of limited services locally and lack of financial support to pay for dialysis and also other treatments when there are complications, some people just end up giving up on life. After what I am going through, I understand why,” she said.

According to Dr Prins Queen ‘Mamohato Memorial Hospital currently only provides renal dialysis services to patients with acute renal failure, which is the rapid loss of one’s kidney function.

“These usually have a good chance of recovering fully after being dialysed,” Dr Prins said, adding however, chronic renal hemodialysis is a much more complex operation.

“Chronic renal failure is usually the result of other medical conditions such as diabetes or high blood pressure that would have permanently damaged the kidneys. These patients do not recover from their kidney failure and need to be on dialysis for the rest of their lives unless they receive a kidney transplant from a compatible donor,” she said.

For a functioning organ transplant programme, an enabling legislation is a prerequisite.

“Such legislation is currently not in place in Lesotho and one is, therefore, not legally able to transplant organs in this country. Culturally, Basotho also need to acknowledge brain death and be willing to donate the organs of brain-dead relatives. The transplant of a matching kidney is the only effective way to permanently cure any patient in a chronic renal failure situation.”

She further explained that although Queen ‘Mamohato Memorial Hospital has a small facility that has been designed for chronic renal dialysis, the provision of such services is currently not included in the institution’s agreement with the Ministry of Health.

“It is important to understand that once a patient is enrolled onto a chronic renal dialysis programme as a treatment modality, it is a life-long treatment that could never be stopped unless the patient receives a kidney transplant. That makes this kind of treatment very expensive and can cost more than M150 000 per patient per year.

“If a patient received a transplanted kidney, they also have to stay on medication for the rest of their lives to prevent the kidney from being rejected by their body but the treatment is significantly cheaper,” she said.

“It takes up to four hours to dialyse a patient. Only two patients can, therefore, be treated per day per machine. Unless you are able to transplant these patients, the dialysis programme will be overwhelmed very quickly with no capacity to add more patients unless one of the existing patients dies. Having such a programme is therefore an important decision to make but also very complicated and costly to introduce, particularly in a resource-constraint country where there is no organ transplant programme,” she said.

The Ministry of Health’s Director for Disease Control, Dr Moselinyane Letsie, on the other hand, said the high costs associated with renal treatment made the situation a “very difficult one”.

“They have few dialysis machines and one can imagine the high level of demand if one patient is supposed to be dialysed three times a week.”

However, Dr Letsie explained government is working on a roadmap that would provide permanent solutions for renal patients.

This, she explained, followed last year’s donation of 10 renal hemodialysis machines by the government of Japan.

“We are doing the groundwork before the machines can be delivered. Preparations started in May this year, with the setting up of a technical team to work on the policy and guidelines and also oversee the training of healthcare workers expected to operate in the renal unit.

“There are also major issues to be clarified or addressed on consumables that would also formulate part of the renal unit. We are not clear whether the donation would also come with the consumables or government will need to procure such other requirements.”