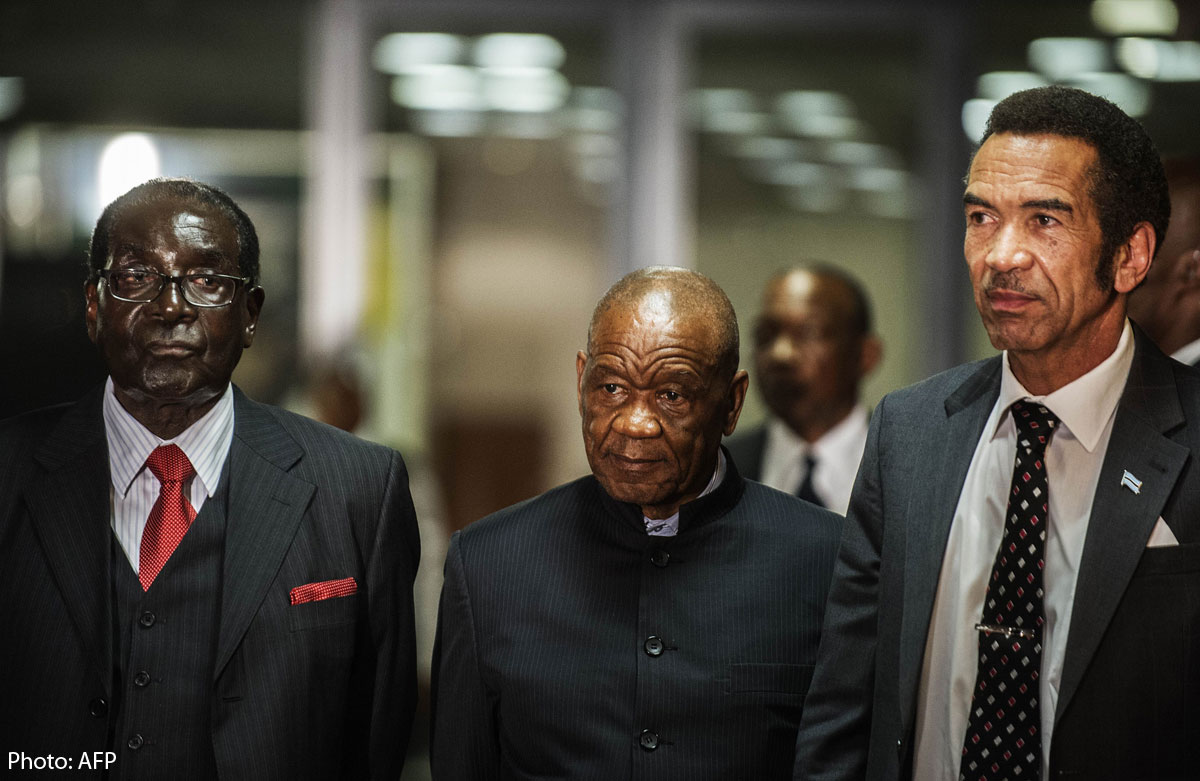 SADC Facilitator to Lesotho, Cyril Ramaphosa, made the announcement during a press conference held at Moshoeshoe I International Airport last Saturday at the conclusion of a two-day visit to Maseru.

During the visit, the South African Deputy President engaged Prime Minister Thomas Thabane, his deputy Mothetjoa Metsing, and Gender Minister Thesele ‘Maseribane in a series of closed-door meetings with the feuding coalition government leaders, whose dramatic fallout over the premier’s alleged dictatorial tendencies   led to the elections, which come two years earlier than originally scheduled.

Mr Ramaphosa also met King Letsie III, religious leaders, non-governmental organisation representatives and principal chiefs and was then issued a preliminary report on the country’s state of preparedness for the elections by the SADC assessment team.

Announcing tomorrow’s Heads of State and Government meeting involving presidents of South Africa, Zimbabwe and Botswana, Mr Ramaphosa said: “From a logistical point of view, security issues concerning the elections are currently being addressed and will soon be resolved.

“These are some of the issues that are going to be discussed during the SADC Troika Heads of State and Government meeting in Pretoria on 20 February.

“I met with Lesotho Defence Force (LDF) leaders today during which they committed to do anything to support the electoral process and we agreed that all the soldiers would stay in the barracks on the day of the elections and only come out when they are asked to provide assistance.”

According to Mr Ramaphosa, the LDF’s duties during the elections would be confined to transporting ballot papers in the remote and mountainous constituencies.

“The LDF is the only security agency that has aviation facilities and in transporting those ballot papers, the police, Independent Electoral Commission (IEC) and members of observer missions would also be there,” he said.

Mr Ramaphosa further said after meeting with all the relevant stakeholders, he was convinced the elections would be peaceful because political party leaders had intimated that their campaigns were going on well.

“Political party leaders said they had faced no problems since the campaigns started,” he added.

Mr Ramaphosa also said the Christian Council of Lesotho (CCL) had promised to continue holding prayer sessions for peace and stability ahead of the snap polls.

“The Troika meeting on 20 February will be preceded by the deployment of the SADC Electoral Observer Mission on Tuesday, 18 February 2015 in Maseru as part of preparations for the forthcoming elections,” he added.

“The government of Lesotho wants to make sure the environment is conducive and secure for elections on 28 February 2015.”

More power to the people