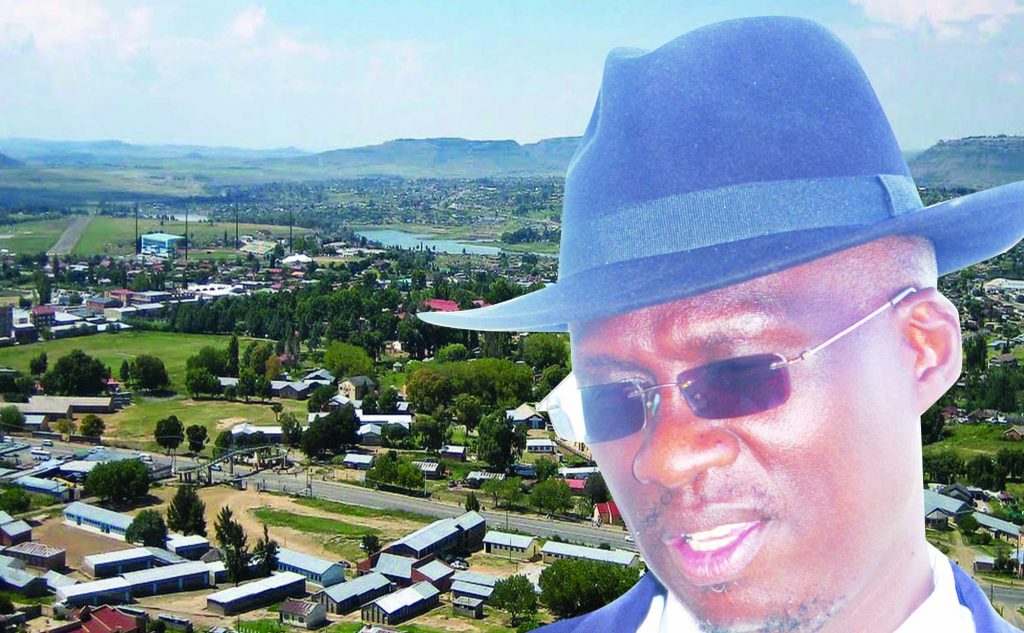 ALL Basotho Convention (ABC) official Sam Rapapa of the opposition party has accused Health Minister, ‘Molotsi Monyamane of being unprofessional in the handling of the highly sensitive issue of the measles and rubella vaccination which has reportedly caused adverse side effects in children, with claims that at least two children have since died after being vaccinated in the Leribe district.

Last month, the Health Ministry embarked on a nationwide measles and rubella vaccination campaign targeting children 0-14 years old and last week, some parents claimed their children were adversely affected by the vaccines with side effects that included severe body rashes, high fever and coughing.

Four children have reportedly died from effects, with the latest victim being a child who died at Queen ‘Mamohato Memorial Hospital (QMMH over the weekend.

However, in a press conference last week, Dr Monyamane rubbished claims that the children had died as a result of the vaccination, suggesting they could have “died of malnutrition”.

When asked if a post-mortem was done to reach a conclusion that the child had died of malnutrition, the visibly agitated Dr Monyamane said “I am not a sangoma (seer, or diviner).”

“We will not discuss people’s causes of death. It is unethical and I will not tolerate it,” he said.

He also said the social media pictures apparently showing victims of the adverse effects of the vaccination were fake and had been taken from the textbooks he read in the past.

“These pictures are of white people whose mothers burnt them with hot water, some are of other African countries’ nationals.

I don’t recognise these pictures as evidence. Where were they taken from? I want children to come to hospital, not their pictures.”

The minister’s comments sparked public outrage with some describing him as arrogant and insensitive.

And, Mr Rapapa, a legislator in the Ninth parliament which was dissolved by His Majesty King Letsie III on 1 March to pave the way for snap elections after government lost a no confidence vote, recently joined in the chorus of condemnation.

He told the Lesotho Times that, “I am really disappointed in the manner in which Dr Monyamane handled the whole matter of the botched vaccination where in my constituency I have been witness to more than 15 kids of different ages who have reacted to this vaccination”.

He said he had even called the Minister to ask about the same issues before the public outcry and “the minister had told me that there was nothing to worry about it was all normal”.

“I am very disappointed in the Minister of Health as he has displayed utmost unprofessionalism and has traumatised the parents of the sick children by his attitude, which is going to impact very negatively on the next government.

“Dr Monyamane has eroded all the trust in the health policies and ministry and it is going to be very difficult for the next government to convince the people to see the good in similar vaccinations and the health system as a whole.”

Mr Rapapa said he had always known Dr Monyamane to be humorous but “this time around he has taken his jokes a bit too far because these are people’s lives that he is talking about”.

He said it has always been difficult to convince parents to take their children for immunisation because they did not believe in the health system due to similar reactions “but now that we think we have convinced parents on the importance of having their kids immunised this is what Dr Monyamane does and this might take yet another long time to restore the trust in the health system”.

“This issue is very dangerous and I wonder what it is going to take for it to be treated with the care that it deserves because as of now it has painted a different picture of politicians who just don’t care about other people’s lives,” Mr Rapapa said.

He said everyone was very emotional about this issue “except for the minister whom I thought was quite insensitive on handling this matter the way that he did.

“He ought to have been specific about the batches that could have been flawed and come clean and apologise instead of referring to people as prophets and sangomas (diviners). He has brought the wrath unto his party because we are going to use his utterances against his party to campaign in the up-coming elections.”

He said upon being elected into government, the ABC would work to build public confidence in the health system.

Dr Monyamane has since apologised, adding that his utterances at the press conference were misinterpreted into showing him to be an insensitive and arrogant leader.

He also appealed to the public to take children who showed negative side effects to vaccine to health centres where they would receive free treatment.

“First of all I want to convey my sincere apologies to the nation that the message I gave at the press conference was interpreted as if I am an insensitive and arrogant person,” Dr Monyamane said in an interview with our sister publication the Sunday Express.

He said his “The message came out wrong” and his utterances at last Thursday’s press conference were misinterpreted into showing him to be an insensitive and arrogant leader.

The minister admitted to losing his cool at the press conference, adding, “I was disappointed that this issue was now being politicised”.