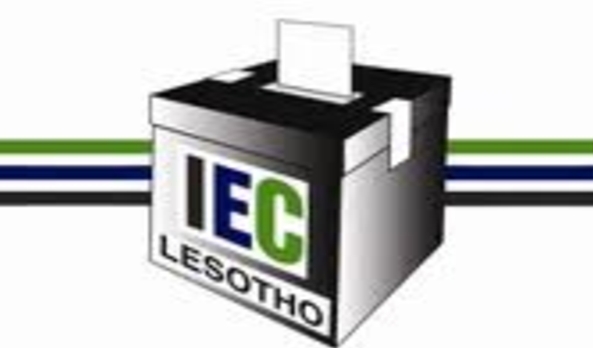 THE recently started process of recruiting new commissioners of the Independent Electoral Commission (IEC) is already mired in controversy.

Two of the ten shortlisted candidates, Sofonea Shale and Seabata Motsamai, who could not attend planned oral interviews on 19 and 20 June 2019, because they were away in Denmark, are demanding to be included in the process failing which they would consider court action.

Messrs Shale and Motsamai insist that the recruitment consultant — Workplace Solutions — had arranged to interview them via Skype but had subsequently reneged on the deal under pressure from politicians.

The two prominent activists have since jointly written to the Council of State and the Political Leaders’ Forum,  both responsible for overseeing the recruitment process,  demanding to be interviewed like the other eight other shortlisted candidates. The other eight are Michael Ramodibedi, Thekiso Khati, Fako Likoti, ‘Matlali Mapetla, Booi Mohapi, Mphasa Mokhachane, Karabo Mokobocho and Tšoeu Petlane.

The Transformation Resource Centre (TRC), one of Lesotho’s key civic groups, has also written a letter to the Government Secretary (GS), Moahloli Mphaka, protesting the exclusion of the public and civic society in the recruitment process saying that would open it to manipulation.

Mr Motsamai told the Lesotho Times he had co-authored a letter with Mr Shale demanding reasons why they had not been interviewed like the other eight shortlisted candidates as per prior arrangements with Workplace Solutions.

He said it had become internationally accepted practice to interview people who cannot be physically present at interviews via skype, Mr Motsamai insisted.

He said the advertisement for the commissioners’ jobs did not categorically state that shortlisted candidates would need to be physically present for the interviews.

Mr Shale said the failure to interview them, alongside other shortlisted candidates, was a clear indication that the process was not as open as he had hoped.

“I was on an official business trip abroad but the consultant made arrangements with us that we would be interviewed on Skype. All the preliminary arrangements for the interviews were made,” Mr Shale, a former senator, said.

He, however, said he was surprised to later learn from the consultant that the panel of political parties had refused to interview them both on Skype and in person after their arrival back, just a day after the other interviews had been concluded.  The refusal to interview them would deprive them of an opportunity to serve the country, Mr Shale said, adding all options including court action were on the table.

The TRC is also extremely unhappy that the process of recruiting the IEC commissioners is being kept largely as a prerogative of political parties at the expense of serious public participation to foster transparency in the recruitment of people expected to run an institution which is a key pillar of democracy.

The TRC’s lawyer Advocate Christopher Lephuthing, demanded in the letter to Mr Mphaka, that the civic group be enabled an opportunity to participate in the recruitment process.

“In keeping with our constitutional values of openness and transparency, our client (TRC) has an interest in observing the process of recruitment of the IEC commissioners and wishes to be accorded the right to observe the recruitment process, make necessary contributions and participate so to speak in this noble work,” Adv Lephuthing’s letter reads.

He said it was inherently wrong to restrict the recruitment of IEC commissioners to politicians who had vested interests in directing the work of the important body.

He also cited a complaint by opposition party African Arts (AA) who have also condemned the manner in which the commissioners are being recruited.  He said AA had established a compelling reason to probe Workplace Solutions for possible corruption.

AA leader Thabo Thelingoane said his body had serious issues about the recruitment process and was demanding transparency.

The Political Parties Forum’s technical team chairperson, Pelele Letsoela, confirmed receiving both the joint letter from Messers Motsamai and Shale and a copy of the TRC’s letter to Mr Mphaka.

“On what legal mandate does the TRC want to be part of the recruitment process?” Mr Letsoela asked rhetorically.

He said the Political Parties Forum had originally wanted to involve the public by allowing the media to cover the interviewing processes live. However, this would have disadvantaged the first batch of interviewees because the questions were the same for all of the shortlisted candidates.

He rubbished allegations that Workplace Solutions did not have a tax clearance at the time it was awarded the recruitment contract.

“Those are lies being fabricated by Thelingoane. He was part of the 35-man panel of political parties registered with the IEC and he is actually the one who recommended that we should engage Workplace Solutions after IBM was ruled out as a possible consultant. This was because one of the people who had applied for the job had close ties with IBM,” Mr Letsoela said.

The IEC has been in turmoil after its current three commissioners Chairperson Justice Mahapela Lehohla, Advocate ‘Mamosebi Pholo and Dr Makase Nyaphisi were booted out by the government in March this year. This was after the commissioners’ contracts expired on 7 January this year and they sought to have them renewed.

However, the government refused to extend the contracts.