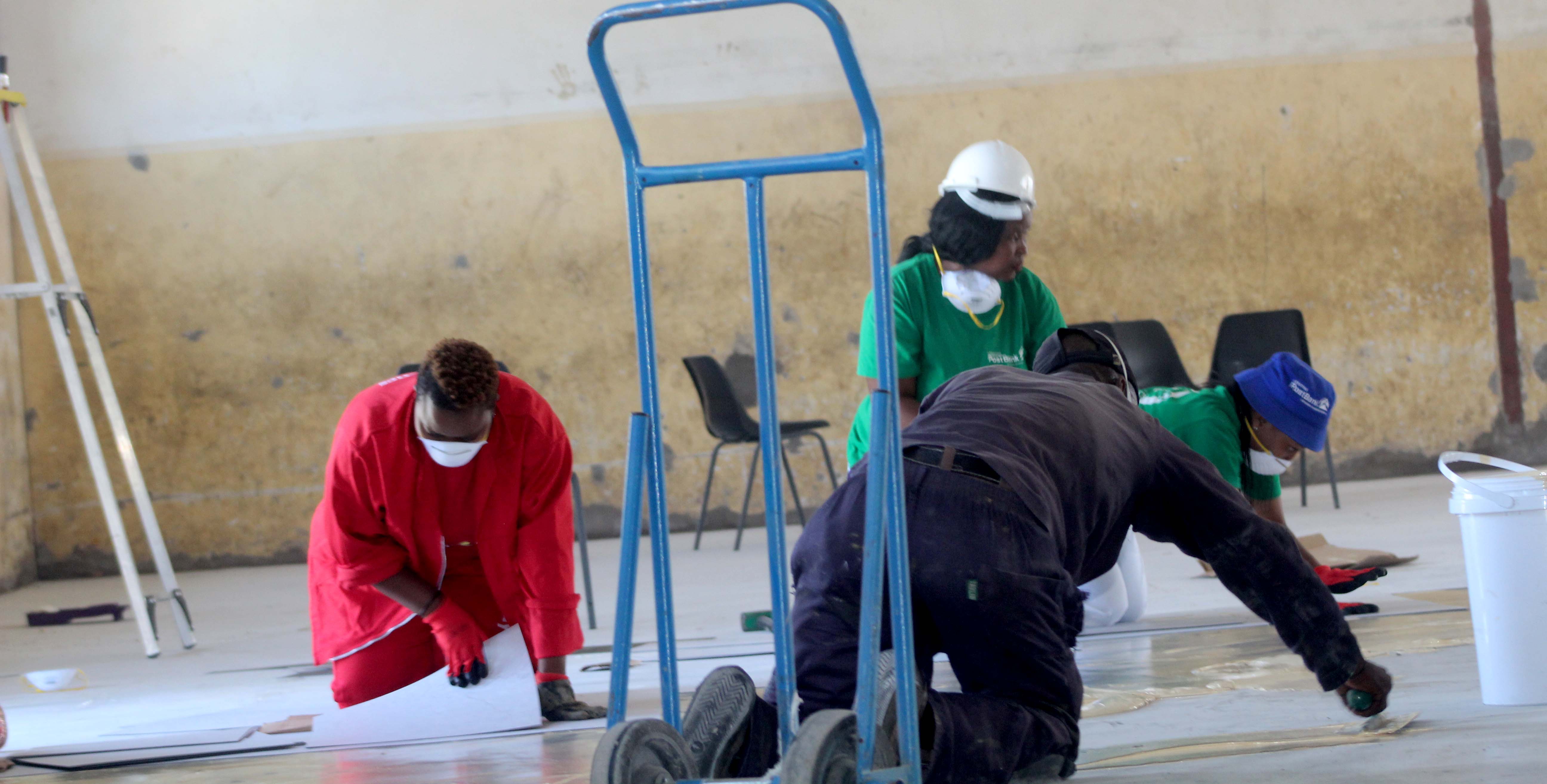 THE Lesotho Post Bank recently spent over M114 000 to paint a hall at St Barabbas High School in Masite, in Maseru.

Thirty staff members from the bank travelled to the school on the 23rd of this month to tile and repaint the building.

The new white and green colours brought life to the old and dilapidated cream surfaces whose paint was now peeling off due to ageing.

Lesotho Post Bank Managing Director, Molefi Leqhaoe told the Lesotho Times that painting the building was their way of giving back to the community.

He said the school was one of their clients and they thought it was befitting to listen to their plea when they sought help.

Mr Leqhaoe said sometimes they are approached by schools while in some instances the bank also goes out to find out the needs of the communities and how they can help.

He said they dispatched a team to inspect the which concluded that it was proper to help the school.

“We offer different forms of assistance as a way of giving back to the community including helping orphans and vulnerable people as well as renovating schools where that is needed,” Mr Leqhaoe said.

The school’s principal, Wesi Lebuso, said they were grateful for the gesture by the Lesotho Post Bank. He said the assistance would also impact positively on the community as a whole as the hall is often used for different purposes including conferences.

Mr Lebuso said since the school is still growing, they often struggle to finance renovations hence the bad condition of the hall. He said the new court of paint came at an ideal time when they were preparing for the burial of their principal chief, Bereng Bereng whose memorial service will be held at the hall this week.

“This means that the memorial service will be held at a clean and renewed hall,” Mr Lebuso said.