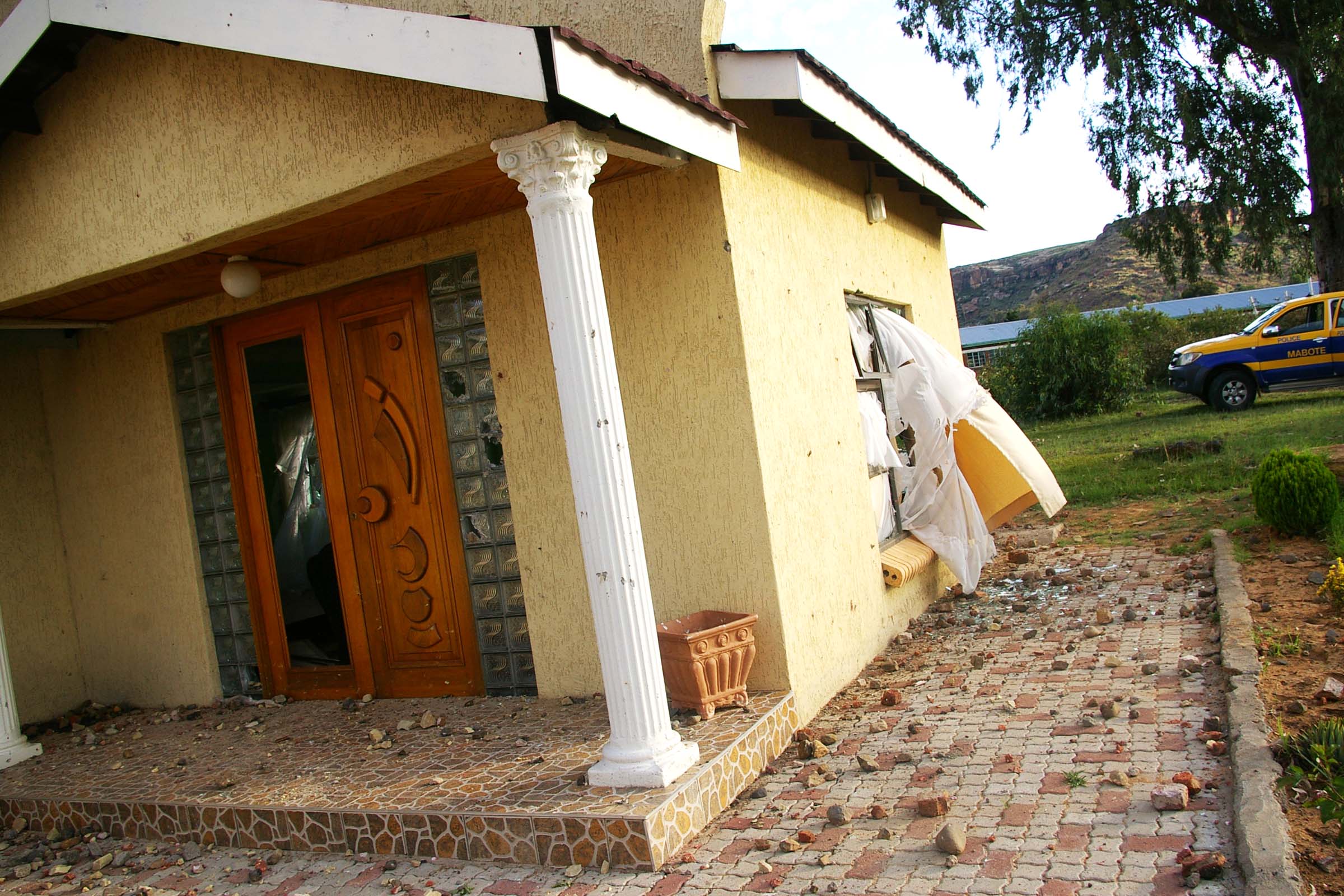 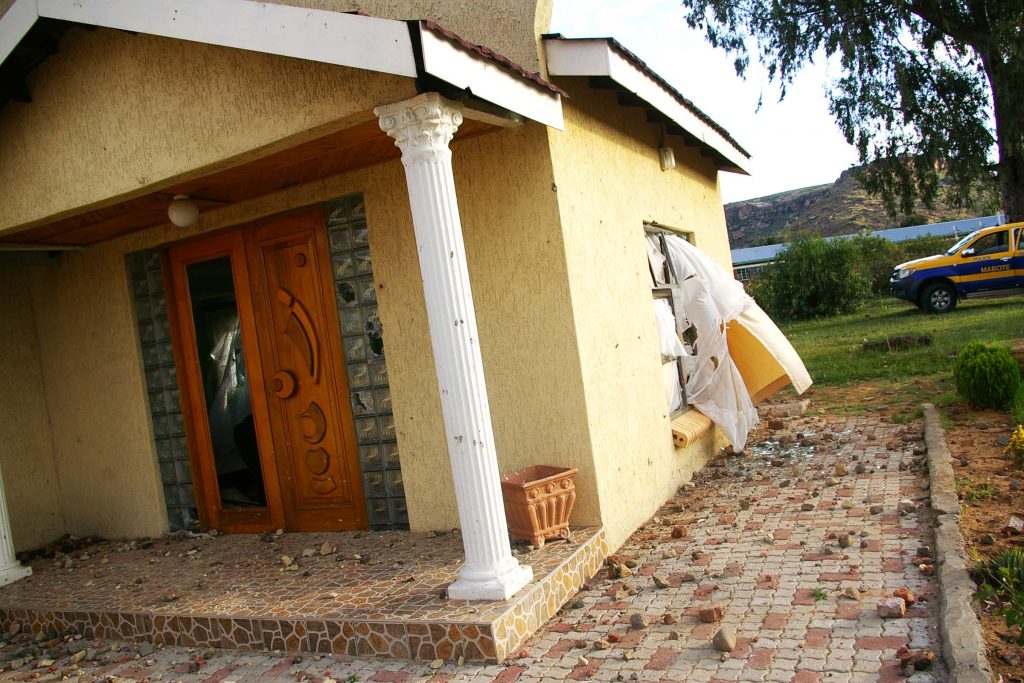 THE High Court on Tuesday watched a video tape which appeared to show the dramatic attack on a Koala-Bata resident’s house, who was wrongly accused by villagers of murdering a person in the area.

The video tape was played in court in a case in which Mr Lawrence Phasumane is claiming M1 million from the police as damages for its alleged failure to protect him against villagers who attacked him and his property on the 22nd of January 2012.

His house was destroyed by the villagers who accused him of the ritual murder of one Moholobela Seetsa who was murdered at the age of 13 years.

However, it later unfolded that one Lehlohonolo Scott and his mother ‘Malehlohonolo were involved in the ritual killing of Seetsa and one Kamohelo Mohata.

The duo are currently on trial for the double murder at the High Court for allegedly killing Seetsa and Mohata.

Mr Phasumane subsequently filed a claim of M1million against the police saying they had been negligent even after he had alerted them that he was going to be attacked.

Mr Phasumane brought the video tape to the High Court on Tuesday to support of his claim.

Describing parts of the tape, Mr Phasumane told the court that the tape showed that the villagers gathered at a football ground near his home on 22 January 2012 as he had told the police the previous day.

“After their gathering they attacked my house,” he said.

He dismissed the police claims that they did everything to protect him and his property.

“Had they done their duty well, my property would have not been destroyed because I had told them the previous day that I was going to be attacked.

“If the police had done the duty there could have been no gathering near my place,” he said.

He said when the villagers attacked his house the police simply came and took him away in a police vehicle, saying much of the attack on his house and his three vehicles took place after the police had taken him away.

“I slept at my sister’s place in Lithoteng that night fearing for my life,” he said.

He told the court that the incident has traumatised him such that whenever he recalls it he does not sleep at home.

He said the M1million claim against the police includes, damages on his property and trauma he suffered as a result of the incident.

Mr Phasumane said he was surprised that even after the real suspects in the ritual killings in his village stood trial before the High Court, his chief has never called a gathering for the villagers to apologise to him.

“It is even more surprising that even the chief has never come to my place to see how I am surviving after being falsely accused by villagers,” he added.

During cross examination a lawyer from the government’s law office Advocate Makhele Sekati said Mr Phasumane’s house was attacked after he fired gun shots at the angry villagers.

But Mr Phasumane said: “If I had shot at the crown I could have killed many of them because I know how to use a gun perfectly.”