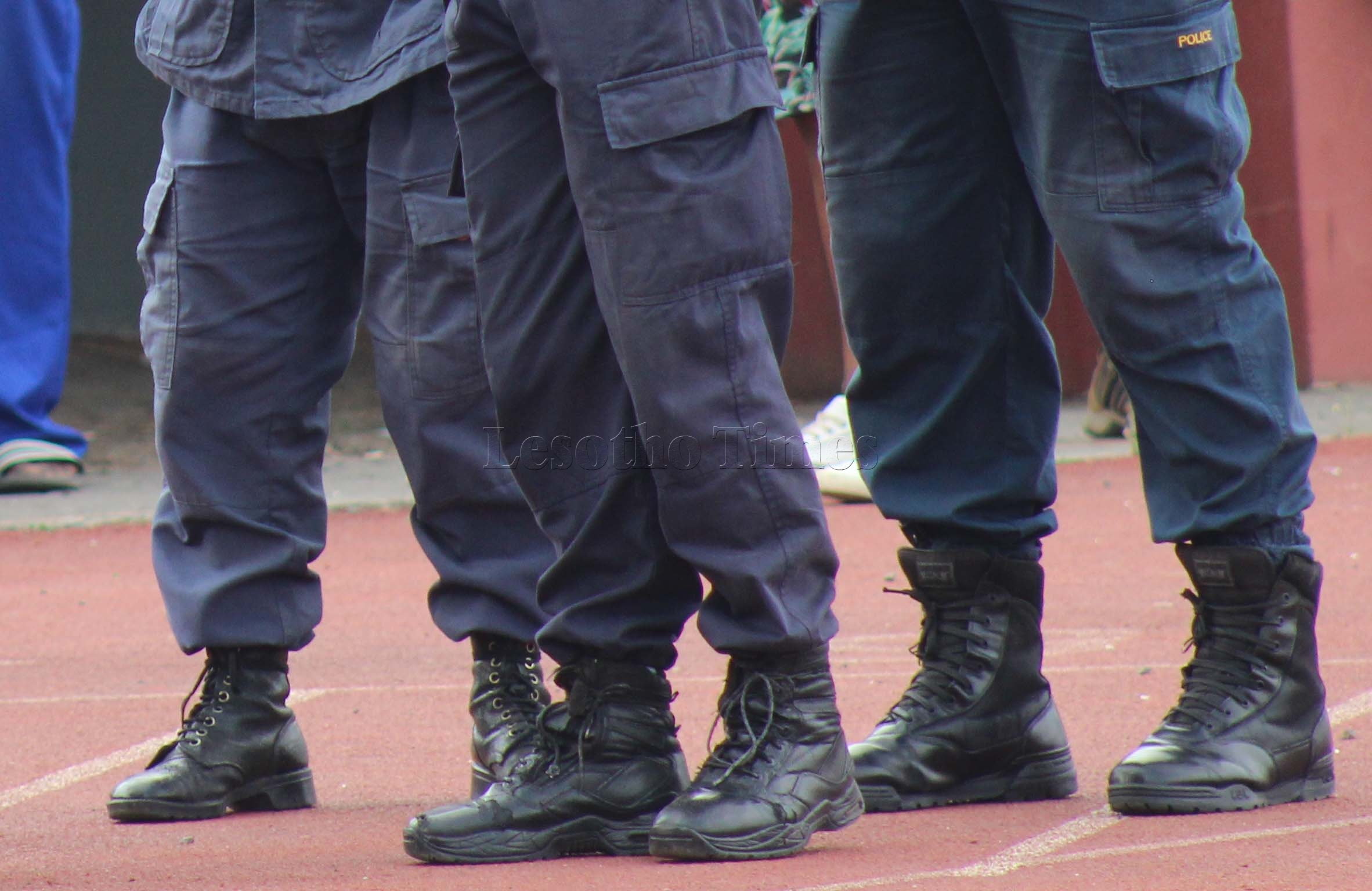 A 2013 case of alleged police brutality has come back to haunt the Lesotho Mounted Police Service (LMPS) after the High Court on Tuesday opened a hearing in which a Mafeteng man is claiming M270 000 from the police for “emotional pain and suffering” and “loss of earnings” stemming from the death of his son in police custody.

The death of Moepa Monare, at the hands of Tšakholo (Mafeteng district) police, is one of many examples of police brutality which has attracted widespread condemnation. Prime Minister Thomas Thabane has however promised his government would act to ensure that rogue police officers are brought to book.

In this latest case, 70 year old Motsoena Monare is suing the Commissioner of Police (first respondent) and the Attorney General (second respondent), for the death of his son, Moepa, in 2013.

The lawsuit dates back to 2013 and it was heard on Tuesday by High Court judge, Justice Tšeliso Monapathi.

He said his son was arrested by the Tšakholo police on charges of committing an unspecified sexual offence.

“The 1st defendant (Commissioner of Police), through his subordinates, negligently caused the death of my son and despite demand failed to compensate the plaintiff,” Mr Motsoena Monare states in his court papers.

“On or around 4 January 2013, plaintiff’s son, Moepa Monare, was unlawfully arrested by the 1st defendant’s subordinate officers, whose particulars are unknown to the plaintiff.

“Prior to Moepa’s arrest he was in good health. However, after his arrest, the said unknown police officers demanded his health booklet from the plaintiff. When the plaintiff inquired why his son needed to see a doctor all of a sudden, he was totally ignored.”

Mr Monare states that on 5 January 2013, he sent his other son, Matšelahanye Monare, to the Mafeteng police station to inquire about his detained brother.

He said Matšelahanye was told by one Senior Inspector Nthako that he was investigating the matter and he would update the family afterwards.

Mr Monare states that he waited in vain for the promised update only to be informed of the death of his son on 8 January 2013 by another police officer only identified as Phamotse.

He said the police officers however, refused to tell him what had caused his son’s death or where his body was.

“Instead the plaintiff was informed that he would be notified of the date a postmortem would be performed.

“On the 21st of January 2013, the said officer Phamotse together with other unidentified officers went to the plaintiff’s house and dumped the deceased’s clothes still refusing to disclose the location of the corpse.”

Mr Monare said it was only after he lodged a court application that the police officers informed him to come to Maseru for the post mortem.

He states that “the whole ordeal was frustrating and stressful since the deceased was the only breadwinner in his family.”

The case was postponed to 5 August 2019 for the submission of more evidence.

The police are also facing other lawsuits including that of opposition Movement for Economic Change (MEC) legislator Thabo Ramatla. Mr Ramatla is suing for M2 million in damages for torture that he was allegedly subjected to by the police in May this year.

A Maseru widow, ‘Makeabetsoe Selete, is  suing the police for M1 million damages for “brutally killing” her husband, Lekhetho, in 2011.

The cases are among many that have put the spotlight on the police for brutality against civilians. There have been numerous other cases of torture and deaths of suspects at the hands of the police.

A recent African Commission on Human and Peoples’ Rights (ACHPR) report seen by the Lesotho Times expresses concern over the “persistent allegations of police brutality” in Lesotho and call on the government to capacitate the relevant institutions to enable them to investigate allegations of human rights violations.

“The government should incorporate the promotion and protection of human and peoples’ rights in all its actions as well as in the legal, policy and institutional reforms which would be initiated as a result of the ongoing national dialogue,” the ACHPR report states.

Early last year, the then Police and Public Safety minister, ’Mampho Mokhele, torched a storm when she publicly admitted that the police used illegal methods including torture to extract confessions from suspects.

Ms Mokhele, who served as a police officer for 37 years, made the revelation at a ceremony where the LMPS was presented with forensic equipment donated by the Algerian government.

She said she hoped the equipment would go a long way in removing the need for torture as the police could now use it to determine whether or not a suspect had been involved in the commission of a crime.

“We, as the police, are often forced to use violence to get information out of people because at times we would be sure that the suspect committed the crime but due to lack of tangible evidence we have to use force,” Ms Mokhele said.

Prime Minister, Thomas Thabane, has condemned police brutality and ordered the Ministry of Police and Public Safety to furnish him with a report of how the ministry has dealt with cases of police officers suspected of human rights violations.

The United States ambassador to Lesotho, Rebecca Gonzales, has also warned that Lesotho risks losing out on the multi-million-dollar second compact under the Millennium Challenge Corporation (MCC) due to concerns about “unacceptable” corruption and police brutality against citizens.