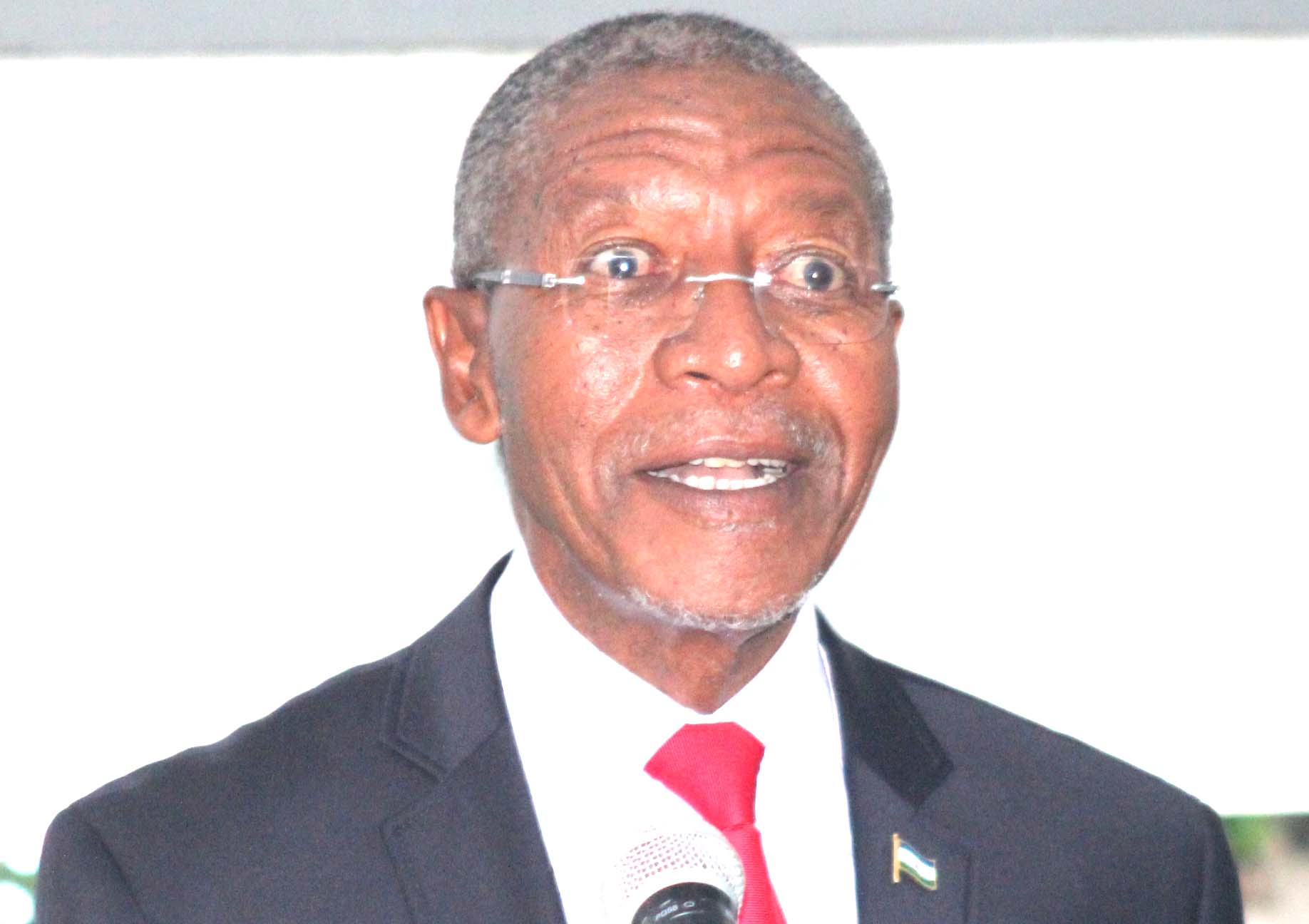 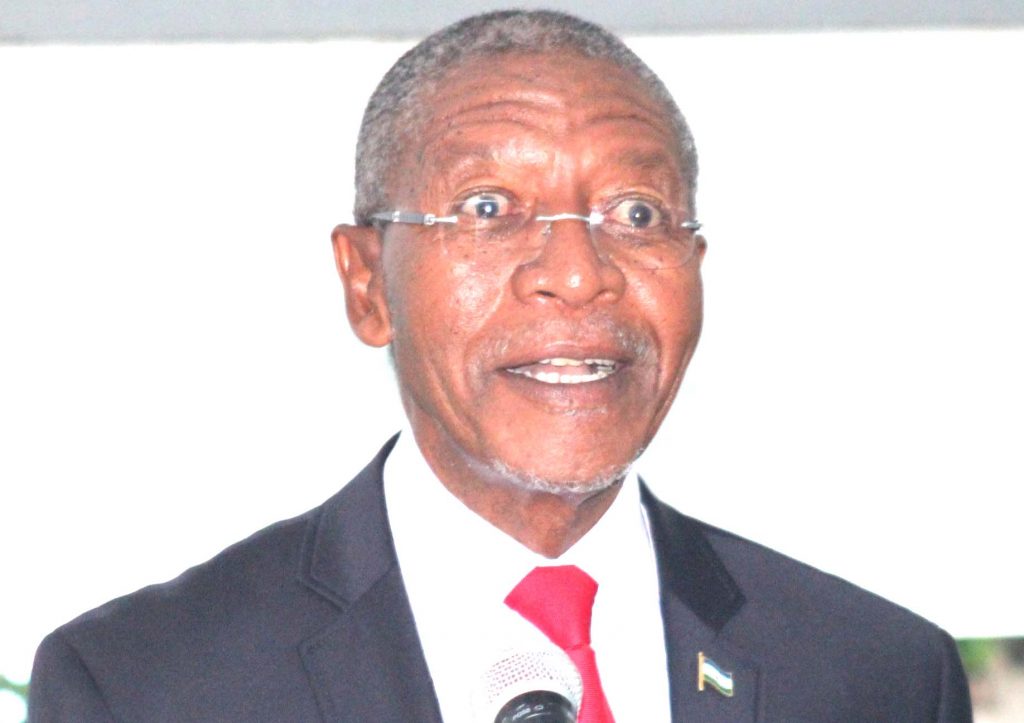 Prime Minister Pakalitha Mosisili says he gave evidence in the trial of former Energy, Meteorology and Water Affairs minister, Timothy Thahane, against his will.

Dr Mosisili was testifying as the first prosecution witness in a case in which Dr Thahane is facing M24 million fraud charges in the High Court.

The allegations revolve around the Block Farming Project in Mpharane, Leribe which the government embarked on seven years ago when Dr Thahane was then Minister of Finance and Development Planning under the Lesotho Congress for Democracy (LCD)-led government.

However, Dr Mosisili on Tuesday told High Court judge Justice Tšeliso Monaphathi  he was obliged to testify against Dr Thahane after giving information to the Directorate on Corruption and Economic Offences (DCEO).

Dr Mosisili told the court: “The DCEO said they only wanted information from me and when they later wanted my testimony, I declined. I told them I would not testify, and I am only here today because I was subpoenaed,” the premier revealed.

Under cross-examination from Dr Thahane’s lawyer, Advocate Dumisa Buhle Ntsebeza, the premier maintained not only was he unaware he would become a witness in the case, but also of the charges his former minister faced.

The Democratic Congress (DC) leader however, told the court he only came to know about the charges when he had left office after the 26 May 2012 general elections.

“I only became aware that Dr Thahane was being charged when the DCEO officers visited me to investigate. This was sometime in 2012 or 2013, but I was not the Prime Minister at that time.”

In his testimony, Dr Mosisili said cabinet did not approve vegetable-production for Temo ‘Moho in Mpharane, Leribe under the Block Farming Programme.

“There was a time when I was on a trip that visited the Mpharane Temo ‘Moho project.

“Dr Thahane was the mentor of the Block Farming project in that area. Up to that point, Temo ‘Moho was restricted to grain-production, but we discussed the possibility of diversifying into vegetable-production.

“I intimated to the minister (Dr Thahane) that the project could be pursued, but also said if it was to be done, two things would have to be done first.

“The second one would be that both ministers would jointly present the memorandum before cabinet,” Dr Mosisili added.

However, Advocate Ntsebeza sternly objected when Dr Mosisili referred to memoranda presented in cabinet in relation to the Block Farming programme.

The lawyer said he was raising the argument because Dr Mosisili could not explain documents he had not written as that would be against principles of giving evidence in court.

“I wonder if the authors of those documents would be called to testify.

“The prime minister cannot talk to the documents which he did not prepare. If he continues doing so, his evidence will amount to hearsay,” he submitted.

But Justice Monaphathi overruled him after Crown counsel, Advocate Guido Penzhorn, told the court the premier was only producing documents placed before cabinet for discussion.

“He is only explaining the documents that were presented in cabinet meetings which he was chairing as the Prime Minister,” Advocate Penzhorn said.

Substantiating his argument that cabinet did not approve vegetable production for the Mpharane Temo ‘Moho project, Dr Mosisili explained how the process leading to approval worked.

“There are two types of documents used in cabinet.

“The first one is the document that invites the cabinet to approve whatever is being recommended, while the second is only meant to give information. This document only invites cabinet to note something,” he said.

If Dr Thahane wanted the proposal to include vegetable-production for the Mpharane Temo ‘Moho project, he should have prepared a fresh memorandum and presented it in cabinet, the prime minister said.

However, the proposal to include vegetable-production in the area appeared in one of the paragraphs of the cabinet memorandum that Dr Mosisili was carrying in court.

“The minister should have brought a fresh memorandum seeking approval from cabinet for the contents of paragraph three of this memorandum,” he said.

He also told the court that government did not have any Block Farming policy, adding this was done in sessions based on the availability of funds.

“It had to be done on a seasonal basis because it required funding which was not readily available and we had to seek loans from commercial banks.

“I don’t recall any Block Farming Policy. As I said, it was also done on a seasonal basis because it was based on climate,” he said.

Dr Mosisili strongly denied recruiting Dr Thahane when he left the LCD to form the DC in February 2012.

“I specifically said I leave it to each minister’s conscience to make a choice. I did not put any pressure on anybody. I didn’t approach anybody to join me,” he said.

According to the charge sheet, Dr Thahane on June 6 2008 allegedly misrepresented to Standard Lesotho Bank that Dr Mosisili, and then Agriculture  Minister,  Ralechate ‘Mokose, had endorsed the Block Farming project for vegetable farmers belonging to Temo-‘Moho Mpharane Agricultural Association of Leribe, resulting in government losing M18 092 587.50.

The second count relates to Dr Thahane’s alleged misrepresentation to Standard Lesotho Bank that fuel supplied to Temo-‘Moho, totaling M6 076 502.68, was payable by the bank to the suppliers, Engen Lesotho Limited.

However, the state argues M4.8 million had already been paid out to Temo-‘Moho by individual farmers and Dr Thahane was aware of it.

Dr Thahane made his first appearance in the Maseru Magistrate’s Court on 4 November 2013 and was allowed to go home after paying M10 000 bail and M100 000 surety.

He was also ordered to report to DCEO investigators every last Friday of the month, as part of the bail conditions.

Is Lesotho a praetorian state yet?