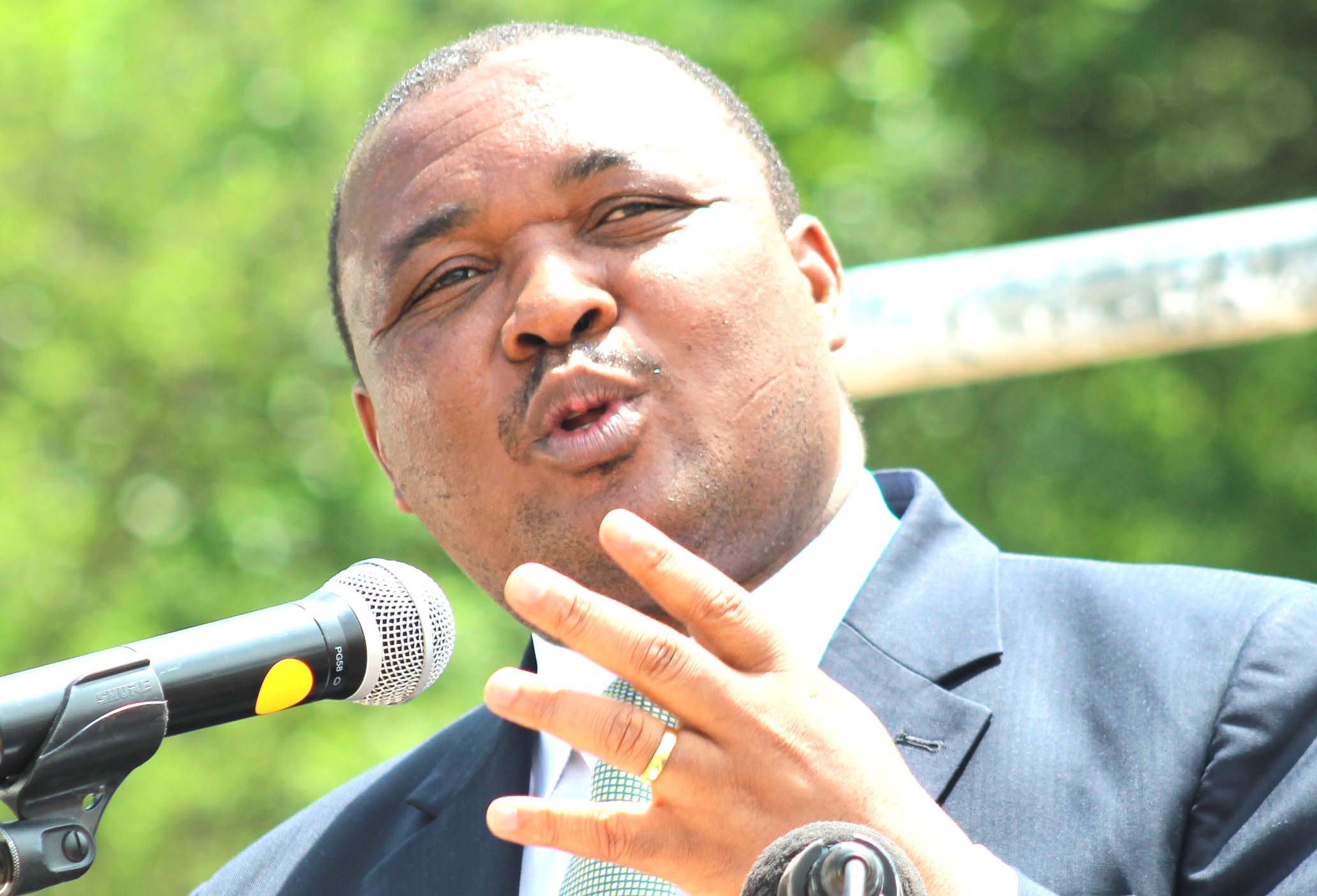 Deputy Prime Minister Mothetjoa Metsing on Monday told parliament that South African President Jacob Zuma “only laughed” when he asked him under what condition was opposition leader, Thomas Thabane, living in his country.

Mr Metsing said he posed the question a fortnight ago during the official opening of the Southern African Customs Union (SACU) headquarters in Windhoek, Namibia.

Dr Thabane has been living in South Africa since he fled Lesotho in May this year after claiming some members of the army, led by their commander Lieutenant-General Tlali Kamoli, were out to assassinate him in retaliation for allegedly victimising them while he was prime minister between June 2012 and March 2015.

On Monday, Malingoaneng Constituency Member of Parliament (MP) Serialong Qoo wanted to know what the House was going to do to opposition legislators who have been boycotting sittings since 26 June this year.

All 55 opposition MPs from Dr Thabane’s All Basotho Convention (ABC), Basotho National Party (BNP), and Reformed Congress of Lesotho (RCL) have vowed to continue with their boycott until their leaders return from exile in South Africa and Lt-Gen Kamoli is fired.

In addition to Dr Thabane, BNP leader Thesele ‘Maseribane and RCL leader Keketso Rantšo have also been living in South Africa since May for fear of the Lesotho Defence Force.

Mr Qoo asked Mr Metsing, who is Leader of the House: “What is worrying is the fact that opposition MPs continue to receive salaries without performing their duties. They are staying away for no apparent reason and we wonder what is going to be done about it.

“The Deputy Prime Minister is telling the house about the need to be responsible when it comes to public funds, but he is saying nothing about MPs who continue to draw salaries from government coffers without doing any parliamentary work.”

In response, Mr Metsing said the DC legislator had asked “ a very good question”, which he noted was alluded to last month by Home Affairs Minister Lekhetho Rakuoane when he appeared before the SADC Commission probing Lesotho’s security challenges. Advocate Rakuoane told the Commission the country’s constitution was clear that MPs who missed sessions for a certain period would lose their seats and by-elections held in their constituencies.

“I think Ntate Rakuoane reminded the public about what the law says about such state of affairs in the National Assembly of Lesotho. I hope when the time outlined in the constitution passes, then we won’t hesitate on this issue as every Mosotho has to abide by the law,” Mr Metsing said.

He then spoke about his mission to Namibia after Prime Minister Pakalitha Mosisili had asked him to represent him at the SACU meeting.

“I told President Zuma that there are people who now reside just across the Mohokare River in his country who claim to have fled Lesotho. I told him what’s shocking is in the morning, these people’s vehicles cross the border to be refuelled for free here by the government.

“I also told him if we wanted these people, I wonder what could stop us from just fetching them from Ficksburg where they are staying,” said Mr Metsing.

“Again, I asked President Zuma whether he takes Ntate Thabane as a refugee or if he had been granted a certain status by the South African government.

“The President only laughed.”

Mr Metsing then appealed to the opposition “to be sympathetic” to Lesotho.

“We have to be sympathetic to the country and its impoverished people as it is wrong for MPs to continue earning salaries when they are not working.

“The Prime Minister just reminded me here of the issue of no-work, no-pay. So these heads of state and government were telling me in Namibia that in their countries, there is a limit concerning the days MPs can be absent from parliament and how they are surprised about the way we do things here in Lesotho.”

Lioli out to redeem pride