Pageant to show the ropes of modelling 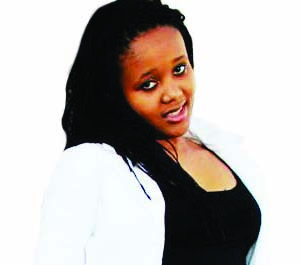 STAKEHODERS in the local pageantry sector, will this Saturday host a beauty pageant aimed at equipping local beauties with the requisite skills to strut their stuff at Victoria Hotel, in Maseru.

Miss Crown Royale 2014, as the pageant is called, will be the first of its kind aimed at enhancing the standard of the modeling industry. An initiative by beauty queens who have competed in international pageants it consists, among others, of the 2nd Princess of the Miss Africa Crown 2013 which was held in Sweden Molulela Monyake, Gladys Pelesa, who competed in the Miss Million Dollar 2013 in Johannesburg last year and Thakane Bereng a Miss Free State 2014 finalist.

According to Monyake the contest, the first of its kind in this country, is part of the 2014 Women’s Month commemorations.

“The main reason for the pageant is to train upcoming models on confidence, poise, body posture, public speaking as well as motivational speeches, since we have had the privilege to witness best practice from other countries,” Monyake said.

Through the pageant which is set to be annual, they hope to show the public that there is more to pageantry than meets the eye.

“People often perceive beauty queens as merely people who like to show off their bodies while never getting to understand the type of work they do and the pressure they work under,” she said.

The list of prizes will include: two night accommodation at Gracas a Deus, Piri Piri meal vouchers, a professional photo-shoot, clothing hampers among other goodies.

There will also be performances from Jiji F, KI and T-Mech.

Part of the gate takings at the show will be donated to a women’s charity home in keeping with the commemoration of women.