Obama: Russia must pull back troops from Ukraine border 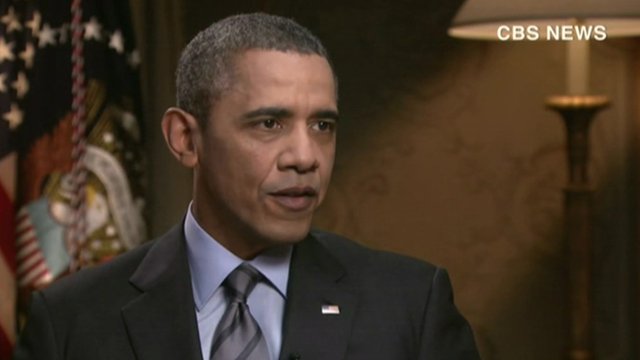 US President Barack Obama has urged Russia to “move back its troops” on Ukraine’s border and lower tensions.

Russia is believed to have massed a force of several thousand troops close to Ukraine’s eastern frontier.

Mr Obama told CBS News it may “be an effort to intimidate Ukraine, or it may be that [Russia has] additional plans.”

Meanwhile, a Russian security official has said intelligence measures are being stepped up to counter Western threats to Moscow’s influence.

Russia annexed the Crimea peninsula from Ukraine after voters in the region backed the move in a 16 March referendum. But both actions were condemned as illegal on Thursday by the UN General Assembly.

Fears are growing that other parts of Ukraine with large ethnic Russian populations could also be of interest to Moscow.

“The lawful desire of the peoples of Crimea and eastern Ukrainian regions is causing hysteria in the United States and its allies,” he was quoted as saying by Interfax.

Mr Malevany said Moscow was taking “offensive intelligence measures” to counter Western efforts to “weaken Russian influence in a region that is of vital importance”. 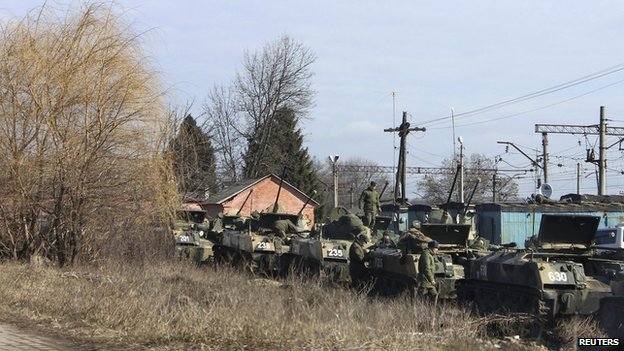 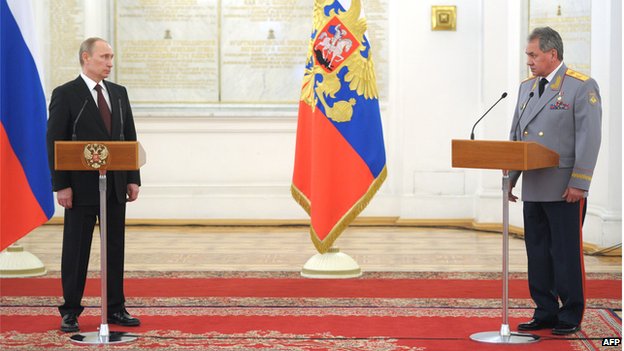 Russian President Vladimir Putin told military personnel gathered at the Kremlin on Friday that recent events in Crimea were “a serious test” for the Russian military.

He said the professionalism of the Russian military “helped ensure peaceful conditions” for the Crimea referendum.

Russian news agencies reported that Moscow would hand Kiev any military equipment left in Crimea by Ukrainian units that had left the peninsula.

He said Nato had plans in place to ensure effective defence and protection for all its members, including the three Baltic states – Estonia, Latvia and Lithuania.

Mr Obama, in his interview recorded before he left Europe on Thursday, said President Vladimir Putin had been “willing to show a deeply-held grievance about what he considers to be the loss of the Soviet Union”.

But he warned that the Russian leader should not “revert back to the kinds of practices that were so prevalent during the Cold War”.

“I think there’s a strong sense of Russian nationalism and a sense that somehow the West has taken advantage of Russia in the past, ” Mr Obama said. “What I have repeatedly said is that he may be entirely misreading the West. He’s certainly misreading American foreign policy.” 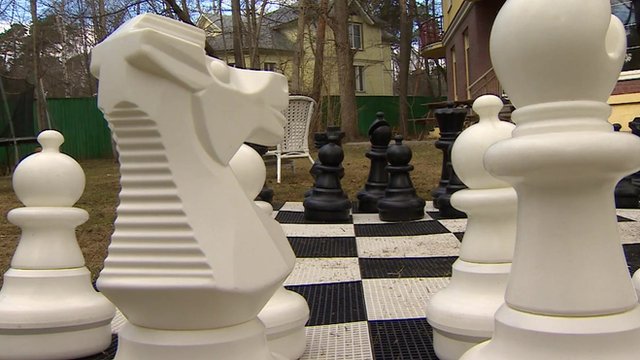 He was replaced after massive demonstrations and clashes between protesters and police in which more than 100 people died. The Kremlin says the new government in Kiev came to power illegally.

Ukraine’s former Prime Minister Yulia Tymoshenko, who has announced that she will run for president in May’s elections, said on Friday that she was sure Mr Yanukovych would stand trial one day for calling for the country to be broken up.

“If these really are his words, then this once again proves that the person who was once the president of Ukraine has effectively turned into a tool used for Ukraine’s destruction,” Ms Tymoshenko told reporters.

Ukraine is not a member of Nato and would not be covered by the collective defence agreement in the Nato treaty.

The organisation has already announced enhanced air policing over the three Baltic states – the only countries formerly part of the Soviet Union which are now Nato members.