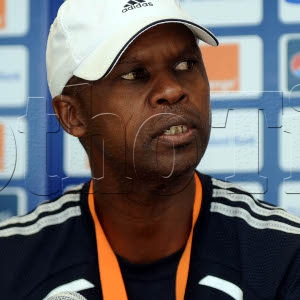 Notši was speaking to the Lesotho Times following his team’s 1-0 victory over Blackburn Rovers at the weekend — United’s fourth win since the former Likuena took charge in January.

In addition to the four wins, United have also drawn and lost two league matches and now occupy sixth-position on the 16-team table.
He joined the team when they were in 10th spot.

“What I can tell you is, it has been a very challenging journey. This league is very competitive as most of the teams have very experienced players and coaches,” said Notši.
“It is never easy when you join a team in the middle of the season, but my experience with the Lesotho national teams has really come handy to help me face these challenges.

“Although I have been with the team for three months now, I’m still adapting to club football where you play a match almost after every three days. This is unlike the national team where you have a match after three months, at least.”

The 49-year-old coach also said the standard of the league is very high and business-oriented, unlike in Lesotho where football is still amateurish.

Asked about United’s chances of gaining promotion to the Premier League next season, Notši, whose team trail log-leaders Chippa United and second-placed Black Leopards by 13 and six points respectively, said: “The target, at least, is to fight for a promotional playoff spot, which is not far away from us. It will be a great achievement for me and the team as a whole, if we can qualify for the playoffs.”

However, Notši, who also coached Lioli and Matlama back home, said he was already preparing for next season, where he hopes to challenge for a Premiership promotion from the word go, should United fail to make it to the topflight league this season.
On his team’s major strengths and weaknesses, Notši said: “We have been inconsistent, which is very worrying.
“But on the positive side, our striker Mbulelo Wambi, is third on the league’s goal-scoring chats.”