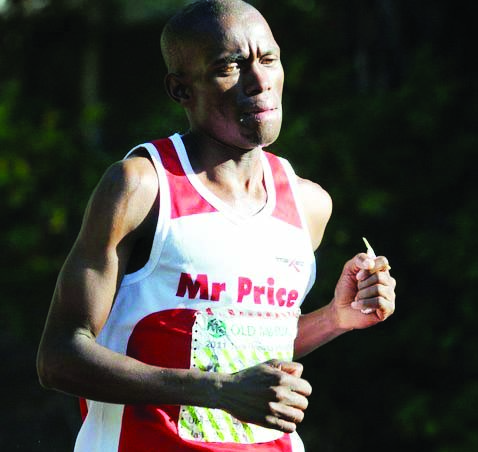 LESOTHO’s top long-distance runner Motlokoa Nkhabutlane got his 2021 season underway this past Sunday when he competed in the Bangabandu Sheikh Mujib Dhaka Marathon in Bangladesh.

The race was won by Hicham Laqouahi from Morocco who recorded 2:10:41. Another Moroccan runner Aziz Lahbabi with a time of 02:10:51. Third position was won by Jacob Kendagor from Kenya.

Angela Tanui of Kenya came first in the women’s category with a time of 2:29:04. Ethiopian Fantu Jimma came second clocking 2:32:31.

Nkhabutlane was the only athlete from Lesotho. He told the Lesotho Times this week that this was the first race since last March when he won the Deloitte Marathon in Durban.

He said he was happy to have finished in the five among talented from different countries.

“It was the first race after a long break and I had a good race,” Nkhabutlane said.

“One of the challenges was that it was very hot. Although I was largely inactive last year, I had prepared well for the race. However, the race wasn’t easy because I was competing against athletes who have good times yet it was my first time participating in the race.”

He had targeted a time of 2:10 but his coach advised him to focus on making it into the top positions as it was obvious that the scorching weather was not good for chasing times.

Nkhabutlane is one of local athletes who are under the Lesotho National Olympic Committee (LNOC’s) High-Performance Programme who are being preparing for the forthcoming Tokyo 2021 Olympics.

He said he wanted to use that race to qualify for the Olympicas and also as preparatory event for other upcoming races.

To qualify for the Olympics, Nkhabutlane must clock 2:11:30. However, he said that is not a challenge for him as long he can secure a good race.

“Clocking the time will not be a problem as long as I can get a good race. I have recorded 2:10 in the Rome Marathon in 2018 but that is no longer considered for next Olympic Games,” he said.

Nkhabutlane is however, worried that the recently imposed ban on sporting activities due to Covid-19 will again cause untoward suffering for athletes who earn a living from athletics.

To secure races outside the country, Nkhabutlane is working with his agent Gyane Dinadona from Italy and his coach Andrew Booyens from South Africa.