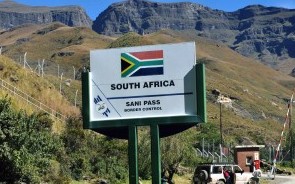 ON the occasion of Prime Minister Thomas Thabane’s inauguration as the head of the coalition government in 2012, I wrote an article in the Lesotho Times entitled “New PM must enforce SA-Lesotho relations”. It was basically a litmus test and assessment of whether Lesotho had come of age and produced the political leadership with the mettle to tackle the single most important challenge and need for Basotho; the redefinition and enforcement of Lesotho’s relations with South Africa. This would be the final fulfilment of the legacy of the nation’s founder and greatest statesman, peacemaker and warrior king, Moshoeshoe 1.

As previously stated, Lesotho and Basotho are an inalienable, integral part (and owner) of South Africa having contributed the most, particularly to its economic development, but benefitting the least. This is a wrong which should have been righted by Lesotho deservedly sitting at the Convention for a Democratic South Africa’s (CODESA) negotiations table when a new post-apartheid democratic South Africa was being forged. Indeed it is never too late for a second CODESA this time between the two countries.

First, a common consultative forum and vision agenda needs be drafted of all Basotho (of Lesotho and South Africa), by an “All Basotho Convention” (in the international sense of the word convention not relating to the name of the party) and the prime minister must convene this forum appropriately in May 2015 Africa Month, which can also serve as a model for greater regional and continental integration and union. Indeed, the region and continent shall have observer and input status at such an “All Basotho Convention” forum. Not forgetting and excluding as well, the African Diaspora. The first real tangible delivery of the (January 2015-December 2024) United Nations International Decade for People of African Descent which MK Malefane has taken up the challenge to drive.

The mileage and benefits for Lesotho in hosting this All Basotho Convention with regional, continental, Diaspora and UN observer and input status, will in particular, be on the economic development front as the forum serves as a platform for mobilisation and delivery of massive foreign direct investment (FDI) with the potential as I previously wrote in the Lesotho Times Jan 8, 2015 “Open invitation to the political parties contesting the elections”, to eliminate poverty and un-employment and transform Lesotho from least developed to emerging economy within 5 years.

The platform and model project for this foreign direct investment, remains still the MK Malefane led Highlands Investment Consortium’s US$4billion highlands dam-hydro-industrial development zone-tourist resort-bank-university of technology development initiative, deliverable only on the basis of the awarding by Lesotho-SA, of the Polihali dam-hydro project on a finance-design-build turnkey solution basis, which the new premier, without the distractions of the previous coalition squabbles, can now “enforce” with expected least resistance from South Africa.

Daunting as the task may be for the new premier and his cabinet, he can be rest assured of all the support that will be needed including in the previously proposed establishment of  a prime minister’s international investment advisory council as well as the immediate establishment of Moshoeshoe House in Johannesburg to serve as a Lesotho international marketing and investment promotion support office and guest house.

To the incoming prime minister, let your inauguration be a celebration but as well, the first day when you report for duty by incorporating the announcement of the above in your acceptance speech. “La Chaba Letsatsi” (the sun finally rises and shines on Basotho).