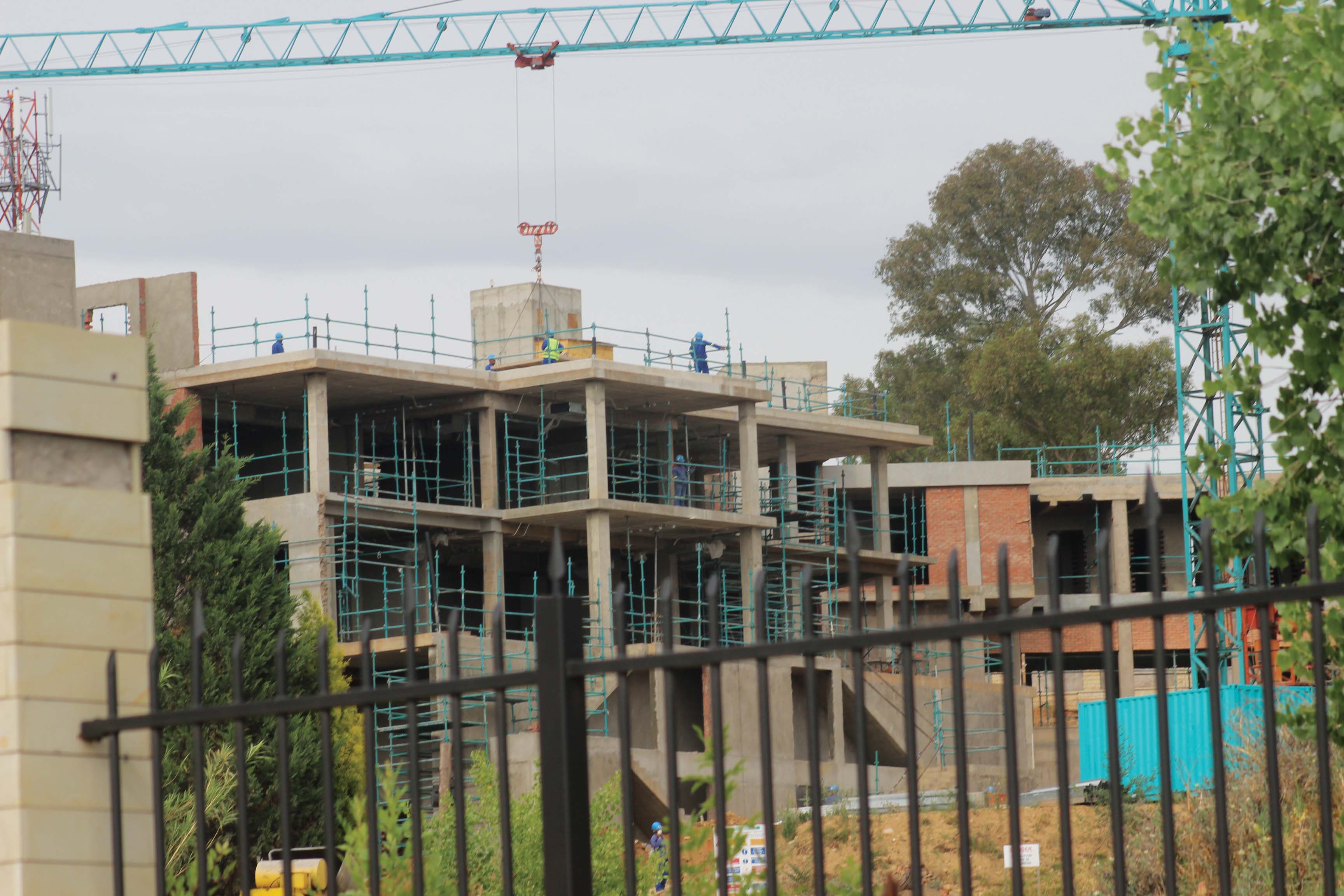 THE construction cost of the Royal Palace, which is underway in Maseru, has skyrocketed to M450 million up from the initial budget of M170 million.

This has prompted allegations of corruption with the project now in its seventh year of construction since it started in 2010. However, the Ministry of Public Works and Transport insists that the longevity of the project and change of architects firms were the reasons behind the spike.

Prior to them leaving the project, part of the building designed by the Palace Architects had been demolished following concerns over failure to meet the stipulated standards.

The Ministry of Public Works and Transport has since engaged another South African-based company, Makeka Design Lab to redesign the building according to the required specifications while the Lesotho Steel Products company undertakes the construction.

In an interview this week, Ministry of Public Works and Transport Principal Secretary, Mothabathe Hlalele, dismissed allegations of corruption explaining that the lengthiness of the construction, challenges in the areas of designing and change of companies had contributed to the increased costs of the project.

“It is not true that the costs escalated due to corruption but the whole project was, from the initial stage, expected to cost M170 million but the costs have escalated to M450 million and as we speak 80 percent of the job has already been completed,” Mr Hlalele said.

He said a government clerk of works was part of a team comprising consultants, project managers, quantity surveyors and construction company present at the construction site to ensure efficiency in the project.

Mr Hlalele further explained that following his appointment this year, he has studied the project and realised the need to explore ways to reduce the costs without compromising the project.

“We will not modify the structure as it is particularly made in accordance with the interests of Their Majesties but this is not to say that their specifications are in any way contributing to the escalating costs. In my opinion, the costs are not outrageous considering we are building this for Lesotho’s royal family. It is also important for people to understand that every field has its dynamics, which among other things can see costs increase beyond the projected or in some cases even decrease,” Mr Hlalele said.

He said in his assessment he realized the Royal Palace was a specialized and tailor-made structure befitting Their Majesties’ status. It also placed a lot of emphasis on the safety of the royal family.

Meanwhile, the 9th Parliament’s Portfolio Committee on the Economic and Development Cluster indicated that the slow progress in the construction of the Palace had become an embarrassment to the government.

The Committee said the construction of the new Palace has to be taken into serious consideration and dealt with immediately to avoid further embarrassment.

It also observed that although in the 2015/16 financial year, the total budget for construction of the new Palace was M72 million, M50 million of the money was returned due to delays and lack of progress.