New Lesotho diamond mine could be a gem 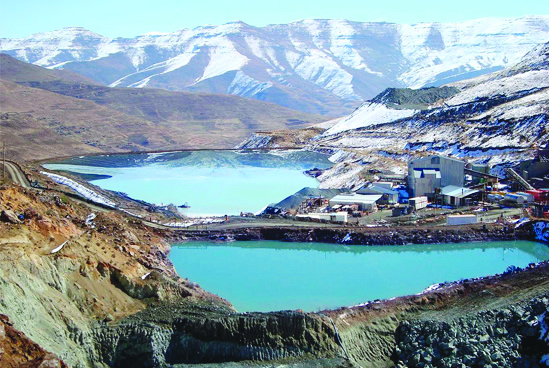 A NEW diamond mine will come into production in Lesotho before the end of 2016, with expectations it too may deliver exceptional gems like its neighbour Letšeng, a source of large, gem-quality diamonds.

Firestone Diamonds, traded on London’s Alternative Investment Market, will add one million carats of diamonds to the global market every year after starting production in October.

The M2.1 billion Liqhobong mine is high in the Maluti mountains, and has the potential to become a source of large, gem-quality diamonds, but not as prolific as its neighbour, Letšeng.

Firestone CEO Stuart Brown, the former chief financial officer at De Beers, estimated about 80 percent of the value realised from Liqhobong would come from 20 percent of the mine’s production.

Test work showed the mine to be a source of fancy yellow diamonds, he said. Firestone expects to earn an average $130 per carat from its tenders planned for Antwerp in early 2017.

Based on test work at a pilot mine that broke large diamonds bigger than 100 carats each, costing up to $25 million in lost revenue, there is an expectation the mine will yield special diamonds.

The $225 million raised in debt and equity would buy a new processing plant that would produce 3.6-million tonnes per annum and deliver large diamonds, Mr Brown said.

The Lesotho government is a 25 percent shareholder in Liqhobong.

The 15-year life of the mine is calculated on an opencast mine going 393 metres deep. There is considerable depth to the kimberlite that has yet to be explored.

Gem Diamonds, owner of the Letšeng mine, claims its production is the highest average dollar per carat kimberlite mine in the world.

De Beers, the world’s largest producer by value, does not generally tell the market about its large or exceptional diamond production.

The Cullinan mine near Pretoria, once owned by De Beers and now by Petra Diamonds, was the source of a quarter of the world’s large diamonds, Brown said.

Firestone has a market capitalisation of $140m, less than half of its net current value of $379m. – Bdlive.