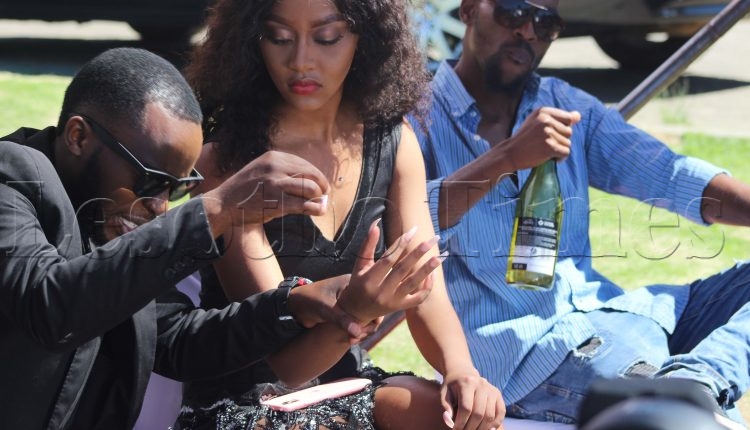 COVID-19 or wool and mohair are far from entertaining for ardent television viewers. But add family drama to the mix then, you might just have a riveting storyline.

This is the case for Pula Media, a local production house, which will this festive season treat Lesotho TV (LTV) viewers to a drama filled story revolving on Covid-19 and wool and mohair.

This will be done through a new series, Bophelo, which started shooting in Maseru yesterday.

Executive producer and director Paul Banda told the Weekender yesterday that the film is a perfect Christmas present for lovers of Lesotho content and the culmination of Pule Media and its partners among them Econet, Alliance Insurance, Lesotho Funeral, Boemo, Mohale Media and Mohahlaula Guest House.

“The series explores everyday stories but we are striving to ensure that Bophelo becomes the hottest television series championing and pioneering the way in which Lesotho productions should be done in terms of creative quality to reach international standards,” Banda said.

“The intention is to come up with competitive content that can be sold on any platform both locally and internationally. We have generated a lot of interest already and as much as the production is low budget, we are shooting it at a very high standard to match the already exciting soapies and drama series on popular platforms.”

He said they are working with both budding and established award-winning actors.

In the story, Jacob Mokena, a wealthy and hardworking widower creates an empire out of wool and mohair and later marries his secretary, Dikeledi. However, he suddenly dies of Covid-19.

The drama starts when his family realises that he has bequeathed his estate to his second son Tshepo and Dikeledi. In the will, he challenges his first-born son, Benjamin, a party animal based in neighbouring South Africa and the last born Bontle, a singer based in the United Kingdom; to prove themselves worthy of his inheritance. If they fail to prove, then they would be entitled to monthly stipends for the rest of their lives while Tshepo enjoys a largesse of half of his father’s estate.

“We expect two episodes to air in December. We are happy with the sponsors who have come on board so far among them Econet, our platinum sponsors; Alliance Insurance; our all-weather partners, the Lesotho National Broadcasting Service (LNBS); Boemo; Mohale Media and Lesotho Funeral,” Banda said.