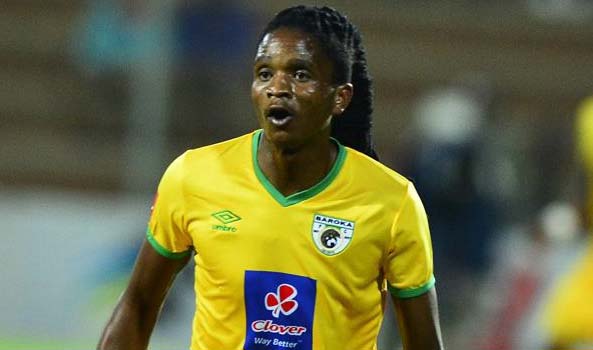 …as Maliehe calls SA based players for Botswana friendly

NATIONAL soccer team coach, Moses Maliehe, has made several changes to the squad ahead of an international friendly match against Botswana calling-up Tšepo Matete and Tšoarelo Bereng.

Likuena take on the Zebras on 24 March in Gaborone and Maliehe has not made it a secret that he intends to give a chance to all players eligible to play for Lesotho, but have never played their football in the country.

Apart from the duo, former youth international, Tšepo Toloane, who is enjoying a purple patch in his career since joining LDF, has been included in the team while Jane Tšotleho makes a return after a long absence.

The left-footed attacking midfielder now plays his football in Cambodia for Phnom Penh Crown FC having previously plied his trade in the United State of America.

“Our goal is to make sure that we utilise all the FIFA calendar dates when we do not have continental qualifiers and this is why we decided to schedule the match against Botswana,” Maliehe said.

“As you know these kind of matches are also good for boosting our FIFA rankings.”

Maliehe said it was not easy convincing the duo to play for Lesotho, but he believes they give him a big pool for Likuena’s September 2019 Africa Cup of Nations qualifier against Cape Verde.

Likuena started the campaign with a 1-1 draw away in Tanzania in a group that also has Uganda.

“It is never easy going for these players to tell them to come and represent Lesotho when they have been exposed to better salaries playing in South Africa.

“But they accepted the call up, a game which is in preparation build towards the big game against Cape Verde.

“The new players in the squad are excited to be part of our team as their roots are here in Lesotho. Bereng will join us earlier in our preparations, but Matete will meet up with the team in Botswana as he now plays his football in that country after leaving Baroka last season,” Maliehe said.

Polish based, Luciano Matsoso, is another player who has played and lived in South Africa who earned his first cap for Likuena last year producing a man of the match performance in the 1-0 win over Zimbabwe late last year.

Matsoso, born in Moshoeshoe II, but left for South Africa at a young age, grabbed the opportunity to play for his country and has won the hearts of football fanatics with a fine display against the Warriors.

“I think this is good for our football because these players have been exposed to professional leagues in South Africa and playing for the national team gives them more exposure.

“We have all seen how Matsoso added value into our team and I am confident the two will also improve our team since they play in more competitive leagues,” Maliehe said.