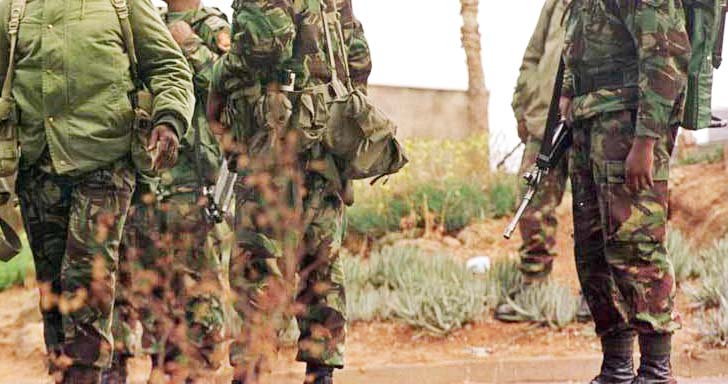 The Court Martial on Monday postponed to 6 September 2016 the trial of 23 Lesotho Defence Force (LDF) members accused of plotting to topple the army command.

The postponement is to allow the soldiers’ challenge of the legality of their trial, which was referred to the Court Martial Appeal Court in February this year, to be finalised.

The name of the Court Martial Appeal Court’s president is set to be gazetted tomorrow.

Of the 23 mutiny-accused soldiers who were arrested between May and June 2015, seven have since been released from Maseru Maximum Security Prison and placed under open arrest, which is a form of bail in the military. The other 16 remain in detention.

The LDF says the alleged plot was masterminded by former army commander Maaparankoe Mahao, who was shot dead in Mokema on 25 June 2015 by soldiers who had come to arrest him for the suspected rebellion.

However, when the Court Martial proceedings resumed on Monday this week, Judge Advocate SP Hancke advised the bench led by Major-General Mojalefa Letsoela that the trial should be postponed to allow the appeal time to be disposed of.

Judge Advocate Hancke further advised the court should reserve 19-23 September for the continuation of the trial should the appeal fail.

Prosecutor Advocate Roland Suhr also told the court that a High Court judge would be appointed president of the Court Martial Appeal Court.

“I am advised that steps have been taken to appoint the president of the Court Martial Appeal Court and the name of the appointed judge would be gazetted on 13 May. Following that, the expectation is that the registrar would set the matter before the court for hearing.

“Due to these circumstances, it was proposed that this trial be postponed to 6 September 2016 to allow for the disposal of the appeal lodged before the Court Martial Appeal Court.

“In the meantime, the Crown asks that the week of September 19th be reserved for the continuation of the trial.  However there has not been an agreement on this part with defence counsel,” said Adv Suhr.

He also noted that the appeal hearing could be in July and its judgement delivered in August hence the dates suggested for continuation of the trial.

“We believe that the dates of September 19 to 23 should be set for continuation of the trial,” said Adv Suhr.

For his part, Advocate Monaheng Seeiso Rasekoai, who is one of the lawyers representing the soldiers, told the court the defence was comforted that the prosecution understood the plight of the accused who are still in detention.

“We are comforted if they are to try and deal with the matter. And our advice to the court is that we should deal with the postponement and leave the Court Martial Appeal Court logistics to that court.

The lawyer further said the defence could still explore further avenues beyond the Court Martial Appeal Court should their appeal fail.

“We are challenging the legal propriety of this Court Martial. So let’s not engage in any matters that can prejudice the Court Martial Appeal Court and set dates. Our clear contention is that we have reservations for the matter to be set for continuation on September 19 to 23 as it says the prosecution harbours the opinions that we are not going to be successful with the appeal,” Advocate Rasekoai said.

Another defence counsel, Advocate Christopher Lephuthing, expressed concern that the state had informed the accused to pay their own legal fees.

“As the prosecution considers the plight of the accused who remain under closed arrest, we also ask that their legal fees issue be revisited. I foresee a scenario whereby problems would arise when we should be continuing with their defence if they are not granted legal aid,” said Advocate Lephuthing.

But the prosecution contested the arguments, saying setting dates for the continuation of the trial did not mean the appeal was being pre-empted to fail.

Adv Suhr also said on the legal aid issue, the matter had already been dealt with before the trial started.