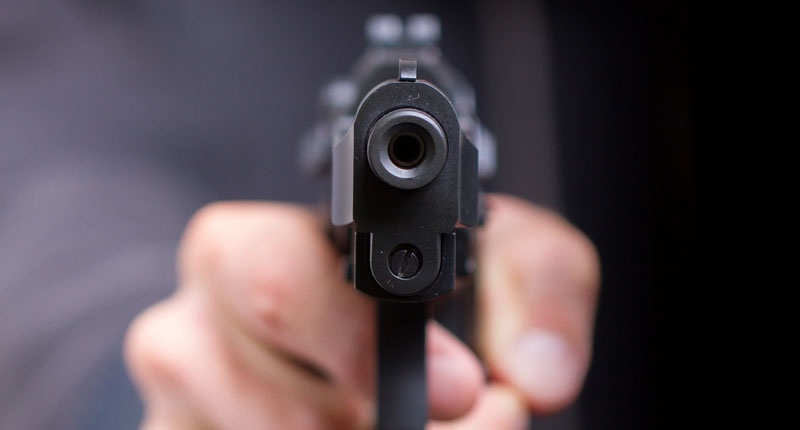 THE three civilians who were allegedly murdered by soldiers in Maseru in May 2017 were in fact notorious Famo gangsters who had murdered a soldier at the Maseru border, the High Court has heard.

Famo gangsters are actually a threat to national security as they are responsible for the rampant killings of members of the security agencies and ordinary people. This according to police Senior Inspector Mpheheletse Khatleli while testifying in the trial of 10 soldiers accused of murdering three civilians in May 2017. The trial is before Justice Moroke Mokhesi.

They allegedly strangled Lekhoele Noko, Molise Pakela and Khothatso Makibinyane at Setibing in rural Maseru on 16 May 2017 and dumped their bodies in the Mohale Dam.

The soldiers allegedly kidnapped and murdered the three men after the trio had just been released from police custody where they had been detained in connection with a shooting incident at the Maseru border gate on 13 May 2017.

Snr Insp Khatleli began testifying last week. He said that one army Private Seliane and a civilian, Moeketsi Makhabane – a street vendor, had been shot dead at Maseru Border Post. Another soldier, Private Nkonyama had sustained injuries and had been rushed to Queen ‘Mamohato Memorial Hospital.

Snr Insp Khatleli, was head of Criminal Investigations at Pitso Ground Police Station at the time. He said six men were arrested and brought to the police station in connection with the shooting incident. These included Messrs Noko, Pakela and Makibinyane who the 10 soldiers are accused of subsequently murdering. The three had been arrested together with Motlatsi Rantaoane, Molise Motaung and Tello Thoi.

Motaung, a South African citizen, was later released from police custody on 15 May 2018 and ferried back to his country. Noko, Pakela and Makibinyane were released on 16 May 2018 while Thoi and Rantaoane appeared before the Maseru Magistrates’ Court. Thoi was released by the same court while Rantaoane was remanded in custody on charges of murder and attempted murder.

While being cross-examined on Monday, Snr Insp Khatleli told the court that during their investigations, the police had discovered that the suspects, who included the deceased, were members of a Famo gang.

Brigadier Mphaki’s lawyer, Advocate Letuka Molati, had asked him to confirm whether or not the suspects were Famo gangsters.

Adv Molati also put it to Snr Insp Khatleli that one of the suspects was even wearing a hat bearing the name of the Famo group, Phula Bobete (loosely translated to mean ‘valley of corrugated blood’). Snr Insp Khatleli confirmed that the unnamed suspect had indeed been wearing such a hat when he was arrested.

“Do you confirm that Famo groups are prone to committing killings or being killed,” Adv Molati asked Snr Insp Khatleli.

“Some police and army officers are even Famo members and they supply guns to these Likobo (blanket) gangs. I put it to you that when they have committed murders in Lesotho, the Famo gangsters flee to South Africa and their extradition becomes a problem. Would you agree with me that the Famo gangs threaten the national security?” Adv Molati asked.

Snr Insp Khatleli answered in the affirmative. He further said security agents were being killed by Famo gangsters who wanted to make a name for themselves within their gangs.

“I agree with you. Recently, a police officer who was under my command in Mokhotlong was butchered by Famo gangsters. They kill officers in order to take their guns. Another reason is that anyone who kills a national security agent gets promoted within the Famo gang,” Snr Insp Khatleli said.

Another defence lawyer, Adv Karabo Mohau, who represents Major Ramoepane, posed similar questions about Famo gangs terrorising the nation. In reply, Snr Insp Khatleli said even when they were arrested, the cases of Famo gangsters simply died a natural death.

“Their cases are handled like toilet paper. They get arrested, remanded and granted bail. That is the end of their cases. I have opposed so many bails but they got released,” Snr Insp Khatleli said.

After his testimony, another witness, Retired Senior Superintendent Api Letsie, took the stand. Rtd Snr Supt Letsie was the Officer Commanding Maseru Urban at the time the three civilians were allegedly murdered by the 10 soldiers.

Snr Supt Letsie said he had arrived at Maseru Bridge soon after the shooting incident on 13 May 2017. He said he ordered the suspects to be transported to Pitso Ground Police Station as he felt they were in danger of the “angry” soldiers who had flocked to the border in the wake of the killing of their colleague by the suspects.

“I rushed to the border as I was already in town. There, I was welcomed by police Sub Inspector Ramohau who was on duty and he gave me the report of what had transpired. I asked where the suspects were and he took me to a small office at the border where they were kept. We took them to a larger office to record their particulars.

“Among the LDF members present was one Captain Monyeke from the Military Intelligence who said the shot soldiers had been under his command. Colonel (Thato) Phaila and Brigadier Mphaki were also there. Ramohau then told me that there were many soldiers outside the office who were very furious.

“I then ordered Lance Sergeant Masupha to take the suspects to Pitso Ground Police because I feared that the anger outside could be directed at them. I then handed them to Khatleli. I also introduced him to Monyeke to assist him with investigations. It is normal for police and army to have joint operations,” Rtd Snr Supt Letsie said.

Next up on the witness stand was one Lance Sergeant Tšooana who testified that his role was to ferry Motaung to the border after his release.

Detective Police Constable (DPC) Pesha Shale followed as the fourth witness. He said two LDF vehicles had blocked his way while he was transporting the suspects from Pitso Ground Police to Maseru Central Charge Office for detention on 15 May 2017.  He had to carry out his assignment at a later stage that day when the army vehicles had departed, he said.

The fifth witness was former DPC Sempe Letsie. He said while on duty on 15 May 2017, some soldiers had stormed Pitso Ground Police Station demanding that they hand over Motaung.

“I was on duty alone waiting for officers who were to start the night shift to arrive when Private Liphoso (from the army) entered and passed the reception without saying a word. I rushed after him and found him taking pictures of the suspects. I chased him out of the office. I knew him because we had worked together in some joint police and army operations.

“After a few minutes he returned with two other men. They asked me where the other suspect, Motaung was and I told them I did not know. They asked repeatedly in angry tones. They then left,” DPC Letsie said.

Retired Major General Lineo Poopa took the stand on Tuesday afternoon as the sixth crown witness. Major Gen Poopa was deputy army commander when the murders were allegedly committed. He said he had warned an angry Major Ramoepane to “let the police do their work”.

“I learned about the LDF officers who had been shot at the border from (then army commander) Lieutenant General (Khoantle) Motšomotšo.

“It happened that Lt-Gen Motšomotšo and Brigadier Mphaki went for a SADC meeting in South Africa and I was left as acting commander while Major Ramoepane was in charge of the Military Intelligence. He told me that he was furious that the police were planning to release the suspects even though they had killed a soldier. I advised him that he should let the police do their work. I told him that we should not do anything stupid as soldiers. Based on how angry he was, I suspected he would take the law into his own hands.

“I told Lt-Gen Motšomotšo about my conversation with Major Ramoepane and he agreed with me that we should let the police do their work. He told me that Captain Monyeke and his team were assisting the police with investigations. I later learnt from Lt-Gen Motšomotšo that the suspects had been released from police custody,” Rtd Major Gen Poopa said.

Lead prosecutor, Shaun Abrahams, then asked Rtd Major Gen Poopa whether it was lawful for the army to detain suspects after their release from police custody and he said this was not allowed.

The trial continues today with the seventh witness, Lebohang Rabele, taking the witness stand. Rabele is a civilian who allegedly saw two people being abducted near Lakeside, Maseru, by four heavily armed men in a 4×4 vehicle.

Exclusive: Majoro pours his heart out