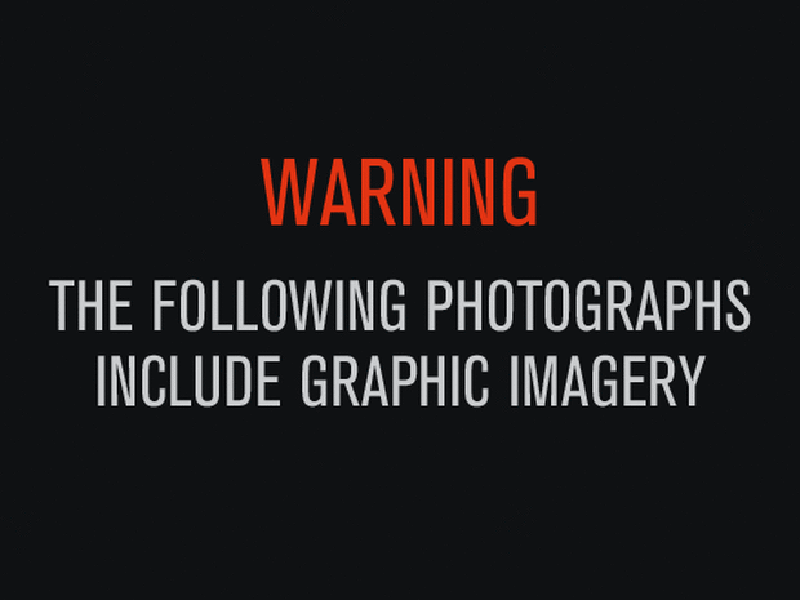 THE community of Ntširele in Khubetsoana is grieving after one of its prominent members was brutally murdered by her live-in partner. The deceased’s her four month old grand-daughter was seriously injured after being sprayed with acid in one of the most gruesome cases of women and child abuse in Lesotho.

Lebohang Nkuebe (41) has since appeared in court over the murder of his partner, prominent businesswoman ‘Mathabang Radiile (53).

The Radiile family had complained that only the murder charge had been raised against Nkuebe despite his gruesome torture of the infant.

It is understood that Nkuebe confessed to stabbing Ms Radiile multiple times with a knife after initially trying to deny any knowledge of what had happened on the fateful day.

Nkuebe was at home with his partner around mid-morning on the November day of the murder.  An argument is said to have ensued during which Nkuebe drew a knife and stabbed Ms Radiile several times killing her on the spot.

Nkuebe then proceeded to spray the four month old infant, Ms Radiile’s granddaughter, with acid causing her severe life threatening injuries.  The infant’s mother was at work at the time of the incident.

So seriously wounded was the infant that she faces an uncertain future. She has undergone surgery and is due for another operation to try and save her life.  Staff at Queen Mamohato have tried all they can to assist the infant and the Radiile family is grateful for their efforts.

It is understood that after killing Ms Radiile, Nkuebe had stuffed a cloth into the infant’s mouth so that her cries could not be heard by neighbours and then dumped the infant on the floor in another room to create time for him to devise a scheme to cover up his murder of the toddler’s grandmother.

Nkuebe then left the house to run his errands leaving Ms Radiile’s lifeless body in a pool of blood in another room while the tortured infant lay for hours helpless with no one in the house. The infant’s mother was at work. Apparently, Nkuebe, who worked in Ms Radiile transportation business, is understood to have gone to collect children from school and delivered them to their homes while the infant suffered on her own with her grandmother already murdered. 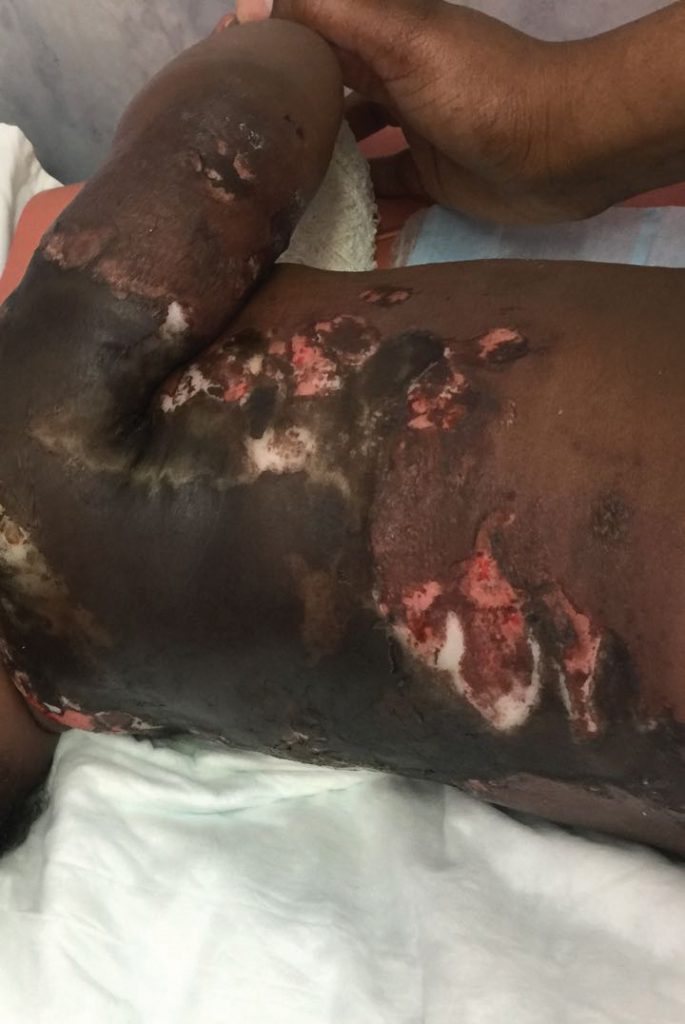 Ms Radiile was contracted by various parents to collect their children from schools and deliver them to their homes. Nkuebe assisted her partner in the business and regularly went to pick the children during late afternoons.

Nkuebe initially tried to claim that the murder had happened while he was away collecting the children and tried to paint it as a robbery attack. Family members said his story did not add up because nothing was stolen from the house.

Nkuebe subsequently volunteered information to the police about how he murdered his lover and even showed them the weapon he used and the clothes he was wearing which he had tried to wash and hide.

Various community members around Ntširele said they had been dumbfounded by the case and expressed concern at  the ever escalating crime levels.

“How can any right thinking person do such a thing to a mere four month old baby…..This man (Nkuebe) is not human. He is a beast…He deserves to be buried alive,” said Mohapi Lerotholi.

Other community members expressed disgust that a man, who had confessed to such a heinous crime, could be shortly afterwards be seen on the streets and in pubs as well as social media after being granted bail.

“We have become a depraved and soulless society,” said,  Ntsekele Ntsekelo, another  Ntširele community member.

The police handling the matter could only say that investigations into the matter are nearing completion and promised to have the matter proceed to trial.

“We are only waiting for a post-mortem report from TY (Teya-Teyaneng) where we perform all post-mortems for both Maseru and Berea districts,” said Sergeant Kubutu Kubutu from Mabote Police Station.

“We are also waiting for a medical report for the minor child who was injured and these documents will mark the completion of our investigations,” he said.

Asked why the police had not opposed Nkuebe’s bail application after he was charged with such heinous acts,  Kubutu said: “We did not oppose it (bail) because we did not have valid grounds to oppose it.” 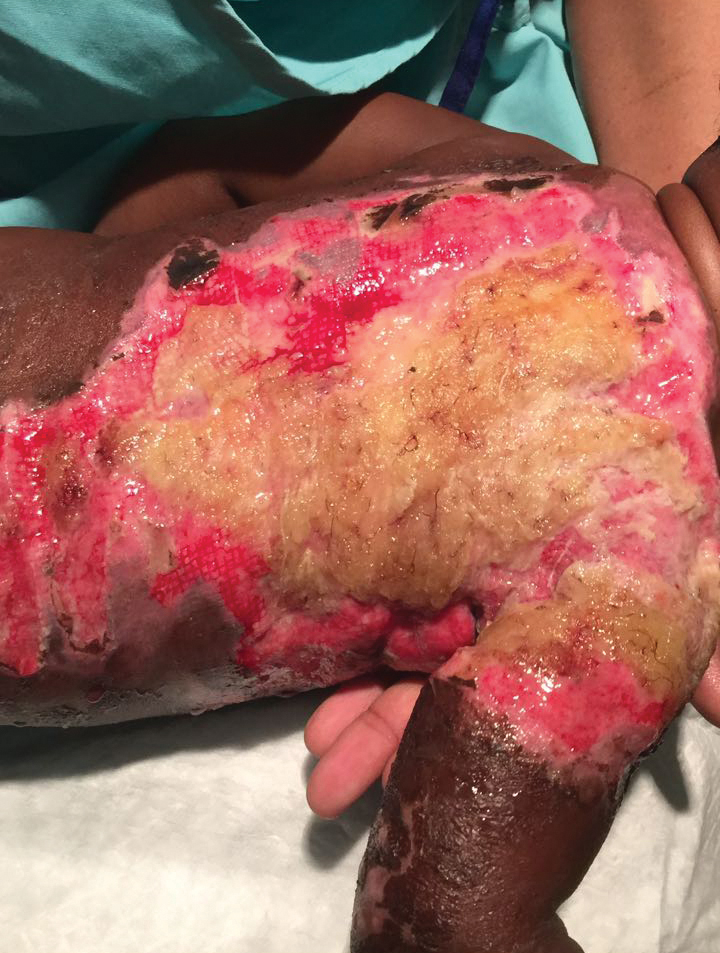 This is despite that when Nkuebe first appeared in court on 20 November 2017, the second charge had not been put on the charge sheet because the police said they wanted a medical report.

The Radiile family remains unsure if the second charge has been preferred against Nkuebe. All they know is that a couple of weeks after the gruesome incidents, Nkuebe was back on the streets – moving ahead with his life- and actively participating on social media, appearing more worried about  retrieving the clothes he left in the house he used to share with Ms Radiile.

Efforts by the family to establish the terms on which Nkuebe was granted bail have hit a brick wall.

Advocate Hlaele said he only dealt with the case at Nkuebe’s first court appearance on 20 November 2017 and the bail issue was then dealt with at the High Court.

No one ever alerted the family about the bail proceedings at the High Court despite their keenness to follow all proceedings involving the loss of their beloved mother.

Sergeant Kubutu said he did not know any of the bail conditions despite being the investigating officer.

He however, said the police have learned that the injured infant was still attending medical check-up sessions as her health was not yet stable.

“We have learned that she is expected to undergo some operation scheduled for 2 February this year,” he added.

He said the case was still fresh yet the police were already in an advanced stage of their investigations to get the matter ready for prosecution.

Nkuebe is still attending regular remands before the Magistrate’s Court, he said.