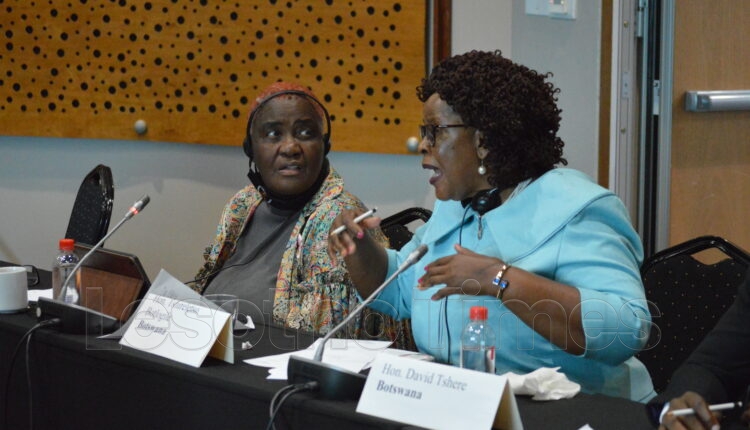 JOHANNESBURG, SOUTH AFRICA – A recent workshop for Members of Parliament from southern Africa focused on building the understanding of bodily autonomy and integrity (BAI) and how lawmakers can promote it.

BAI refers to the ability of all people regardless of gender or sexual orientation to make decisions over their bodies without interference or coercion.  The 2021 State of World Population report titled: ‘My Body is My Own: Claiming the Right to Autonomy and Self Determination’ says that bodily autonomy and integrity remain out of reach for nearly half of women in 57 countries.

Against this backdrop, the AIDS and Rights Alliance for southern Africa (ARASA), convened a two-day workshop for MPs. ARASA has also been building the capacity of the media in southern and east Africa to correctly and consistently report on bodily autonomy and integrity (BAI), while holding duty bearers to account on their obligations in this regard.

The workshop took place in November and drew seasoned lawmakers with experience in sexual reproductive health rights (SRHR) who believed that having agency over one’s body is the foundation for gender equality and human rights, and newly-elected MPs keen to appreciate the link between BAI and many aspects of health and life.

The Chairperson of the Human and Social Development and Special Programmes (HSD&SP) Standing Committee of the SADC Parliamentary Forum (SADC PF), Honourable Rosie Bistoquet from Seychelles, officially opened the workshop.

She reiterated SADC PF’s commitment to promoting human rights, the enjoyment of SRHR for all people and to “ensuring that the voices of vulnerable and marginalized citizens of SADC are heard”.

On BAI, Bistoquet said the Forum was dedicated to remaining “very integral in the advancement of SRHR for all, particularly all key population groups”. She cited various documents and model laws that the SADC PF had developed over the years, including Minimum Standards for the Protection of Key Populations of 2018.

She, however, bemoaned challenges that continued to hamper achievement of Sustainable Development Goals and other global commitments. In this regard, she pointed out “systematic sexual and reproductive rights violations, especially against women, young people and key populations”.

She challenged the region’s Members of Parliament to unite and make a difference.

“We as parliamentarians are key in the advancement of the rights of vulnerable populations in our region. This could be accomplished by changing our domestic laws which are characterized by colonial hangovers that impede our citizens’ enjoyment of bodily autonomy and integrity,” she said.

“The SADC PF is focusing on strengthening the capacity of parliament to promote and protect human rights,” Sekgoma said in remarks made on her behalf by Mr. Sheuneni Kurasha, the program Manager for Democracy, Governance and Human Rights at the SADC PF.

She expressed optimism that the workshop would strengthen the capacity of parliament to make sure that state power is balanced and to provide space for citizens to create space for meaningful participation in governance processes.

“In this regard, I invite stakeholders to take full advantage of what is happening within the institutions of SADC PF where we are prioritizing, also, the issue of domestication of regional commitments,” she said.

She explained that over the last 10 years SADC PF developed different model laws, reference documents and created structures to facilitate their domestication.

Sekgoma said the SADC PF’s Regional Parliamentary Model Law Oversight Committee had been established “specifically to assess progress on the realisation or domestication and implementation of model laws and other regional policies”.

She added: “Model laws draw their content and scope from existing regional commitments which are already binding on Member States and therefore, the work toward domestication must gain traction. In states where resources are hard to come by, the few resources must really be put to good use.”

During the workshop, MPs shared experiences on working on issues related to BAI. From Malawi, Member of Parliament Honourable Matthews Andrew Ngwale said abortion was rampant in his country but remained criminalized.

Ngwale said some MPs spoke very passionately about the need for a Bill on abortion when outside Parliament, but tended to develop cold feet when it came to tabling it in Parliament.

“Unfortunately, on the day of our presentation on the Bill in Parliament, all members of the task force ran away. They couldn’t come in the open and support the Bill,” he said.

“Since then, the Bill has not come back to parliament. Despite what happened, we thought this was some kind of success because, for the first time in this country, the whole nation was talking about this Bill, including the President of the country,” he said.

Ngwale stressed the need to educate and inform citizens so that they participate in law reform.

Botswana’s retired MP, Honourable Tshireletso Botlogile, took a swipe at MPs who skirt contentious issues such as abortion and key populations for fear of losing their seats. 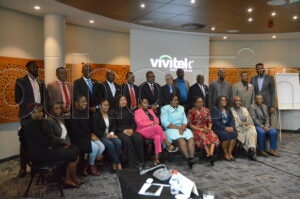 She said tackling so-called difficult issues had actually endeared her to the electorate and she was reelected several times.

“When I was in parliament, I talked about these issues and people would not support me inside the House but then when we got outside, they would come to me to talk about safe abortion, LGBTI and sex workers,” she said.

Botlogile contended that anything could be communicated – with tact.

She said the workshop and similar ones would enable MPs to recognize and acknowledge women’s SRHR as well as their ability to take decisions in relation to their sexuality.

Zimbabwean retired medical doctor and now Member of Parliament Dr Ruth Lobode, also welcomed the workshop but urged the organisers to be tactful and mind their language to avoid hurting their cause.

She lashed out at the “hypocrisy” of some countries that got lots of money from the Global Fund ostensibly for use in responding to the needs of key populations, only to criminalise and exclude them.

“We then have a cap on access to SRHR services for our youth under the age of 18. We have a challenge with our Termination of Pregnancy Act. We criminalize sodomy. We criminalize sex workers. We are working on the age of consent, making sure that we repeal Section 35 of the Public Health Act,” she said.

Labode said efforts were underway, also, to  decriminalize sex work in her country.

“There is also a shift in some of the churches. Recently they said they wanted to petition parliament on teenage pregnancies. It means they want to change the law, which is good for us,” she said.

She hoped that the envisaged Medical Service Bill would ensure more access to SRH services. She called for greater collaboration between parliaments and Civil Society Organisations to tap into the latter’s knowledge and capacity.

Labode said that the Parliament of Zimbabwe was enacting a Comprehensive Sexual Education (CSE) Act and work was ongoing on a Post Abortion Care Policy with calls to reform the Termination of Pregnancy Act.

Additionally, she said, the Ministry of Health and Child Welfare was building the capacity of health workers countrywide on how to manage sexually transmitted infections among gay men while the country had outlawed child marriages.