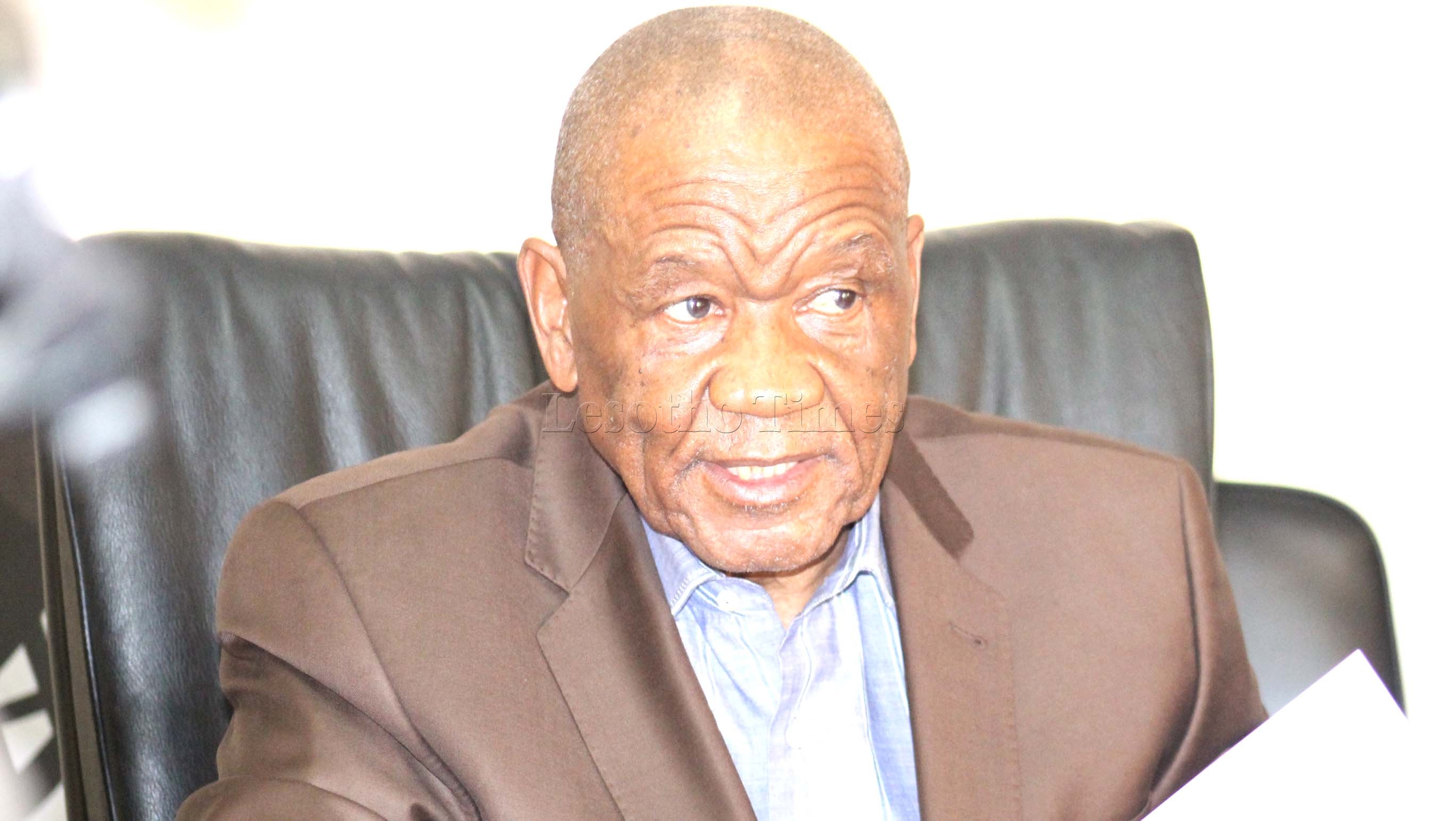 Prime Minister Thomas Thabane must not use Lieutenant General Tlali Kamoli as a scapegoat in his continued violation of agreements he would have signed with his coalition government partners and stakeholders.

This is according to 72 legislators from eight political parties who attended a crisis meeting held at Lesotho Sun Hotel this week to discuss Dr Thabane’s refusal to reopen Parliament on 19 September 2014 in line with a deal brokered by the Southern African Development Community (SADC) in Pretoria early this month.

Dr Thabane suspended Parliament for nine months on 10 June 2014 when opposition MPs were making moves to pass a no-confidence vote in his premiership, citing maladministration for the proposed impeachment.

Speaking on behalf of the MPs, Tlohang Sekhamane said Lesotho’s problems were due to “one man only and once removed from the equation, things will be back to normal”.

Mr Sekhamane continued: “The MPs agreed that the problem in Lesotho starts and ends with one person, and one person only. That person is Prime Minister Thomas Motsoahae Thabane who wants to consolidate his position such that he can eventually rule Lesotho for a very long time outside the confines of the country’s constitution.

“As representatives of the people, we are making this joint statement appealing for calm and restraint from the public. We would want Parliament to be reopened on 19 September and Thabane to refrain from destabilising the disciplined forces by letting Lieutenant General Kamoli remain commander of the LDF.

“There are many confusing stories around this issue. However, what is clear to us is that the prime minister wants to replace Kamoli with Brigadier Maaparankoe Mahao in contravention of the country’s military laws.

“We understand the promotion of Mahao from Brigadier to Lieutenant General and his appointment as army commander (on 29 August 2014) was not done according to regulations, so we would want Parliament to reopen so that we can question the prime minister about this.

“Mahao had been suspended and court-martialed when he was suddenly promoted, and this is what Ntate Thabane has got to explain. We realise such total disregard of army regulations has the potential to sow seeds of conflict and division in the LDF.”

According to Mr Sekhamane, the MPs also wanted to make it clear that there was no security threat in Lesotho, which should force Parliament to remain close sine die, after Dr Thabane lifted its prorogation on 5 September as per the SADC roadmap agreed upon by Dr Thabane and his two coalition government partners—LCD leader Mothetjoa Metsing and his Basotho National Party (BNP) counterpart, Thesele ‘Maseribane—on 1 September in Pretoria. South African president Jacob Zuma, in his capacity as the SADC Organ on Politics, Defence and Security Cooperation chairperson and SADC Executive Secretary, Stergomena Lawrence Tax witnessed the agreement.

“We would like to raise three points regarding this matter. First, the current situation in Lesotho is not  conducive to a change of command in the LDF, and second, the prime minister is only using this matter of security as an excuse not to open Parliament. Third, Brigadier Mahao is facing a court martial, and by law, he cannot be promoted,” Mr Sekhamane said.

He continued there should never be a connection between the removal of Lt Gen Kamoli with the opening of Parliament as far as the Windhoek Declaration and Pretoria Agreement, signed by the coalition government leaders on 31 July 2014 and 1 September 2014, respectively.

“The prime minister has not even bothered to explain why he has not delivered on these important obligations, thereby holding the whole country to ransom,” Mr Sekhamane said.

“We plead strongly with Ntate Thabane to immediately stop his attempt to remove General Kamoli as this is both dangerous and unnecessary; his being in office should have nothing to do with Parliament.”

According to Mr Sekhamane, the MPs were surprised that Dr Thabane was now saying he did not know that Mahao was ever facing a court martial

“We are shocked that he is now denying any knowledge of the fact that Brigadier Mahao was facing a court martial. We would like to call on our prime minister to find it in his heart to take SADC seriously. As MPs, we are horrified by the dishonesty that he has displayed in this entire dispute.

“Lesotho has made tremendous strides from 1993 to 2012 in deepening democracy and entrenching good governance and the rule of law. The peaceful handover of government from one party (DC) to a coalition of three parties (ABC, BNP, and LCD) in 2012 represented the epitome of these achievements, so it is unfortunate that we find ourselves in this current situation, which, as we have said, is the result of one man, and one man only, and that man is none other than Ntate Thabane.”

Tourism in Africa driven by business