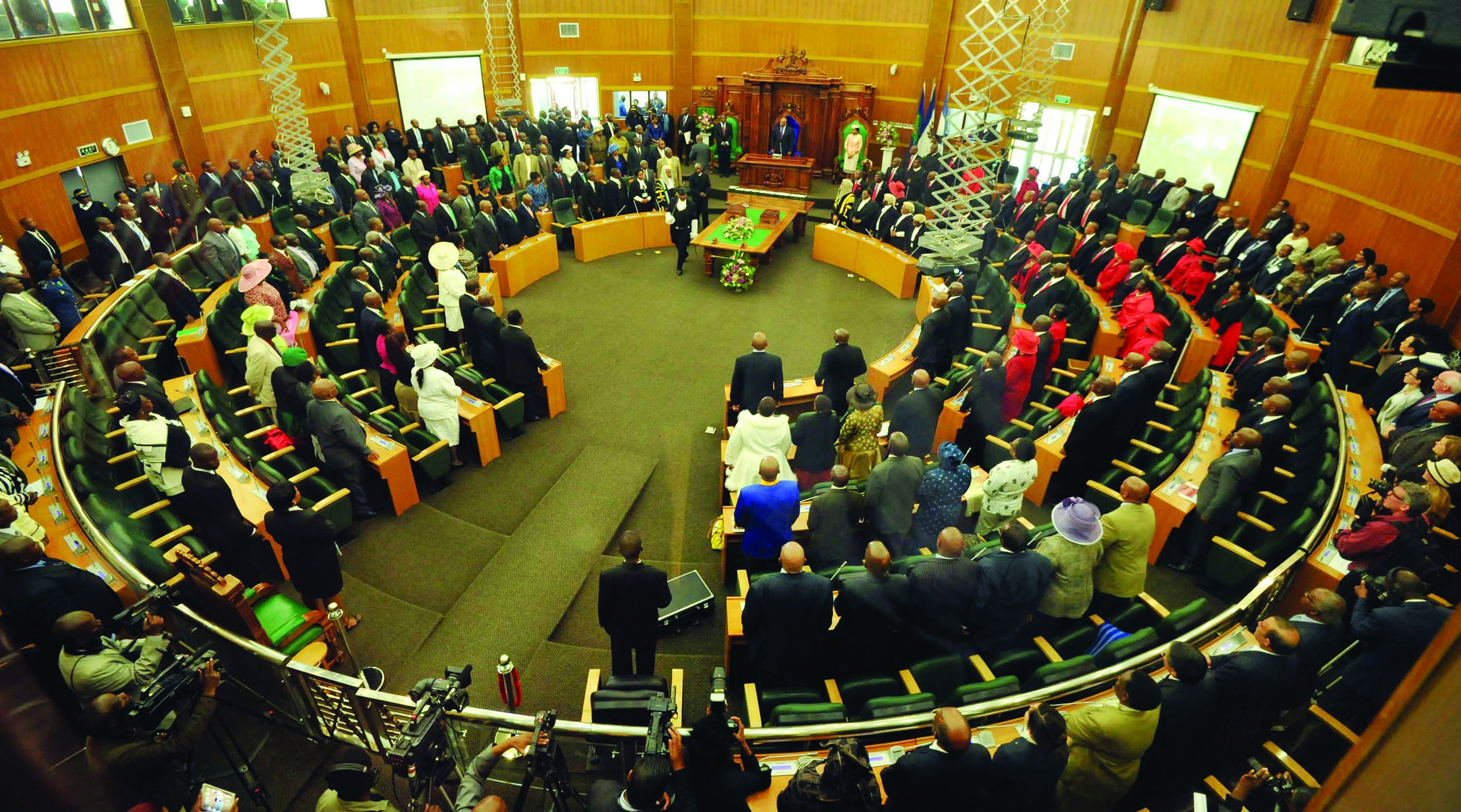 THE case in which 10 members of parliament are challenging the indefinite and abrupt closure of the National Assembly was on Tuesday postponed to 23 January 2017.

The MPs lodged an urgent application before the High Court last week seeking an order to compel the Speaker of the National Assembly, Ntlhoi Motsamai, to reconvene the august house after it was indefinitely adjourned last month.

They also want Ms Motsamai to show cause, if any, why she should not be ordered to reconvene the National Assembly.

One of the applicants’ lawyers Advocate Monaheng Rasekoai urged the court to treat the application as an urgent matter on the basis that the closure of the National Assembly compromised democracy.

However, when the court reconvened after a lunch break on Tuesday, the judges who presided over the case said the court had to decide on whether it had powers to hear the case before dealing with the issue of urgency.

The new development resulted in the postponement of the case to 23 January 2017.

The three judges presiding over the case are Justices Semapo Peete, Lebohang Molete and Sakoane Sakoane.

Advocate Phoofolo suggested that they should be given until today (Thursday) to address the court on whether it had jurisdiction to hear the case or not.

“We need at least two days to prepare to argue the matter,” he said.

But one of the lawyers representing the respondents, Senior Counsel Guido Penzhorn, suggested the case could be argued on the third week of January because the case was not urgent.

However, opposition MPs and others who defected from the Democratic Congress (DC) to join the newly formed Alliance of Democrats (AD) are not opposing the application.

Advocate Thoahlane had argued that postponing the case to January “would mean the court has already indirectly decided that the matter is not urgent”.