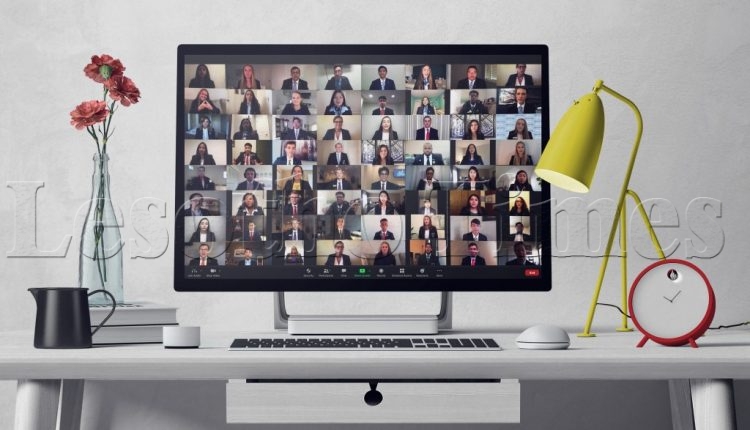 MEMBERS of the National Assembly are resisting Speaker Sephiri Motanyane’s moves to replace physical sittings of parliament with virtual sessions as part of measures to prevent the spread of the Covid-19 pandemic.

“Honourable Thato Ntsibolane (Lesotho Congress for Democracy) and I submitted a motion asking the House to overturn the Speaker’s order for remote and hybrid sittings of parliament.

“The speaker did not address key issues including how debates will be handled particularly points of order, interjections; urgent questions and urgent business. His order is also silent on how ministerial statements, questions to ministries and voting will be conducted.

“Furthermore, the Speaker has proposed that voting will be limited to the 30 MPs who are present physically in the House. This effectively renders the other 90 MPs as spectators and disenfranchises the people who voted for them.

“All we want is for a proper system be implemented,” Mr Molapo told this publication yesterday.

On Monday, Mr Motanyane announced that beginning this week, only 30 out of the 120 legislators would be allowed in parliament while the rest would have to remotely follow proceedings and contribute virtually in line with public health regulations which bar more than 30 people from congregating in a closed area.

The new arrangement was supposed to begin on Tuesday and over time, the numbers of MPs physically attending the sessions would be reduced until such time that everyone attends virtual sittings.

Announcing the move on Monday, Mr Motanyane said the decision was taken to protect MPs from the pandemic which had spread exponentially in the aftermath of the December festive season.

“I wish to make the following ruling: from Tuesday 16 February 2021, there will be no conventional sittings of the House,” Mr Motanyane said, adding, “all sittings shall be virtual hybrid representative sittings”.

“I also wish to frame the following temporary standing order in accordance with the powers vested in me by Standing Order No. 110 which states that in the event of a pandemic or other circumstances where the Speaker is of the opinion that conventional sittings cannot be held, the Speaker shall have the discretion to direct that all sittings be held virtually or  hybrid representative sittings be held depending on the prevailing circumstances.”

Mr Motanyane said the decision to go virtual was made to minimise the risk of members getting infected by the virus. He said all political parties represented in parliament were consulted ahead of the move with the majority consenting to the plan.

“Honourable members will know it is a sine qua non (necessary) that the House sits to perform its constitutional mandate. This however, does not imply that the lives of honourable members and parliamentary staff do not matter. It simply means that it is incumbent upon the Speaker as the head of the National Assembly and the Leader of the House as the Minister responsible for the welfare of the Members to strike a balance between conducting the business of the House and saving the lives of MPs and staff.

“A brief study of how parliaments in the region and abroad conduct their business in the Covid-19 period was conducted by the office of the Clerk. The study revealed that conventional sittings of the House are no more conducted.  Instead parliaments have migrated to virtual or hybrid representative sittings.

“The office of the Speaker further directed the office of the clerk to consult party whips and leaders of political parties represented in the House on their parties preferred method of conducting parliamentary sittings amid Covid- 19.  All but one recommended that conventional sittings should not be held. Major parties in the House recommended virtual sittings and others hybrid representative sittings,” Mr Motanyane said.

However, Mr Motanyane’s decision has been met with opposition from some of the MPs from different political parties who claim that it was made without consulting them.

Deputy speaker Lebohang Ramohlanka confirmed the receipt of the motion.

“Your ruling is unfair and quite strange because our work as members of this house is in here.

“You decided without giving the House an opportunity to first deliberate on the matter,” Ms Phohleli said in parliament on Monday.

Fellow AD proportional representation legislator, Kose Makoa, said such a ruling could only be made after a motion had been tabled and voted upon.

The ruling All Basotho Convention (ABC)’s Lithoteng MP, Lehlohonolo Moramotse, said he was opposed to the decision because “my constituency elected me to represent them in parliament and not to sit at home”.

Despite their opposition, most MPs stayed away from parliament this week. From Monday until yesterday when the budget speech was presented by Finance Minister Thabo Sophonea, there were hardly 30 MPs in the House.