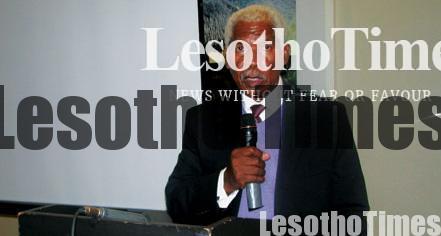 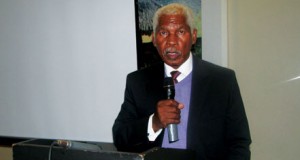 In a feel-good address on the opening of parliament after a two-month winter recess, Motanyane appealed to members of the twelve parties represented in the august House to rise above their political inclinations and gather around a common table “to decide the direction of our country”.

“We meet at the crossroads, a point of decision. Shall we expand, be inclusive in our dealings? Shall we find unity and power or suffer division and impotence?” Motanyane challenged.

“When we come to parliament, it is the cradle of our democracy, the past and the future crucible of future governance.”

According to the 75 year-old political stalwart, there was a sense of celebration in Lesotho because the country had moved from being a political battleground in pursuit of “economic common battlegrounds”.

The remaining challenge with regard to attaining this utopia, Motanyane advised, was for Basotho to learn to “together move to a higher ground” and regard parliament as the “intersection where many trails meet”.

The poetic Motanyane emphasised that Parliament had provided a crossroads where different political parties met to find common ground adding “when people come together flowers always flourish and the air is rich with the aroma of new spring”.

Currently government, the opposition, the left and right wings were facing a similar challenge of reaching this common ground, he said.

To drive his point home, Motanyane quoted words from the late Prime Minister Ntsu Mokhehle, founder of the congress political movement in Lesotho saying “we are sailing in the same ship and if it sinks we perish”.

“If we have a false sense of independence our ships will collide and crash and we will lose our passengers. Let us call upon noble instincts and navigate this vessel to safety,” he said.

“The greater good is the common good. I wish you all peaceful deliberations in your endearvour to achieve lasting peace and consolidation of democracy and good governance.”

Coalition love on the rocks: Moleleki

MPs in row over tax