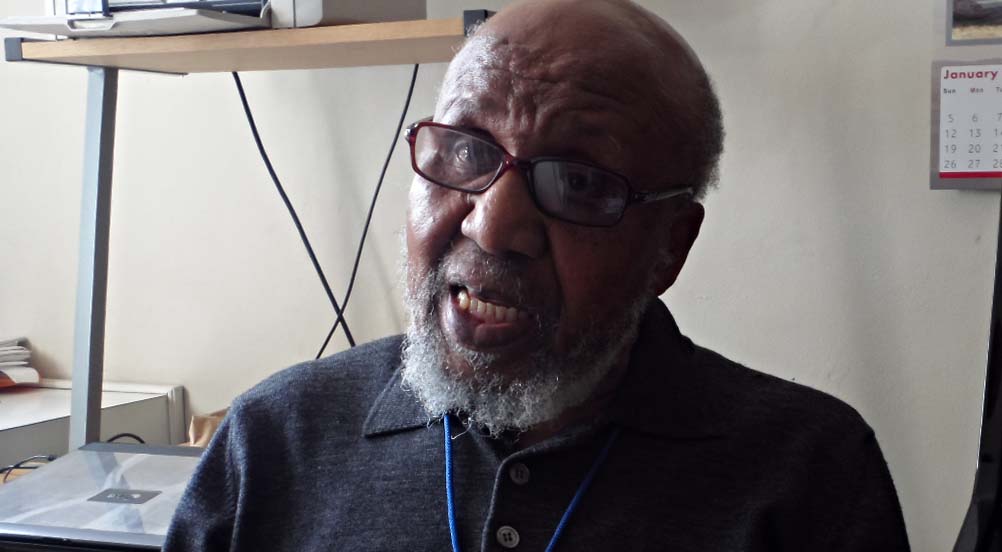 MASERU — Lengolo Monyake has come out in defence of his son — former Justice and Correctional Services minister Mophato Monyake — after allegations the Stadium Area legislator was seeking political asylum in South Africa.

In a wide-ranging interview at his Maseru home this week, Monyake told the Lesotho Times his son, who was fired from his ministerial post in February this year, was simply staying in Bloemfontein “for his safety” after allegedly receiving death threats but had not applied for political refuge in the neighbouring country.
“What is a lie is that my son has requested political asylum in South Africa; anyone with a brain would have first consulted the South African High Commission here if he needed asylum so that as he crosses the

Maseru Bridge into South Africa, his condition would already be known.
“What I can say is that Mophato is staying in a secure place in Bloemfontein, not that he has requested political asylum.
“During the course of this Eighth Parliament, he has always been going to his house in South Africa, and no one had problems with that.
“The house is by no means a protected location he was provided by the opposition, as suggested by the malicious rumours doing the rounds in the streets of Maseru. As I have said, he is staying at his own house, and is just trying to escape the death threats that have been made against him,” Monyake said.

Mophato Monyake, who is a member of the All Basotho Convention, which formed a coalition government alongside the Lesotho Congress for Democracy and Basotho National Party after the 2012 general election, allegedly received the death threats soon after joining a grand alliance in parliament, which planned to pass a no-confidence vote on the government.

Another ABC member of parliament (MP), Thabiso Litšiba of the Koro-Koro Constituency, was also disclosed as a member of the grouping named the Parliamentary Working Alliance of Parties and Individual Members of Parliament.

Since the announcement of Monyake and Litšiba’s alleged support of the motion, the two MPs are said to have gone into hiding in South Africa, after being threatened by unknown persons for the move.
“What we know, as a family, is what our son has told us; he told us that he has been threatened with death, and that he has reported the threats to the police.
“I even accompanied him to Police Headquarters where he said he was going to get feedback regarding the report he had made just before parliament was adjourned indefinitely on April 1.”

However, Monyake refused to say what the police had said to his son, for fear of “jeopardising investigations”.
“What I can say is when someone knows the people who are making threats against his life, he is surely forewarned.”

Monyake further said claims that no such threats had been made against his son were “misguided”.
“My son took the initiative to talk about other people he knew had also been threatened but for some reason, those people denied ever being threatened.
“But simply because these people distanced themselves from the threats does not mean my son was never threatened.”

Monyake also expressed concern that Lesotho politics appeared to be taking “a new turn that is shocking if people can receive death threats when they exercise their powers”.
“People who took threats against their lives lightly in the past, paid dearly for downplaying such threats.
“That is why my son had to do something after his life was threatened.”
However, police spokesperson Senior Inspector Lebona Mohloboli last night said the police were not aware of any death threats made against Monyake.

Why we fled Lesotho