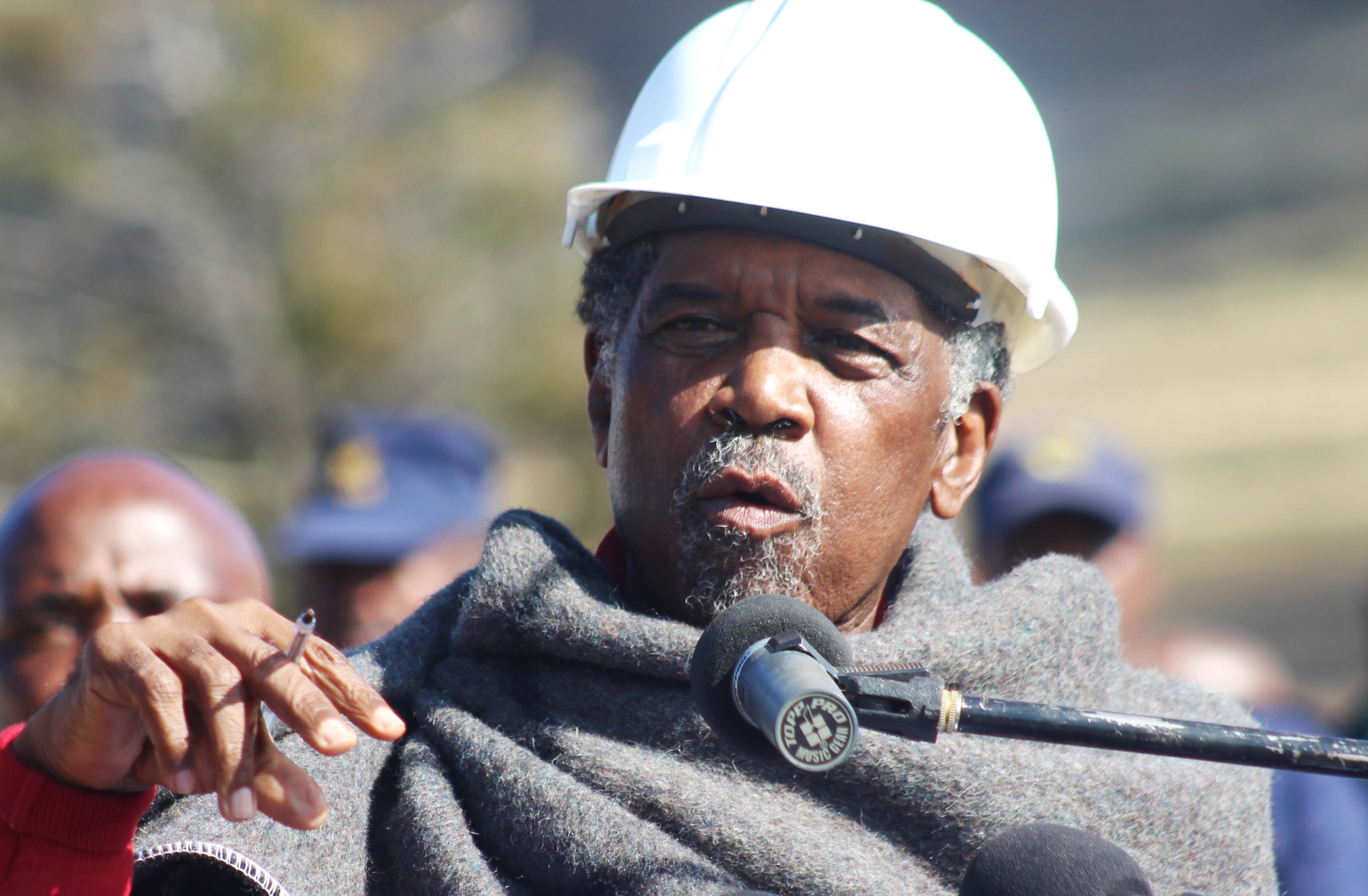 Social media has been awash with the alleged plot and in a secretly recorded audio, Lesotho Congress for Democracy (LCD) spokesperson, Teboho Sekata, also alleges Mr Moleleki held several meetings with Dr Thabane in Durban to discuss the deal.

Mr Moleleki had refrained from commenting on the issue as well as claims by DC insiders that he was leading a faction pushing for Dr Mosisili’s ouster as party leader before his term expires in 2018.

But addressing a DC rally of about 1000 supporters held in Ha Ntsi in Machache constituency on Sunday, Mr Moleleki ended his silence over the issue and condemned the allegations as “lies”, insisting he respected Dr Mosisili as both party leader and Prime Minister. Mr Moleleki said he never met Dr Thabane over an alliance, adding it was impossible for him to work with the ABC leader “because he hates me”.

“Ntate Mosisili is the leader of the DC; he is still the only leader of this party. I appeal to you, Machache youths, to remain united and never let this confusion divide you.

“What you have heard on local radios is not true; the people speculating such lies just want to see this party in tatters,” Mr Moleleki said.

“You all know that I was persecuted by a person who was campaigning at this very ground claiming that I stole government money and brought it to Machache to buy votes.

“I have been called a thief by people wearing yellow tee-shirts and who are led by that person who was campaigning at this very ground using my name, and claiming that I stole diamonds. That person even claimed that I stored the diamonds in my afro hair, so how can I form an alliance with such a person?”

Pressed by the Lesotho Times if he meant he never tried to form an alliance with Dr Thabane since ABC members wear predominantly yellow regalia which he had constantly referred to in his speech, Mr Moleleki said: “That’s correct; I never met with Ntate Thabane as alleged through various media platforms.

“For the record, I never met Ntate Thabane in South Africa as alleged and never entered into an agreement with him to form a government. We used to get along with Ntate Thabane when we were both in the LCD but now he hates me which makes it impossible for us to work together.”

On the other hand, Mr Moleleki also urged Machache residents not to be divided by “colonial remnants”.

He claimed a local non-governmental organization by the name Denmark Lesotho Network has been asking Basotho questions he said were unacceptable.

The questions, he added, included whether Lesotho should have an army, if the army needs intensive training and how cabinet must be appointed.

He also said it was disrespectful for the organisation to hold public gatherings in Machache constituency, which he represents in parliament, without informing him first and on time.

“Denmark Lesotho Network uses colonial remnants to divide Basotho. I want civil society and nongovernmental organizations to work with the government in a respectful manner and in unison,” Mr Moleleki said.

“But officials from this organisation only phoned me on a Friday to invite me to a gathering to be held on Sunday. There was no formal written invitation, nothing. I think such organisations must not let the Danish decide for them how to treat dignitaries.

The Lesotho Times, however, established from the questionnaire given to Machache residents that the nongovernmental organisation that held a public gathering in the area was Development for Peace Education (DPE).

But DPE Peace Education Researcher ‘Mabataung Secker said she invited Mr Moleleki a week before the gathering and not two days before the event as the minister was alleging.

“I called Ntate Moleleki’s office and asked for the procedure to be followed when our organisation wants to invite the minister to the gathering. The lady who answered the phone assisted me but when I called to make a follow up, I learnt that Mr Moleleki still didn’t know about our invite and we went to his office to submit our invitation yet again. I want to assume the delay in informing him about the visit was caused by his office and not the DPE,” Ms Secker said.

On his part, DPE Country Coordinator, Sofonea Shale, said he did not want to respond to Mr Moleleki’s claims that NGOs were remnants of colonialists.

“I don’t want to answer to Ntate Moleleki’s claims because he is an elder by age and position. The only thing I can say is DPE has been running campaigns aimed at enabling ordinary citizens to voice their views regarding reform processes.

“We have been to more than 70 constituencies and again, DPE introduced that campaign to the government even before it started. What Ntate Moleleki is saying doesn’t match his position and that is all I can say,” Mr Shale said.

Moleleki lashes out at Denmark