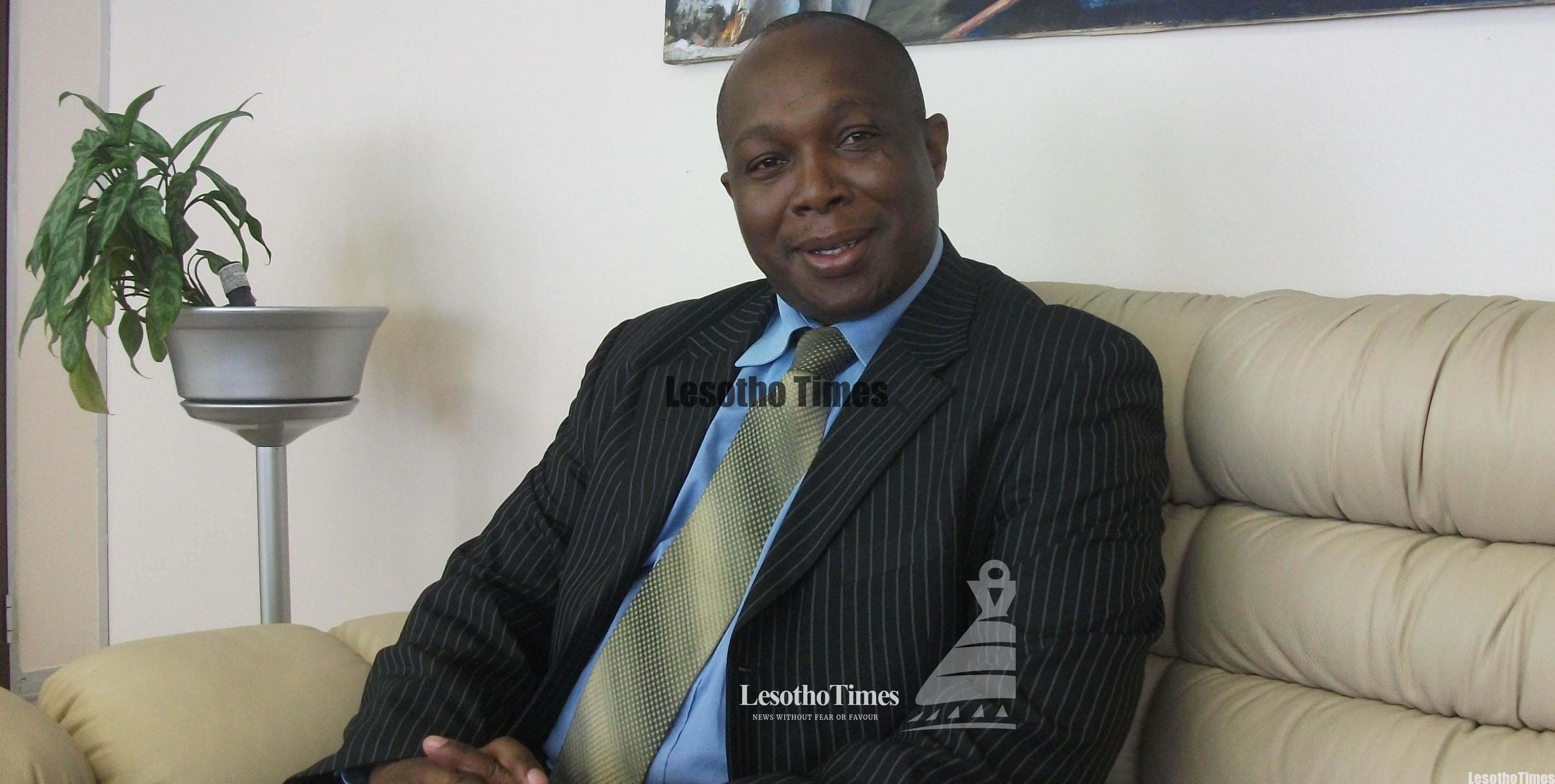 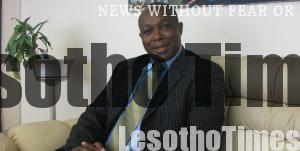 MASERU — One thing that has always fascinated him the most was Lesotho’s many phenomenal tourist attractions.

From the snowing and undulating highlands, which proudly shows off their wondrous and profund gorges, to the mystic Thaba Chitja Island at Mohale Dam and the serene Molimo Nthuse Lodge hidden among the tranquil waters of Thaba-Putsoa in the outskirts of Maseru, Thato Mohasoa has on numerous occasions ridiculed criticism that Lesotho tourism has very little to offer the world.

That is why his appointment as the Principal Secretary for the Ministry of Tourism, Environment and Culture, in January this year, came as a golden opportunity to demonstrate that the sector was like a sleeping giant awaiting the right techniques to ignite it.

“I strongly believe Lesotho has distinctive tourism products that can enthrall the world. We are blessed with a breathtaking natural terrain. The freshness of our crispy air, the frozen waterfalls in winter, vast dams for water tourism, beautiful rural settings and our way of life is an unmatched package,” Mahaosao said in an interview on Tuesday this week.

He said the secret to successful tourism was staying on top of the game by incorporating new trends that sometimes go un-tapped in Lesotho.

Mohasoa emphasised the way to go was proper management of the country’s fragile natural resources, partnering with the private sector to allow further development of products and their management, making attractions accessible and making available other critical services like water, roads, communication technology networks and electricity.

He further explained that, increasing investment in vigorous and strategic marketing, partnering with big tourism brands in the region and taking an integrated approach towards the sector’s management would, among others, help stimulate the sector.

“Tourism is a delicate sector that can easily slip into a coma if we do not plan collectively with various other players within and outside the industry. This means, we have to opt for an integrated management approach of our environment. Our environment forms the foundations on which other developments we envisage can be applied.”

He further explained that, because tourists are becoming more sophisticated, there is need to repackage new services, including communication products.

“Information technology is the in-thing at the moment and we expect it to grip people for a long time. We should therefore start to develop our communications networks, to have Wi-Fi for example, in all sought-after destinations.”

He said while Lesotho’s mountains are beautiful, a lot of other developments were needed to amplify what can be showcased around the mountains as a way to heighten the excitement.

“One thing that eats me is the fact that although we are a mountainous country, we do not have even one cable car to make some mountainous areas accessible and be able to stimulate businesses and also create employment in such places,” he said.

He said a shift in the tourism sector demanded the forging of partnerships with various stakeholders, both within the government and in the private sector.

“We are in this together and all hands should be on deck in building Lesotho as a complete tourism product,” he said, adding, partnering with big tourism brands in the region can also improve Lesotho’s visibility and increase the flow of tourists.

Mohasoa said his ministry recently signed a Memorandum of Understanding with Seychelles, a marriage that would see the two countries exploring areas of cooperation.

“Seychelles is one of the success stories in tourism and there is a lot we can share with them.”

He said since he joined the ministry, he has seen that, for many years, the tourism development scale was tilted the wrong way.

Mohasoa said this was because the government had continued to play the leading role of driving the sector.

“This approach stifled tourism growth because the sector should be driven by the private sector while the government plays a supporting role. We are fast shifting the paradigm.”

However, he said the response to pushing for the private sector to take a leading role was met with a a subdued appetite by the local entrepreneurs .

“We realised this was due to lack of the financial muscle to invest in the management of establishments previously run by government and also other areas of investment.”

He explained that while there are local investors interested in operating some tourism establishments, major tourism investments do not make an immediate boon.

“This discourages small investors who feel that such investments might have greater risk.”

He said his ministry was encouraging investors to pool their resources together and form conglomerates and facilitate huge investments. “We have seen that running tourism businesses individually is also expensive in most African countries. We have drawn some lessons from countries like Botswana, Swaziland, South Africa, Rwanda, Zambia, Seychelles and Zimbabwe. These have tourism companies run by a group of companies or conglomerates.”

He said owing to many years of subdued interest by the private sector, the government had to inject over M250 million to enable the development of big projects such as the Great Thaba Bosiu Cultural Village, Bokong nature reserve in Botha Bothe, Sehlabathebe National Park, which is also a World Heritage site in Qacha’s Nek, Tsehlanyane Lodge in Botha Bothe, Ha Lejone Camp and Thaba Chitja Island in Mohale, among other facilities.

“However, business has not been good because as we speak, some facilities have become white elephants.”

He explained the need to come up with win-win agreements with private operators to ensure viability of the tourism establishments, and for jobs to be created within these localities.

So far, he said, the government has finalised an agreement with a private operator to manage Sehlabathebe National Park.

“Negotiations are also at advanced stages with a potential operator for the Thaba Bosiu Cultural village while we are also working at reviewing the contract of the management of Ha Lejone Camp.”

He said other negotiations underway include the signing of the Afri-Ski sub-lease agreement, Thaba Chitja and reviving operations at Molimo Nthuse Lodge.

“As the government, we would like to focus on our core mandate, which is coming up with sound and sustainable development policies. We would like to concentrate on leveling the playfield for all players and also continue identifying prime sites for further tourism investments to be issued on competitive basis.”

He said there was renewed political will to grow the tourism sector and transforming it into becoming the engine of economic development.

So far, he said, a number of projects, which include co-operations between government and development partners, were finalised.

These include, he said, the hospitality star grading system, which was born out of a partnership between the government and the World Bank through the Private Sector Competitiveness Project (PSCP).

“Although the World Bank project ended in June, we remain passionate about improving the status of our accommodation facilities. The project has enabled us to put in place the new Regional Tourism Organisation of Southern Africa (RETOSA) stipulated grading system, making Lesotho the first country to implement the Southern Africa harmonised system.”

In part, the aims of RETOSA are to increase tourist arrivals to the region through sustainable development initiatives, improved regional competitiveness and effective destination marketing.

However, Mohasoa said the new grading system would go a long way to improve standards, promote responsible tourism and ensure accessibility to all people including those with disability.

Star grading, he said, would soon become a mandatory requirement for all accommodation facilities.

He further explained the government had also shown commitment to develop the sector through its position towards financing various development facets of the sector, which included skills development and supporting tourism based associations such as the new tour operators association.

He said on the other hand, the government was working at ensuring that the Lesotho Tourism Development Corporation (LTDC) was well-resourced to undertake its mandate to lure investors and market the country.

Mohasoa said his ministry was keen to see the corporation’s structures well-formulated to enable sustainable operations.

“Because we are gearing for robust and well-financed marketing line of attack, we are working at ensuring the corporation is also well-structured. We have stabilised issues around governance at the LTDC, and have already appointed a new Chief Executive Officer Mpaiphele Maqutu. I have confidence in him to carry out the mandate of ensuring the sector becomes competitive. I also recently had a meeting with him and discussed the urgency with which we are supposed to move to turnaround the sector and I am happy to see that he has hit the ground running,” he said.

He said for years, the corporation has been weakened by inadequate funding to effectively carry out its mandate.

“The corporation’s annual budget is about M14 million and the larger component goes towards operational costs and not directly into marketing. Now, compared to Swaziland, M14 million does marketing alone and they do manage to spread their wings to faraway places and enjoy immense benefits. There is a lot we can also do to widen our net especially because of our location.”

Mohasoa said although some stakeholders claim the location of Lesotho within South Africa, which has a giant tourism sector, has negatively affected the performance of the local sector, it was high time the country also realised advantages at its disposal.

“What really is important for us is to set our house in order, develop and repackage our products and run the sector competitively. We should continue to fortify partnerships with the South African tourism authority but at the same time, be confident  in ourselves and view ourselves as equal partners who say:  small is more beautiful.”

He said with good service delivery across all sections that support tourism, the country can start to see tourists staying more days and spending more money in Lesotho.

“The whole idea is to also stimulate our manufacturing sector, so that what we sell to tourists, be it food, crafts or clothes, is not only locally produced, but is of excellent quality. That way, we would have managed to understand the interconnectedness that comes with having a viable tourism sector.”

He said the national marketing drive should also build on countries where more tourists are from. Lesotho gets a significant number of tourists from countries like Germany, Britain, France, Ireland and South Africa.

“We need marketing strategies that reach out to those countries to attract more visitors and increase arrivals. At the same time, we should also target tourists who are not visiting, mainly due to lack of information.”

He said while attracting foreign tourists was important, it was unbusiness-like to neglect the domestic market.

“The drive should start by involving communities in tourism development initiatives, employing local communities and encouraging them to start tourism-orientated projects.”

He further explained that unless communities took ownership of their natural resources and also enjoyed the benefits of the sector, it would be difficult to have their buy-in.