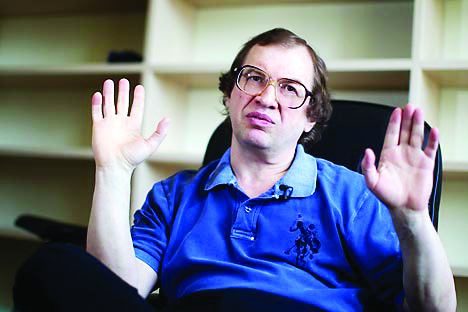 The SA Reserve Bank, which is mandated to investigate these schemes and order the repayment of investors’ money if breaches of the Banks Act are found, would struggle to conduct an inspection and prove that the scheme was carrying on the business of a bank through accepting monetary deposits from the public without registering as a bank.

“It does not fall within the ambit of the Bank,” Reserve Bank spokesman Candice Jeffreys said on Wednesday. It had referred the matter to the National Consumer Commission (NCC) last year.

Administrators of the scheme, spearheaded by convicted Russian fraudster Sergey Mavrodi, said in a Facebook post at the weekend that it would be closed down after it failed to pay out promised returns of 100 percent a month.

“We can easily pay 30 percent per month, and we proved it in practice in many countries, but 100 percent is too much even for us,” they said.

They promised to transfer participants’ bitcoin-linked Mavro — the scheme’s currency of choice — to each of the MMM structures in 11 countries, but Mavrodi has since reportedly gone to ground. Bitcoin is a digital currency that is created and held electronically.

The scheme has attracted the attention of the local police.

Hawks spokesman Hangwani Mulaudzi said the investigation was still in its early stages and was ongoing. The Hawks sought assistance with the case from the South African Banking Risk Information Centre (Sabric) and the Financial Intelligence Centre.

Mr Mulaudzi said the case was challenging because everything was conducted on the internet, making it impossible to tell how many people fell victim to the scheme.

“We don’t know how many people are affected by the scheme because it was all done through the internet,” he said. “People are not coming forward so that we are able to deal with this matter.”

The Hawks were working off documents sent to them by the NCC, which looked into the scheme as far back as last year.

NCC spokesman Trevor Hattingh said no members of the public reported MMM’s activities to the organisation.

“In August 2015 the NCC was informed by the South African Reserve Bank and the Financial Services Board about suspicious banking activities that are similar to what would ordinarily be found in pyramid schemes,” he said. “The NCC started to engage the South African Police Service on the matter in September 2015.”

Mr Mulaudzi said the police were still to press charges as they were still conducting an inquiry.

“They (the NCC) just gave us the documents, and so we are working on the documents that we have received,” he said.

Mr Mulaudzi said the Hawks had not found the person responsible for setting up the scheme in SA, “although there is a particular person that has been pointed (out), but we have to make sure we connect that person to (the) scheme”. – BDLive