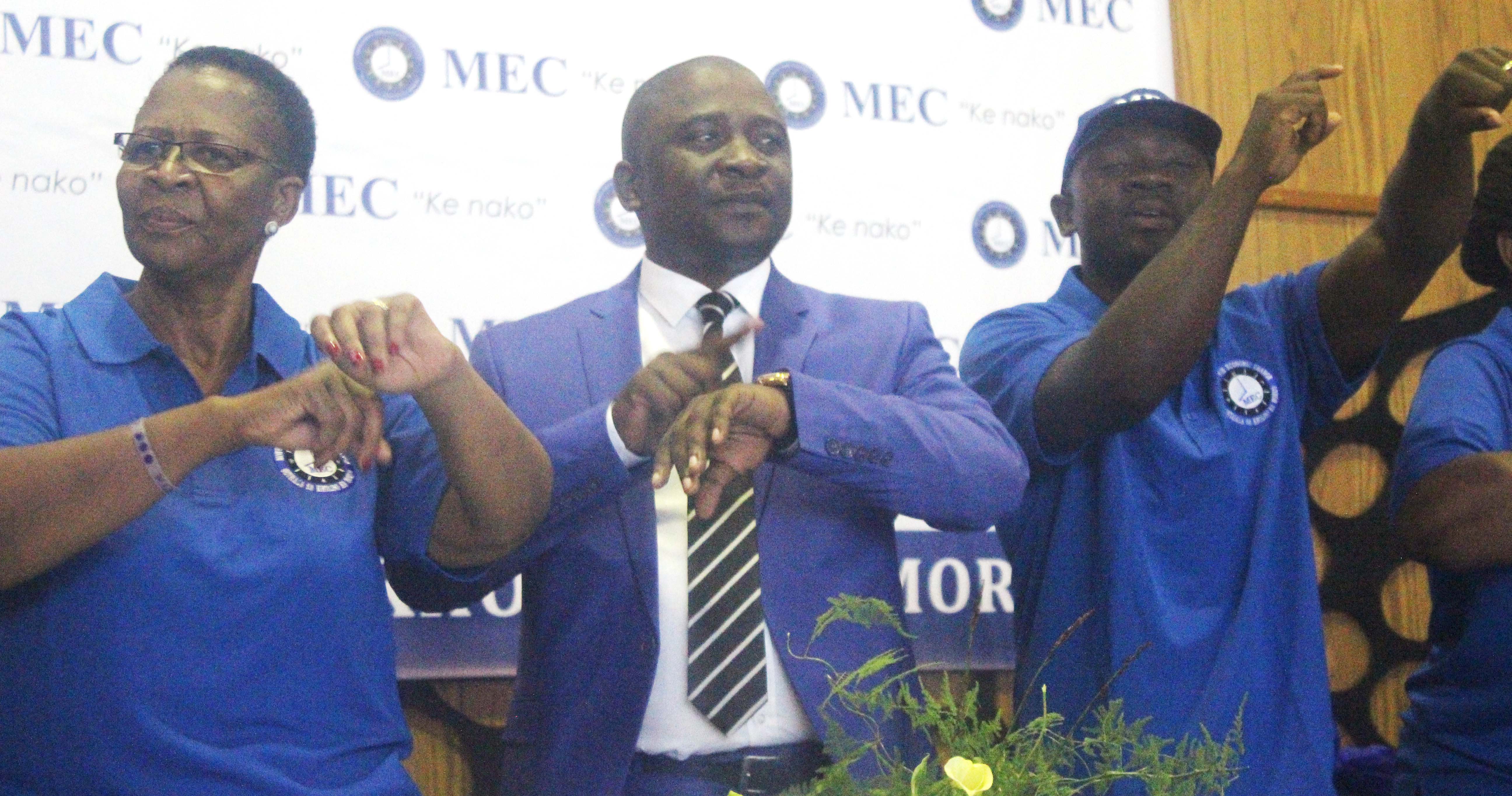 SMALL Business Development Minister ’Mantoetsi Mohatonyane and three other former Lesotho Congress for Democracy (LCD) legislators have finally ended speculation on their political allegiances by making their switch to the Movement for Economic Change (MEC) official.

The four, who also include Tšoanelo Ramakeoane, ’Mafako Molefe and ’Manthota Lebusa, officially defected to the MEC during a rally held over the past weekend in Mohale’s Hoek.

Ms Mohatonyane, who was previously called Liteboho Kompi, replaced MEC leader Selibe Mochoboroane as Small Business Development minister in February this year after the latter was fired by Prime Minister Pakalitha Mosisili for leaving the LCD.

Ms Mohatonyane was appointed to the post after serving as deputy minister in the Ministry of Health.

The LCD is part of a seven party governing coalition whose tenure was cut short by a parliamentary no-confidence motion sponsored by a four-party opposition bloc.

King Letsie III has since dissolved parliament and declared 3 June 2017 as election day.

Prior to leaving the LCD, Mr Mochoboroane had been suspended by party leader and Deputy Prime Minister Mothetjoa Metsing for mobilising support for the MEC while still being part of the governing coalition party.

And since launching the MEC, Mr Mochoboroane routinely referred to himself as “me and my 4+1” as a hint that four people still in the LCD were aligned to his party.

Mr Mochoboroane let the cat out of the bag during the rally in which he presented the former LCD stalwarts. He said the quartet could not join the MEC earlier since they were proportional representation legislators and liable to being fired by the LCD.

Ms Mohatonyane and Mr Mochoboroane were regarded as allies in the LCD and accused of trying to topple Mr Metsing last year. She was also accused of angling to take over the reins in the LCD’s women’s league.

Meanwhile, the Lesotho Times has also learnt that Ms Mohatonyane opted out of contesting in the upcoming snap elections for “family reasons” and seconded her private secretary Rasekolane Monyane who was also an LCD secretary in the Qaqatu constituency.

LCD spokesperson Teboho Sekata refused to comment on the defections yesterday, saying he was yet to confirm if Ms Mohatonyane had indeed left the party.