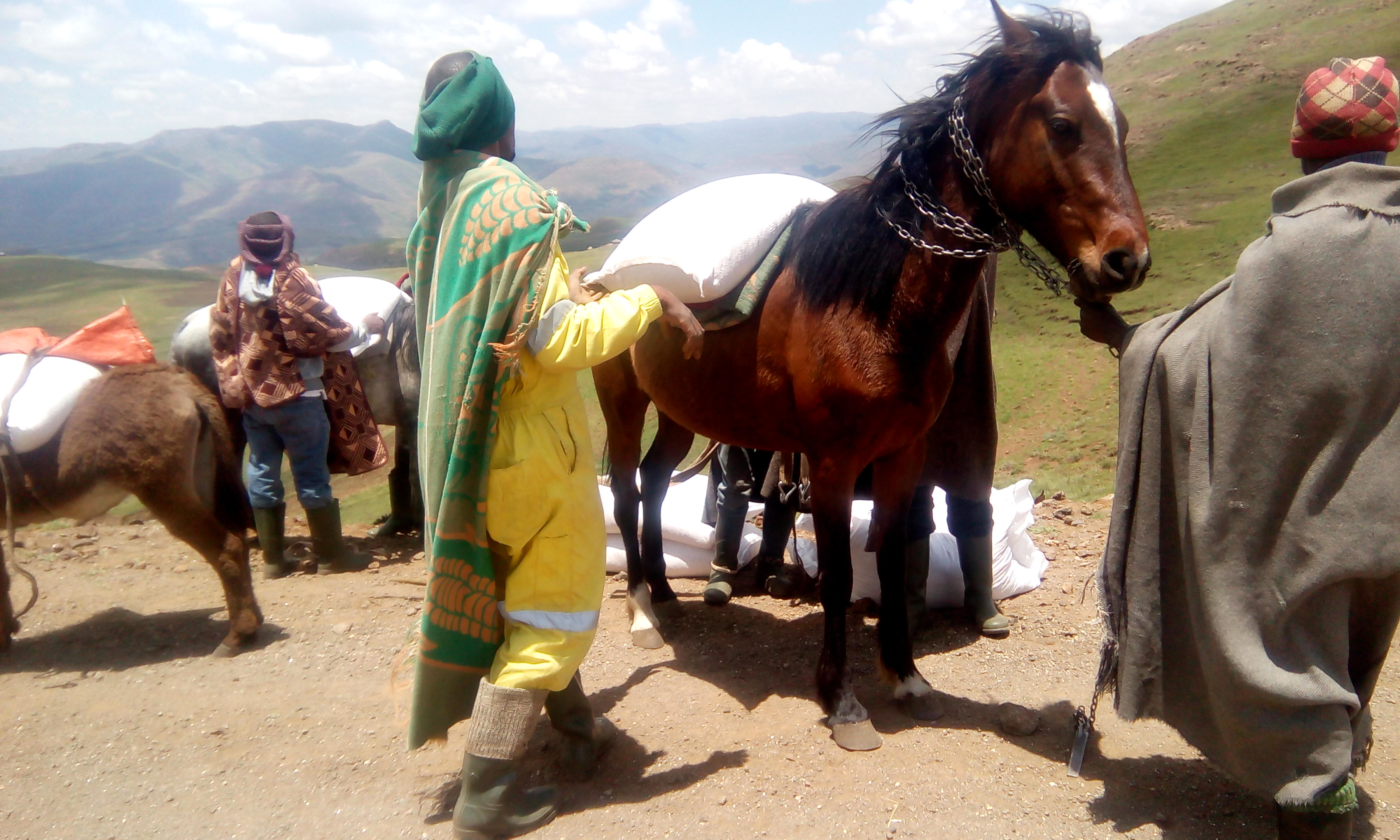 VILLAGERS reeling from the effects of the El Nino-induced drought in Mantšonyane, Thaba Tseka district received some welcome relief after Matekane Group of Companies (MGC) donated 4 400 bags of maize.

The 50kg bags of maize were on Tuesday handed over to vulnerable members of the community such as orphans, the physically-challenged and the elderly from 11 villages.

According to Ntsokoane village Area Chief Liphapang Matekane the gesture was the second donation by his younger brother, MGC founder and Chief Executive Officer Sam Matekane, to assist people in his hometown of Mantšonyane.

Chief Matekane said his brother initiated the donations in 2014 to alleviate the plight of villagers with poor harvests due to drought conditions.

As an area chief for one of the villages from the area, Chief Matekane oversaw the project by requesting chiefs from the selected villages to submit names of vulnerable families needing food aid.

“The whole area of Mantšonyane suffered a severe drought in 2014 and most people were not able to plough, let alone harvest from their fields. Our animals too were dying at a very high rate as they had nothing to eat nor water to drink,” said Chief Matekane.

“My younger brother realised that the people were paralyzed by hunger. So he asked me to gather other area chiefs and ask them to submit the names of families which were most vulnerable to hunger so he could donate maize bags to them.”

He said this year they increased the number of villages benefiting from the donation from six to nine.

“The Lord blessed him (Mr Matekane) more this year and he was able to donate to more vulnerable families. I believe He will bless him more so he can reach out to more families,” said Chief Matekane.

A community councilor from Ha Toka village which also benefited from the donation, Nthene Nkena, told the Lesotho Times on the sidelines of the handover ceremony the food aid was very handy.

“There are so many people who sleep on empty stomachs while others have resorted to eating herbs to survive,” he said.

“Because of the drought, we were unable to plough our fields and it is only last season that we started receiving rain and started to cultivate. However, we have not yet reached the harvest season.

“This donation will certainly go a long way in assisting the vulnerable communities and we thank Ntate Matekane for his generosity.”

Call to step up GBV fight