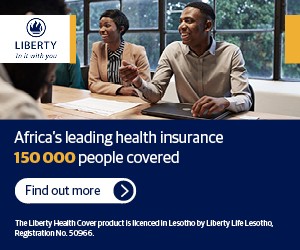 No Result
View All Result

IN just under a week on 24 May, former Deputy Prime Minister Mothetjoa Metsing and Development Planning Minister, Selibe Mochoboroane, will join former army commander, Tlali Kamoli and others in the dock for their long-awaited treason and murder trial.

Messrs Metsing and Mochoboroane were initially expected to be in court on Monday after the 14 May 2021 Court of Appeal judgement dismissing their appeal to stop the prosecution from joining them to the trial.

However, they could not be joined on Monday because the prosecution and their lawyer, Advocate Motiea Teele, had not yet been furnished with the Court of Appeal verdict.

The lead prosecutor in the trial, South African Advocate Shaun Abrahams, then successfully petitioned Zimbabwean Judge Charles Hungwe to postpone the trial to 24 May, saying that they would be ready to proceed on that day. Adv Abrahams said they expect that they will be furnished with copies of the Court of Appeal judgement this week to enable them to prepare for the trial next week.

“The fifth and sixth accused (Metsing and Mochoboroane respectively) are not before the court,” Adv Abrahams told Justice Hungwe. The Zimbabwean judge was standing in for the trial Judge Justice Onkemetse Tshosa who was said to holed up in his native Botswana where he was attending to personal issues.

“We had postponed to today in order to join them to the trial after the Court of Appeal dismissed their applications. However, the copy of the judgement is not yet available. We have been promised by the Court of Appeal registrar that we will get it this week. We therefore ask the matter to be postponed to 24 May 2021 when we will have the judgment,” Adv Abrahams said.

Justice Hungwe then postponed the matter to next Monday.

In the first appeal, they had challenged the Constitutional Court’s November 2018 judgement outlawing clause 10 of the October 2018 SADC-brokered government-opposition agreement which sought to shield them and other politicians from prosecution until after the implementation of the multi-sector reforms.

They had also challenged DPP Motinyane’s decision to join them to the treason and murder trial, arguing they could not be tried in the High Court without first being remanded in the magistrates’ court as demanded by the Criminal Procedure and Evidence Act.

They initially filed a High Court application challenging the decision to join them to the trial in February 2021. But Chief Justice Sakoane Sakoane declined to make a ruling and referred the matter back to the trial judge, Botswana’s Justice Onkemetse Tshosa. Justice Sakoane had ruled that only Justice Tshosa had the jurisdiction to determine Messrs Metsing and Mochoboroane’s application. Unhappy with the decision, the duo appealed to the apex court leading to the dismissal of their consolidated appeal on Friday.

Reading out the verdict, Justice Mosito said they resolved to dismiss Messrs Metsing and Mochoboroane’s appeal on the grounds that the duo had merely brought before them a case which was “based on issues that had been decided before by the courts”.

Justice Mosito said by bringing cases based on issues that had already been decided, litigants like Messrs Metsing and Mochoboroane only further strained the country’s courts which were already under “severe pressure due to congested court rolls”.

He said the full written judgement would be issued in due course.

The dismissal of their appeal paved the way for the duo to be tried for treason and murder alongside Lt-Gen Kamoli and others.

The treason charges are in connection with the 30 August 2014 attempted coup against the first government of former Prime Minister Thomas Thabane.

Mr Metsing, who leads the opposition Lesotho Congress for Democracy (LCD), was deputy prime minister at the time of the attempted coup while Movement for Economic Change (MEC) leader and current Development Planning Minister Mochoboroane was Communications Minister and LCD secretary general.

Lt-Gen Kamoli had been fired by Mr Thabane from his post as army commander on 29 August 2014 before orchestrating the attempted coup allegedly with the support of Messrs Metsing, Mochoboroane, Captain Nyakane and Lance Corporals Ntsane and Motsieloa. Messrs Thabane and Metsing had fallen out with the latter alleging he was not being consulted on key decisions.

The murder case is in connection with the murder of Police Sub-Inspector Mokheseng Ramahloko which occurred during the attempted coup night when soldiers under the command of Lt-Gen Kamoli raided police stations to disarm police officials said to have been loyal to Mr Thabane.

In another development, Justice Hungwe also postponed to 31 May 2021, the trial of 10 soldiers accused of murdering three civilians in 2017. The postponement was due to the no-availability of Justice Tshosa, the presiding judge in the trial.

Bereng Mpaki THE Media Institute of Southern Africa (MISA) Lesotho says press freedom in the country is under threat. This...

move aimed at facilitating revision of some of the contentious clauses   Bereng Mpaki THE government has suspended the implementation...

1.6k
No Result
View All Result

Are you sure want to cancel subscription?