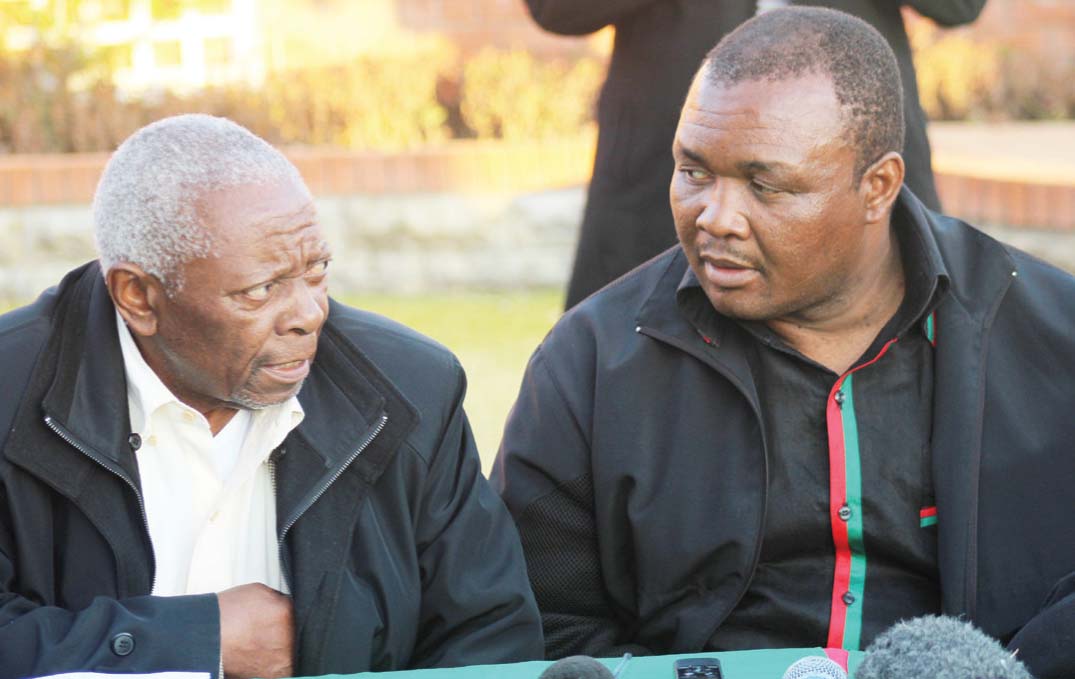 LESOTHO Congress for Democracy (LCD) leader, Deputy Prime Minister Mothetjoa Metsing, has urged architects of the Reformed Congress of Lesotho (RCL) to reconsider their decision to break away from the co-ruling party.

Mr Metsing told last weekend’s LCD Youth League Elective Conference held in Maseru that the RCL was being led by two disgruntled Members of Parliament (MPs) and had already been registered with the Law Office. Although he did not mention the RCL leaders by name, the Lesotho Times was told by delegates attending the conference that one of the MPs in question is Labour and Employment Minister, Keketso Rantšo, who was suspended as party secretary-general early this year and faces a disciplinary hearing for alleged insubordination.

Three months before the May 2012 general election, several MPs broke away from the LCD, among them party leader Pakalitha Mosisili, to form the Democratic Congress (DC), and there are fears a similar split could happen ahead of the February 2015 poll.

“There are allegations that some of our members who are facing disciplinary hearings for contravening the LCD constitution have gone all out to persuade our members to join their newly-formed party. We have been told that this new party has been nicknamed after those water-containers that we locally refer to as sekupu, faki, tuntoana, turuturu or bolekana,” Mr Metsing said.

“We have since investigated this case and realised that the party has already been registered at the Law Office under the name Reformed Congress of Lesotho.

“We have also found out that the leaders of this party are LCD Proportional Representation (PR) MPs. Again, we have been told that these MPs are afraid to reveal their status before parliament dissolves next month because they entered the legislature through PR.”

However, Mr Metsing said the “real reason” why the RCL had not been officially unveiled was because its leadership lacked confidence and was not sure if it had enough support to win any constituency when Lesotho goes for snap elections in February 2015.

“These people have continued to conceal their identities because they don’t have the confidence to stand on their own; they know forming a political party is a huge challenge, which is why they are still hiding behind the LCD,” he said.

“For instance, we have learned that the RCL leaders have a rally in Maputsoe this weekend, which they are holding under the LCD banner, yet its real purpose is to drum up support in preparation for next year’s election.

“However, I wish they could abandon their plan to form the RCL and return to the LCD because it’s not too late to do so, but if they persist with their new party, I wish them all the best. Maybe their decision to leave would bring us peace and unity, although I still hope they return to the party the same way those who quit the LCD in the past ended up coming back home.”

Contacted for comment this week, Ms Rantšo confirmed she held a rally in Maputsoe on Sunday, “but not to promote any other party but the LCD of which I am a very loyal and proud member”.

Ms Rantšo further said she knew nothing about the RCL, and was not even prepared to discuss the issue.

“Those making such statements don’t know anything about me and how loyal I am to the LCD,” said Ms Rantšo.

According to Ms Rantšo, she was committed to the LCD and serving the coalition government led by Prime Minister Thomas Thabane.

The LCD, Dr Thabane’s All Basotho Convention (ABC) and Basotho National Party (BNP) led by Thesele ‘Maseribane formed a coalition government after the 26 May 2012 election had resulted in a hung parliament.

However, the alliance has since fallen apart after Mr Metsing accused Dr Thabane of not working according to the consultative spirit of the government when making key decisions. The fallout prompted an early election following mediation by the Southern African Development Community.