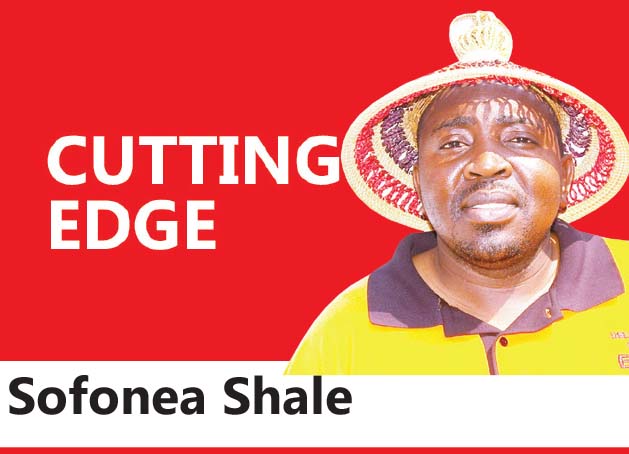 THE attack and the takeover of some key police installations by the Lesotho Defence Force has not only been received differently but also complicated consensus on the definition of the political situation in Lesotho.

Given the nature of the operation and, of-course, the heavy label by the international media that there has been either an attempted or actual coup in Lesotho, scholars, media practitioners and the electorate are also failing to agree whether there was a coup or not.

While this may be an important issue, particularly since the change of command in the military has not been consummated in any real sense than the legal declaration, what this article would like to look at is how the mediation can help Lesotho move an inch from a position where two respected, well-trained, regionally-acclaimed sons of the land claim leadership over a single defence force.
The different manifestations of political discontent as witnessed by the standoff between the military and the police, disagreement over prorogation of Parliament, a fallout among members of the coalition government parties, the Windhoek accord, Victoria Falls SADC Summit outcomes, the military operation of 30 August, Pretoria talks and the advice of the leaders of the coalition government gave to the King to lift prorogation, have not yet levelled the ground enough for the trio to function properly in a coalition set-up as a collective.

The security situation, where the issue of the army commandership is understood differently by the leaders in the same coalition, needs attention wider than the legal framework alone. While this may be seen as a distinct military situation, it cannot realistically be divorced from the wider political context in which Lesotho finds itself.

The military situation affects the political situation while at the same time, it informs the political situation. It is this mutual constitution that leaders are challenged to rise above the ordinary to the level where they can lead the nation out of the situation. The circumstances surrounding the 30 August military operations would have to be explained within the dialogue setting that allows all parties to engage and heal, in the process.

What must be admitted to is that the coalition trio has reached a point where it can no longer deliver itself out of the conflict.
Understandably, they have agreed to the facilitated talks by the SADC Troika Chair, South African President Jacob Zuma and a facilitator will soon be appointed. Though facilitation or mediation is the most helpful way of helping the parties deal with the challenges, it will mainly depend on the effectiveness of the mediator. The effectiveness of the mediator or facilitator depends on a set of qualities, at times referred to as an anatomy of the mediator.

In an environment that the mediator is non-partisan, acceptable to the parties which is very critical, knowledgeable of the situation or conflict in question, is not interested in the matter to the extent that may benefit or lose if the outcome yields in either way and that he or she commands respect and authority without necessarily being punitive, leaders may be able to go deeper and address the needs that underlie the positions they are taking. The political parties sponsoring the leaders should not be forgotten nor should the opposition be neglected in the search for a settlement.
The advantage to the mediation brokered externally is that it has political clout that the internal mediation process may suffer from. However, external mediation, the world over, has a tendency to concentrate on the macro to the detriment of micro level issues. This explains why the combination of external and internal mediation processes is always better.

The mediator or facilitator in the Lesotho situation would be successful in helping the leaders if he/she recognises that conflict among the coalition leaders on the one hand and the intricacies of operationalising coalition governance better handled both distinctly and yet holistically.

The inadequacy of the constitutional and institutional capacity to handle coalition governance challenges, and conflicts should be used to give context to the leaders’ fallout.
The military situation may need a special, yet integrated approach. It would be a wise move for the mediator to assist the coalition trio and the military to remove the military issue from the public domain so that it is treated with the caution and specificity it might need.

While this may be an extended component of the political fray, it would be wise to understand that one, between the military and the political situation, could have taken advantage of the other.

However, what would be an issue of immediate consideration lest the conflict escalates, is to find a quick response to the command of the army. It is true that this would be part of the bigger negotiation, but something in the interim, should give some certainty of where the command lies both legally and practically. For as long as the army command is one in legal terms and different in real terms that complicates matters.

If the changes in command are done in the gazette which the law stipulates and there is a strong conviction that such is not properly done, can it be challenged through the courts so that at least in the interim pending the final decision, there is a single command legally and practically speaking? Clearly, this situation would lead this country in the wrong direction. Can our leaders engage and avoid the worst-case scenario?