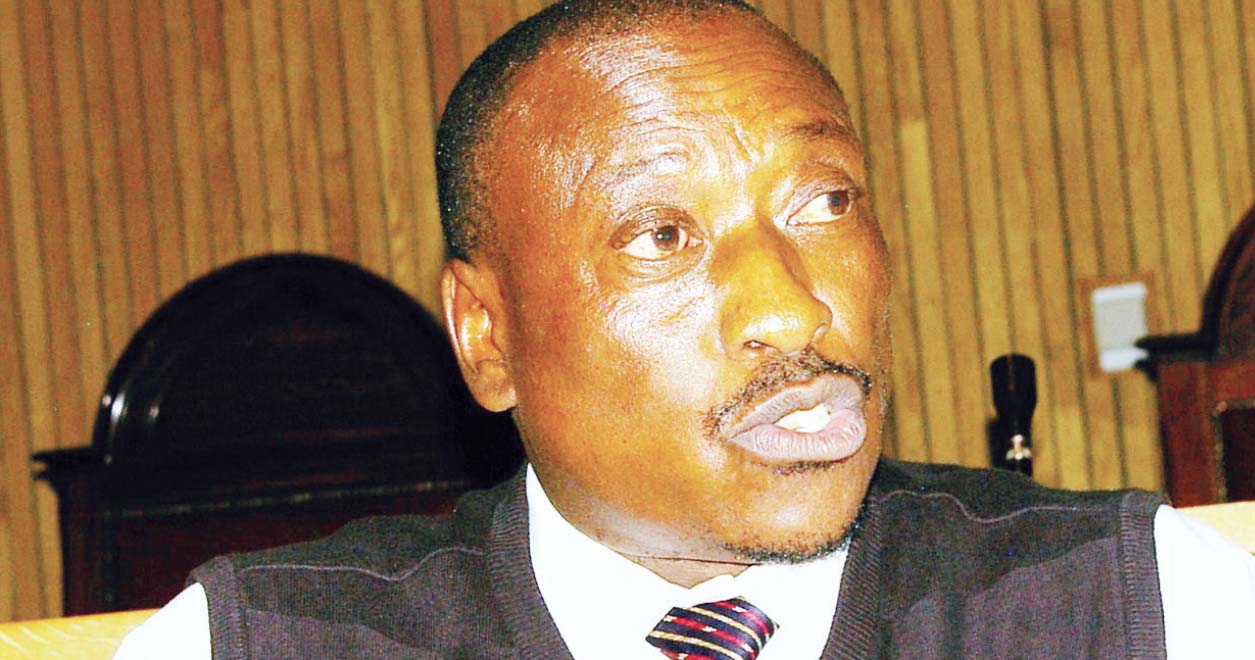 Top lawyer told he is not a Lesotho citizen

FORMER Law Society of Lesotho President, Advocate Zwelakhe Mda KC, is suing the government for denying him a national Identity Document (ID) and passport on allegations he is not a Lesotho citizen.
According to papers filed before the Constitutional Court on April 16, Advocate Mda wants the Court to review and set aside the Ministry of Home Affairs’ decision to refuse to give him a replacement passport on the basis that he does not have an ID.

The lawyer is also seeking an order declaring the link between the acquisition of a passport with the application of an ID “an unconstitutional violation of freedom of movement”.
Advocate Mda further asks the court to declare particulars in his current passport sufficient information regarding proof of citizenship, birth and age “for purposes of Section 14 (2) (a) of the National Identity Card Act, 2011”.

The lawyer also seeks an order directing the Minister of Home Affairs, Joang Molapo and the Director of Passport Services, to consider his application for a replacement passport.
In his lengthy affidavit, Advocate Mda states that he is “a Mosotho male adult of Wepener Road in the Mafeteng urban area in the district of Mafeteng.”
He continues: “I am an advocate of the High Court of Lesotho and High Court of the Republic of South Africa, duly enrolled and admitted to practice as such.
“I am a citizen of Lesotho by birth. I was born on 22 September, 1956 in Lifateng in the district of Mohale’s Hoek.
“I refer this Honourable Court to my birth certificate issued by the government of Lesotho on the 27th April, 1995. I confirm that the information appearing on the said document was given to the authorities by my late mother, Nompumelelo Rose Mda.”

Advocate Mda also gave a brief background about events leading to the lawsuit.
“I learnt that the 1st respondent (Mr Molapo) had made statements in the print media and radio that no replacement passports would be issued to persons who were not in possession of national identity cards.
“Being aware that my passport would expire on the 30th May 2014, on the 21st March 2014, I went to the Mafeteng Passport Office where I showed my birth certificate to the attending officer and inquired
whether my replacement passport could be processed.
“She categorically indicated to me that it could only be processed on the basis of a new birth certificate issued pursuant to the National Identity Cards Act, Number 9 of 2011.”

The 58-year-old lawyer further states: “On the 25th March, 2014, I went to the Mafeteng Post Office where applications for identity cards are processed. I went there with the intention to apply for the issuance of a new birth certificate and identity card.
“My application was settled by the attending official to whom I submitted a letter from Chief Majara Seeiso, the local chief of Mafeteng urban area, confirming my citizenship and date of birth.
“The said attending officer filled my application forms relying on the said documents, and he showed me where to subscribe my signature and I duly signed.”

He alleges things took a new turn a week later when he received “a disappointing letter” announcing his application had been rejected.
“On the 3rd of April, 2014, I received a letter from the district manager of the National Identity and Civil Registry Office, namely Keketsi Litšoane, inviting me to his office and I attended on the same day.
“Mr Litšoane then informed me that my application had not been successful because his investigations had revealed that I was not a citizen of Lesotho; he promised to give me a formal written report of his decision in due course. On the 9th April, 2014, I received his written decision as promised.”
Mr Litšoane’s letter, dated April 9, 2014, is also attached to the court papers.
Part of the letter reads: “Kindly note that your birth certificate application has been declined based on the following reasons:
(1) Investigation conducted by our office revealed that you were not born in Lifateng as alleged in your application, but rather in South Africa. You only came to Lifateng while you were already born.
(2) Investigation further revealed that your father, Solomzi Mda and your mother Nompumelelo Mda, came to Lesotho from Herschel, South Africa and are not Basotho but South Africans who only came to settle in Lifateng.
(3) According to the Registration of Births and Deaths Act of 1973, Section 42, you are not eligible to be issued a birth certificate in Lesotho but in South Africa as your country of birth.”

However, Advocate Mda argues there can never be any doubt that he is a Lesotho citizen.
“The official documents I was issued with before the promulgation of the National Identity Act of 2011, are documents which evidence my citizenship and place of birth in the country, therefore my
citizenship cannot be questioned in any form or shape.
“I have, at all material times of my life, been enjoying without any restriction, all my rights and privileges bestowed by the law as a citizen of the Kingdom of Lesotho, which among others, include the use of my current passport, exercising my right to vote since 1993 in terms of the constitution of Lesotho, and becoming a member of the Council of State from 2011 to 2012 in terms of Section 95 (2) (j) and (3) of the constitution.”

He further argues Mr Litšoane “or any other Home Affairs Ministry officials” were wrong in rejecting his application without giving him a chance to present his case.
“Litšoane was wrong in his findings that my parents were not Basotho but South Africans, as my parents were naturalised citizens of Lesotho; and were even buried in Mafeteng.
“I could not readily locate the relevant documents relating to my mother. I refer this Honourable Court to the passport of my late father.”
Advocate Mda says now he cannot access services from the government and other institutions in Lesotho without producing the ID.
“I often travel to South Africa as an advocate of the courts of both jurisdictions. My constitutional freedom of movement is under immediate danger of violation with the apparent unlawful revocation of my citizenship. I need a replacement passport urgently,” he stressed.
Advocate Mda’s lawyers and the lawyers representing the respondents are expected to appear in court on Tuesday next
week, to set a date for the hearing of the case.