Matlama out to stop in-form Liphakoe 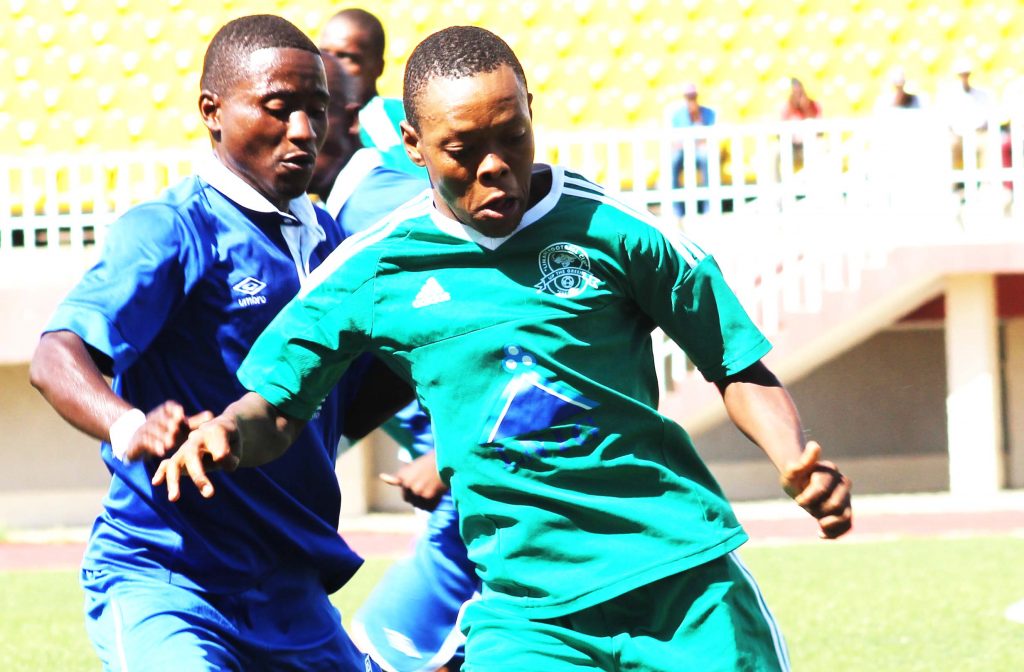 MATLAMA coach Moses Maliehe has rallied his troops to show their title ambitions when they travel to Quthing on Saturday to play in-form Liphakoe in a Vodacom Premier League (VPL) clash.

Tse Putsoa have collected four points from their two opening matches and Maliehe says he expect more from his charges who finished second behind champions Lioli last season.

“It is going to be a tough and exciting match because Liphakoe have been doing very well,” Maliehe said.

“Facing a big team like Matlama will be a huge motivation at a time they are enjoying a good run of form.”

He said it was time his side showed their mental strength because playing away from home would make the encounter even more difficult.

“The fact that we will be playing away from home makes the match more difficult, but we will be up to the task as we need to collect maximum points from every game.

“Our pre-season preparations were hectic and the team is only taking shape now. I am confident we will improve with time.”

“He really saved us on the day and is proving to be a good signing,” he said.

For his part, Liphakoe general manager Moeketsi Ramakatsa said the Quthing side would remain grounded despite back to back victories over LCS and Rovers.

“We have been preparing hard ahead of this big match,” Ramakatsa said, adding unity was behind their impressive start to the 2016/17 premier league season,” he said.

“The team spirit is high, there is togetherness, the players are disciplined and responding very well to the philosophy of coach Teele Ntšonyane.”

Ramakatsa indicated their goal was to be among the top teams at the end of the season, adding they were targeting their first win over Matlama since returning to top flight football last season.

“We have to stay humble to achieve our goals and, luckily, our coach is very good at passing that message to the players so that complacency does not get the better of us,” he said.

“The other motivation going into the game is we have never beaten Matlama since making our way back to top flight football so it will be our objective on Saturday,” he said.

In the other Saturday matches, Rovers host LDF at Machabeng Ground in Roma while newcomers Sky Battalion, who stunned Linare and Sundawana in their previous matches, visit LCS at LCS Ground.

LMPS are at home to Likhopo who lost their opening two matches.