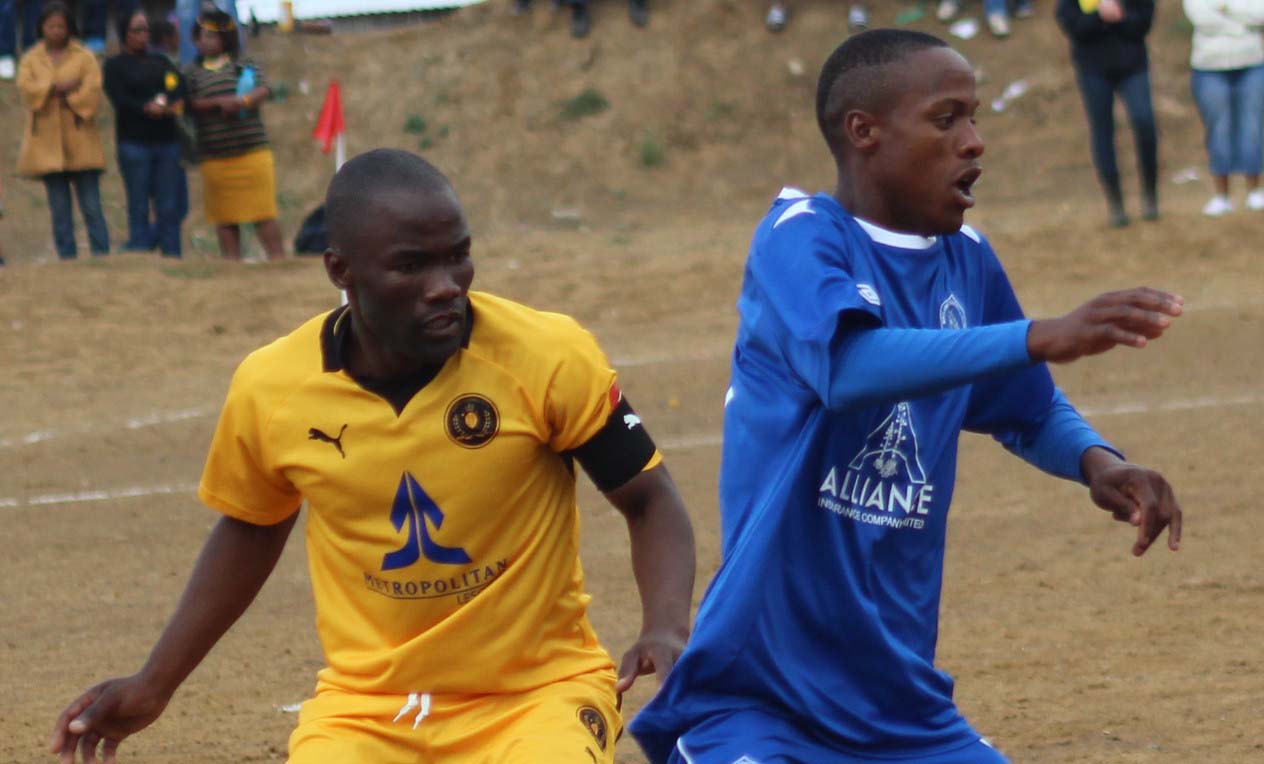 Matlama beat LCS 3-0 on Sunday to easy the pressure on under-fire coach, Ntebele ‘Tata’ Taole and also boost their chances of finishing among the top four teams at the end of the 2014/15 Vodacom Premier League season.

Tse Putsoa are in fifth position on the 14-team premiership table—three behind fourth-placed LCS—with teams that end the season within the top four qualifying for the Independence tournament scheduled for October this year.

Second-placed Bantu beat Qoaling Highlanders 2-0 , also on Sunday, with the league’s top-scorer, Litšepe Marabe, grabbing both goals for his side. The hitman has now scored 18 league goals this season.

However, Bantu trail log-leaders Lioli by five points going into tomorrow’s league clash set for Leshoboro Stadium in Mafeteng. With five matches to go before the season comes to a close, whoever wins tomorrow’s tie stands a good chance of winning the league title, currently held by Bantu.

Meanwhile, there was also a win for Likhopo who beat Kick4Life 2-1 on Sunday to push the rookies further into the relegation quagmire.

In another league match also played on Sunday, Likila United drew 1-1 with Nyenye Rovers in Butha-Buthe, which kept both teams in mid-table and away from the relegation zone.

On Saturday, Lioli beat LDF 2-0 to boost their chances of lifting the league title, which they surrendered to Bantu last season.

Tumane Lethakha scored an own goal while Junior Maba sealed the win for the Teyateyaneng-based outfit.

With the win, LMPS moved to 11th on the table, while Mphatlatsane are second from bottom and in danger of losing their premier league status come end of the season.