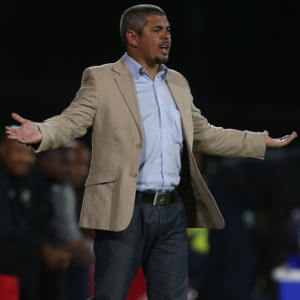 Maritzburg United have released a statement on Friday confirming the departure of coach Clinton Larsen.

The club has revealed they told Larsen of their intention on December 18, two days before he sat on the bench for the 2-2 draw with Mamelodi Sundowns that brought a close to Maritzburg’s 2013 programme.

The club say they are in negotiations with a number of coaches for the vacant position, which Larsen held for just nine games after arriving from Bloemfontein Celtic in October.

“The board has cited the string of poor results where Larsen achieved five out of 27 points during his short spell at the club,” Maritzburg chairman Farook Kadodia said in the statement.

“It was clear that Larsen would not achieve his targeted objective in his contract of reaching the top 8 at the end of the season.

“Larsen joined the Team of Choice after they had played six matches and were sitting in the top eight with eight points, struggling to maintain their position while only achieving one win in nine matches.

“The club are in the process of appointing a new head coach who will be announced by next week.”

Protector named “newsmaker of the year”

Rand weakens to a five-year low after China manufacturing data